A glimpse into the Fuhrer's everyday opinions.

For a dead guy, Hitler is doing a pretty good job of gaining an online following. His YouTube comedy channel has now passed both Shane Dawson and Fred, and he's up for a Clio for his Mercedes commercial.

Some may claim his viral comedy videos, which include such topics as taking the Idaho Dental Assisting Board exam, shopping for gluten-free pasta at Trader Joe's, and giving anger management classes to the Kardashian sisters, are overrated and derivative. But the numbers speak for themselves.

While establishing his brand on Twitter, Pinterest, and Snapchat, the Fuhrer also uses Facebook as a marketing tool. You may have seen his post, verified as authentic by USA Today, offering Poland to anyone who likes and shares his status. Just the other day, he ran across this Facebook quiz, and he was like, “Netflix is running slow as shit right now and I'm bored as fuck; so why not?”

OK, sorry. That was a little rude. Still bummed about the Kanye and Kim thing.

Khaki, of course. Idiot! Do you think these cargo shorts make me look fat?

THE WORLD. The entire world is my beverage!!

“Sometimes When We Touch.” Don't care what anybody says; Dan Hill was a genius. 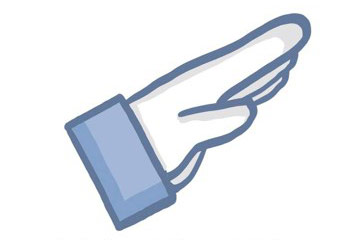 My team of military scientists has developed a hybrid phone/tank that will soon be deployed on the Russian front. Hundreds of thousands of them. An unstoppable Panzer division of phones that will rain death and destruction on all who would question the eternal supremacy of The Motherland. My prototype death-phones will destroy all who would attempt to stop me. Oh wait; hold on. Phone just died.

Abduct to secret stalag by Gestapo agents and shoot in head.

Supreme. I already told you. Idiot. (Shoots Facebook in head once again.)

Really?? (Shoots Facebook in head yet one more time.)

That's really the core question in all human relations, isn't it? Deepak Chopra had a video series on PBS that addressed this all-important question. Interpersonal peace is more of an ongoing process than a momentary imperative. The Bhagavad Gita says…I'm just kidding. (Shoots Facebook in head and kicks it with boot.)

Well, let's see. It's light outside and there's a big, shiny orb in the sky. Let me think. (Reaches for sidearm to shoot now completely cold and immobile Facebook.)

Well, let's see. It's cold as shit and I'm up to my ass in snow. Let me think. (Stabs Facebook in face with ice pick, just for variety.)

Better than that. Gave oration and got the entire fucking country off simultaneously in the biggest orgasm in recorded history.

Yes, please. Lol. See? Not only monster of history, but comedy genius as well.

Makeup or no makeup?

Just when I go out, but I try not to go overboard with the mascara cuz I don't wanna look like a whore.

Letterman. He was such an asshole.

The Sound and the Fuhrer. Sorry.

Dallas Cowboys. I've always somehow felt I shared a kindred bond with them.

Hair up or down?

Depends on my mood.

WHAT?? I am the supreme commander of the Axis Powers, one of the most powerful military juggernauts of the 20th century, and you ask me a question like that?? Have you lost your mind?? OK, jk. I like Spandex, but it makes my calves itchy.

Depends. If I'm going to the mall, I'll put on my wifebeater. But if it's a nice place like, say, Olive Garden I'll wear something with sleeves.

WHAT?? How dare you ask me that! Swine! It goes without saying that I have the biggest, most glamorous purse in the history of Western civilization.

Just one. A One Direction one. Yeah, I know. I was drunk. What can I say?

Before or after the Battle of Berlin? Haha. The Fuhrer's comedy genius knows no bounds.

(Finds a way to retroactively complete heavy water experiments and proceeds to nuke Facebook back to Stone Age.)

5. Evie “Make Me a Sandwich” Braun

How to Stop with the Negative Self-Talk, You Dumb Annoying Idiot
Maddy Schmidt
The Comment Section of a Recipe for a Revenge Spell
Libby Marshall
Ways to Say “I Love You,” Adjusted for Inflation
Luke Strathmann
Buddy, You Went and Messed with the Right Guy
Michael Pershan