An educational test for the life-long learner, from elementary school to adulthood.

For this reason, I have devoted myself to helping other teachers design discussion and test questions that will measure the reasoning capabilities, creativity, and maturity levels of individuals at four distinct stages:

The basic, intermediate, and advanced levels are for those students who are still in school. Students at the "basic" level are the youngest learners, usually from the ages of 7 to 14. For these students, it is necessary to keep the questions interesting and fun.

Students at the "intermediate" and "advanced" levels include learners from the ages of 14 to 22. These students often have a wide range of abilities; therefore, it is important to ask them serious questions that require them to consider deeper philosophical, social, and moral issues. For these three levels, it is essential to include specific "commands" with each question so that students know exactly what you want them to do. (Specific "commands" include words like discuss, debate, describe, consider, examine, explore, experiment, brainstorm, ponder, and so on.)

The "professional" level involves mostly reading selections and multiple choice questions that are designed to measure common sense reasoning abilities. These questions seek to test how adults will react to regular, everyday scenarios.

It is my sincerest hope that the following test questions will serve as a most excellent example for teachers seeking a more accurate means of assessment to measure the growth of their students.

2. If you were going to get eaten by an animal, which animal would you want to get
eaten by? Explain.

3. How hot do you think Hell really is? Get together in groups and discuss.

4. Where do babies come from? Brainstorm ideas and draw a concept map. (Or, to make it more personal: "At one point in time, your mom gave your dad a special look while they getting drunk in a tavern together…and now you're here. Explain everything that happened in between.") 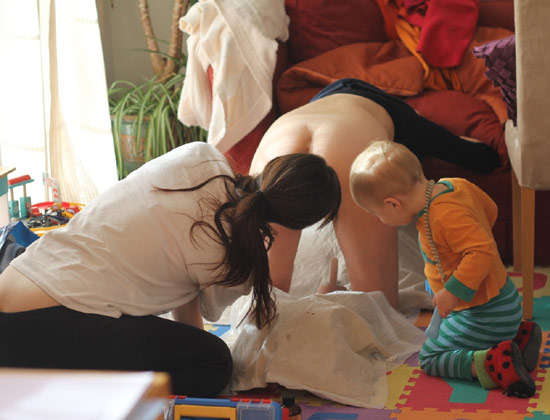 1. What is your opinion of breast implants? Form two teams and hold a debate.

2. Adults keep telling you that cigarettes are bad for you, but how do you really know this is true if you haven't tried one? Have you considered the possibility that adults are lying to you because they don't want you to be happy? …Ponder.

3. Many of your teachers (myself included) drink excessively when they are not at work.
Consider, examine, and explain the reasons why this is your fault.

1. Some people say that everything exists within a "yin-and-yang" type of balance. If this is true, then good and evil cannot exist without each other. If good is the opposite of evil…then good cannot exist without evil because the concept of good (by definition) depends on the existence of its opposite, which is evil.

2. Scientists predict that millions of years from now, the sun will eventually run out of energy and collapse inward. But before this happens, it will expand outward and burn up all of the planets closest to it, including the Earth. If this process happens slowly, increasing heat from the sun will dry up the Earth. All water will evaporate, and the human race will die a slow, painful, agonizing, and scorching death as everyone begs for water but can't find any.

On the other hand…if this process happens quickly, people will not have enough time to utter horrible screams of madness and insanity before massive loads of heat and radiation penetrate the Earth's crust and blast away all forms of life in a relentless and terrifying manner.

Given that the human race, with all of its civilizations and accomplishments, will eventually face one of these two scenarios…does it really matter if you pass this class?

You also begin to notice that she has a very intense and serious look on her face and that everything she is saying is loaded with meaning and importance. You can tell that she is really concerned about the matter at hand because she is investing all of her energy and mental focus into every single word. Then it happens…she stops talking. You begin to panic because you know exactly what this silence means. She wants to know what your thoughts are about everything she's been saying to you for the past 30 minutes.

What do you say to her?

1B. (FOR WOMEN) Your husband keeps late office hours, and he has been working overtime every single night…for the past four years. He's hardly ever around. When he is around, he keeps talking about his secretary, Pamela. What do you do?

2. Read the two passages below very carefully. After reading them, answer the questions that follow using the best of your logic and reasoning abilities.

Everyone at work has been noticing that something is wrong with Jack. He just hasn't been himself lately. Jack is usually a very positive individual who loves talking to people, but this week he has been avoiding conversations. People want to comfort him, but nobody knows what to say. A few co-workers know that he has been in a very serious relationship for the past few years, but they don't know any specific details. Jack was seen reading a letter one day in his cubicle. He looked incredibly sad while reading the letter, and he put his head on his hands for a very long time before putting the letter away. While he was driving home, numerous love songs were playing on the radio. None of these love songs seemed to bother him, but when the band Starship came on the radio with their 1985 hit song, "Sara," Jack began weeping uncontrollably.

Based on the evidence given in this passage, sufficient reasoning would lead a person to conclude that Jack recently had a painful break-up with his girlfriend and that his girlfriend's name is:

After laughing quite a bit, you decide to: