7 Things I Want to See During the Apocalypse

The end of the world needs some color.

1. Meteorites Landing on People as They Come Out of Church

There is nothing I love to do more than wake up early on a Sunday morning, sit outside, and crack open the very first beer of a 30-pack as I proceed to enjoy yet another beautiful morning of moderate drinking. In fact, drinking beer and watching other people go about their daily activities has always been a hobby of mine.

But I have to admit, this hobby of mine would be a lot more interesting if I was able to watch meteorites land on people….especially right after they come out of church. That's the best time. These people just sat through an hour-long service believing that their sins have been forgiven (because, of course, one hour of sitting in church will make up for six days of horrifying behavior), and they leave the church building feeling purified and cleansed because they just did something "good": they sat there absent-mindedly for an hour, didn't hear anything the pastor said, and put a dollar in the collection basket. And in all fairness, they actually have been good people on this fine, sunny morning…because it's hard to misbehave when you're sitting on an uncomfortable wooden bench unable to do anything else except stand occasionally, sing, and then sit down again.

Imagine a creepy, demonic clown so terrible-looking and ugly that it would frighten the most powerful of the Heavenly Saints. Oh wait, this is already going on…But most importantly, they just got done praying that they could be "closer" to God… well, what better (and quicker) way to be closer to God than to have a lightning-fast meteorite from outer-space hurl right into your body with such tremendous force that it completely vaporizes you right as you're walking to your car…which is probably parked in the handicapped zone, you lousy bastard.

Frank: Jesus Christ, what happened to Bob? He was just here a minute ago.
Bill: I don't know Frank….beats the hell out of me.
Frank: Well, that's awfully troubling. What are we going to tell his family?
Bill: I don't Know, Frank. What do you think we should do?
Frank: Ah, fuck it. Let's go get a beer?
Bill: Yeah, let's do that. Hey, it looks like that guy across the street just cracked one open. Let's go hang out with him.

2. An Increase in Poltergeist Activity

I saw a movie the other night about a young couple who had finally found each other after years of searching for true love. It was a magical story about the lives of two beautiful people who crossed paths after struggling to find happiness and meaning. As destiny would have it, their long search ended when they realized that the happiness each of them was looking for was in the arms of the other. They confessed their love to each other in a scene that would make an angel cry, and the movie ended with an elaborate wedding. Happy families cheered and celebrated, birds soared through the sky, and the young lovers embraced as they began their happy life new life together.

I shed many tears of emotional glee as I watched this amazing love story unfold, but I couldn't help thinking…wouldn't this story be more interesting if the happy, young couple walked into their new home and suddenly noticed a chair floating ominously above the furniture in their living room?

And wouldn't it be cool if other pieces of furniture suddenly started flying around, crashing into various locations throughout the room as the lost spirits of numerous angry souls rose from the floor in the form of vaporous mist, sucking all the heat out of the air with their rage, causing the temperature to drop below freezing while every door in the house began opening and slamming shut in wild fashion? And while this was going on, dark shadows on the walls would form angry faces as the paint began to peel off, and a sudden thunderstorm caused tree branches to crash through all the windows. And best of all, the little toy dolls that friends purchased for the couple's future children as wedding gifts suddenly came alive and tried to stab the couple with little pins.

Well…maybe this will happen in the sequel? One can only hope. But somehow, I just don't believe that random meteorites landing on churchgoers and occasional poltergeist activity would bring enough terror in order to qualify for the Apocalypse. Therefore, these next three are truly terrifying.

3. The Earth's Population Falling Under the Relentless Tyranny of a Demonic Clown

This one would be truly horrible. Imagine a creepy, demonic clown so terrible-looking and ugly that it would frighten the most powerful of the Heavenly Saints. Even God Himself would shudder when glancing in the direction of this Entity, this Beast of Pure Evil. Now, imagine that this demonic clown gains world-wide influence and control through the most devious of plots. People all over the world would begin to live such frantic and hurried lives as they toiled hopelessly under the control of the corrupt governments that ruled each of their nations. Their lives would be filled with so many deadlines and so much pressure that they couldn't even cook for themselves because they simply wouldn't have time. As a result, they would have to rely on this demonic clown to feed them horrible, rotten, shitty, food that would poison their insides and break down their immune systems, causing them to die early yet slow and agonizingly painful deaths.

Oh wait, this is already going on… 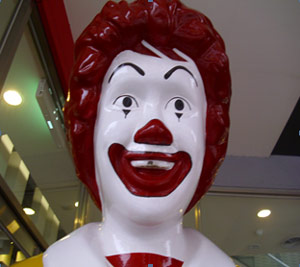 Imagine this: when children aren't being brainwashed and turned into soulless, obedient drones under the cruel and heartless system of public education, they're sent to these special "camps" where the "socialization" process continues.

Just when they finally get a break from the pain and torture caused by the psychologically damaging social pressures they face underneath the well-established and maintained hierarchies of doom that dominate the world of their official schooling, they're sent away to these special "camps" so that they don't have time to recover. Their parents, fattened, internally sick, and slowly dying from eating the food served to them by the demonic clown, actually give some of the food to their own children, along with some Ritalin, and then dump them off at these camps where they are forced to eat more poisonous food while engaging in special activities designed to make them more "obedient."

The camps are run by a carefully selected force of young, angry, belligerent, sexually-hyperactive, highly unstable, power hungry "counselors." The counselors spend lots of their time screaming at each other, fucking each other, and occasionally drinking as they enforce the rules that keep the entire system of terror fully operational. Once in a while, a counselor will go completely ape-shit under extreme pressure and may even sexually abuse one of the children. But if the children cross their fingers and say their prayers, maybe this won't happen. If the children are lucky, they might even survive the entire experience without permanent psychological damage.

Oh wait, we already have these… 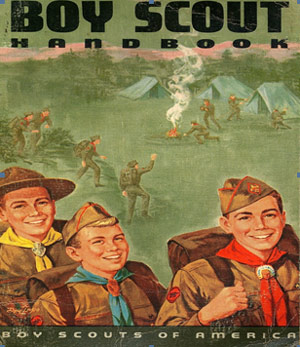 5. Massive Institutions of Hell That Dominate the Economy and Enslave the Souls of the Crushed

Surely this one is the cruelest of all…truly Apocalyptic in nature. Not only do these institutions ruin the economy, they also enslave their workers and drain the remaining life out of their souls. Permitted to grow, these institutions will eventually create "black holes of doom" all over the Earth as they suck in and destroy anything good that may possibly try to exist.

Oh wait, we have these, too…

6. Collision with Another Planet

Well, apparently the first five aren't going to qualify for the Apocalypse; meteorites and poltergeist activity aren't devastating and destructive on a big enough scale, and we already have the last three.

That leaves us with only one hope for the complete destruction of the world: collision with Planet Nibiru, or Planet X as some people call it. Apparently, the orbital direction of this massive planet has set it on course to collide with the Earth…but right before it does, it will create extremely horrible damage. This damage will supposedly include rapid rotation of the Earth, pole shifting, 200 mile an hour winds, the eruption of every single volcano, intense flooding, and other extremely bizarre and universal horrors that will permanently wipe out mankind. 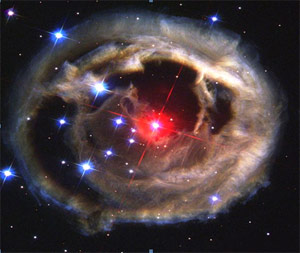 Yes, it's even bigger than a Walmart Supercenter.

So, now we are left with only one more hope for the Apocalypse. Numbers one and two aren't destructive enough, we already have numbers three, four, and five…and number six, Planet X, is merely another Y2K.

But, there is still one more way that we can achieve the Apocalypse…

7. Everyone Who Argues About Religion Wins Against Their Enemies

If this actually happened, you wouldn't need apocalyptic meteorites, poltergeists, demonic clowns, torture camps, Walmart Supercenters, or even foreign planets to wreak havoc on humanity in the final days. You just need to let everybody who argues about God have their own way. Just think of it:

If everybody wins…guys who do nothing but sit around drinking beer on Sunday morning might actually survive the Apocalypse and live to build a new society.

More Like This
Spicing Things Up: 8 Things I Want to See in “Sean Spicer: Season 2”
Alcy Leyva
5 Things Trump Can Do to Be a Better President While I Wait for Season 6 of House of Cards
Hayden Church
8 Tips to Avoid Queefing During Yoga Class
Ginny Hogan
Resources

Does anyone want to be in a platonic relationship? Asking for a friend.