Everybody dies, but the big question is when and how. Why not put your money where your top ten celebrity corpses lay?

>Nathan DeGraaf: Justin, I hope life is treating you well and all your friends and family are eating caviar and shitting gold (what can I say? I'm optimistic). I'll weigh in on the lat two games of the series in a minute, but first a little anecdote I'm sure you'll enjoy. <br /> 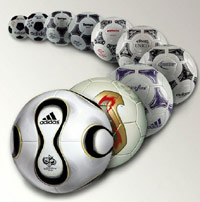 Running a Diary in the Freezing Pro Bowl Cold

Whenever I get rare weather and a football game on the same day, I feel I owe it to you to don my Bill Simmons cap and document the day's events.

Yeah, We Picked the Big Game

Yeah, we’re a day late with the Super Bowl pick. What do you want? Here's our Super Bowl 2006 predictions.

PIC legend and actual sports journalist, Justin Rebello has joined me in picking them games during the post season.

It might take some sumo training in giant diapers and dirty ball-kicking tricks, but the battle to become UFC Champion is well worth it.

Picking Them Games Like He Picks a Fine Simile

<a href="https://www.pointsincase.com/nathan/uploaded_images/football-721733.gif"><img style="float:right;cursor:hand;margin:0 0 10px 10px;" alt="" src="https://www.pointsincase.com/nathan/uploaded_images/football-714043.gif" border="0" /></a>This week, in the interest of learning how many steak dinners I can purchase for my bookie’s baby momma (should that be hyphenated? When the hell is P Diddy gonna come out with an Ebonics dictionary? If Kanye west got in on the project, they could do it in a week. Seriously guys, help out a paleface. I’m masturbating with gloves on here. Throw me a bone), I am making three picks at $50 apiece. Home teams in capital letters.<br /><br /><strong>GIANTS (-2.5) over Broncos</strong><br />Okay, this is why I love America. Though it is true that the Giants barely covered against the (surprisingly) well-coached Cowboys and that the Broncos rolled over the Patriots (roughly 5,281 feet above sea level), I am still of the opinion that the Manning-led Giants are not getting enough respect. At home against Shanahan’s stupidity, the Giants should at least give the obligatory 3 points. I’m taking the favorite.<br /><br /><strong>Steelers (+1) over BENGALS</strong><br />As someone who’s having a hard time adapting to this whole successful Bengals team, I have to say that this spread is the crock of all crocks. I mean, look, I’m willing to admit that Carson Palmer is good. I’m willing to admit that the Bengals have a legitimate shot at going to the Super Bowl. I think Bill Cowher is a moron. All signs point to a Bengals victory, which would lead me to pick the Bengals easily if Vegas had decided to favor them by 3 points, or even 7 points, but instead they gave them one stinking point. You see, even Vegas has no faith in the Bengals (and they’re at home). This cannot be a slam dunk, so it follows then that I take the underdog. So that’s what I’m doing.<br /><br /><strong>BROWNS (-2.5) over Lions<br /></strong>Originally, I wasn’t gonna take this one. It really doesn’t make much sense to me. I could see the Lions really stunning the Browns here. The Lions strike me as one frustrated, pissed off team, ready to explode at any moment. I was not walking, I was running away from this pick, and then Tony, my gambling partner, told me that if I made this pick and lost, he would buy me a 12 pack of Yuengling. Aw, hell.<br /><br />Total Record 6 – 5<br /><br />Total Earnings: $47

Not Another Baseball Article

Or is it? You have to admit, with players named Coco Crisp, and league suspensions for things like milk-chugging contests, the MLB is hot.

It's the South's race against futility, but unfortunately, these drivers are going nowhere fast. At least they're not pulling their mobile homes.

Olympic Sports That Ought to Exist But Don’t