Whitney Houston is Smoking Crack in My Kitchen

“There's an intruder in my house.”

“Alright, I need you to stay calm. Are they in the house right now?” 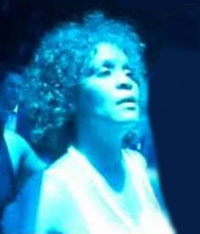 “Can you describe the—”

“Whitney Houston is smoking crack in my kitchen.”

“I don't [expletive deleted] know her, it's Whitney Houston.”

“Are you currently taking any medication?”

“No, the crazy bitch stole every pill I had. If I still had any medication we wouldn't be having this conversation.”

“I see. And what is your address, Mr. Thunderbird?”

“What exactly do you mean by occupying? Is that your primary residence?”

“Until the owners get back or the city tears it down. Look, I wouldn't care about this whole Whitney Houston thing except that it's my crack she's smoking. I mean, who the hell does she think she is? She's [expletive deleted] rich! You know what I had to go through for those drugs?”

“I'm going to transfer you to the—”

“To the police department and they should be able to—” 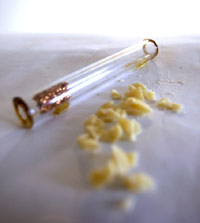 “To what? Bring me some more crack? I'm not blowing anyone else today, so forget it.”

“Who the [expletive deleted] are you?”

“This is Detective Johnson, I'll be taking your case from here. So I understand you have some illegal drugs that were stolen from you?”

“I told you, it's Whitney Houston. She's been wailing like that for hours. She's all [expletive deleted] up on drugs. So are you gonna send an exorcist or not?”

“We can send a squad car to your home in ten minutes. Can you wait that long?”

“Pick me up some chicken first, it's on the way.”

Part Two: The Episode of COPS

Officer 1: “We're responding to a 911 call by a local homeless man named Copernicus Thunderbird. He claims that the ghost of Whitney Houston is stealing his crack cocaine. We've had several run-ins with this man in the past. He's a vagrant and a drug addict. We believe that the address he gave us over the phone is the house he's been squatting in lately. He's mostly harmless, but very mentally disturbed and highly delusional. He frightens people. Last week we had to pick him up for wandering around naked and eating a dead cat. We don't know who's cat it was, so we weren't able to press charges. On top of that, he's a paranoid schizophrenic and one of his split personalities is an attorney. Thing is, he's really good. Quite frankly, we just don't know what to do with him. There are centers that treat crack addiction, but hell, even the mental hospital won't take him back.”

The officer and his partner arrive on the scene. The house from the 911 call is derelict and without electricity. A Caucasian male in his mid to late fifties is standing on the front porch. The man is approximately six feet tall, 150 lbs. He has frizzy long grey hair and a full beard.

Copernicus: “About time you [expletive deleted] got here. Did you bring me any chicken?”

Officer 2: “No, we didn't bring you any chicken, Copernicus. So when did you get this house? Last time we saw you, you were living in a dumpster behind Red Lobster.”

Copernicus: “And you didn't bring me any lobster, either. My tax dollars pay your [expletive deleted] salary, the least you could do is show some appreciation!”

Officer 1: “So what's all this we hear about Whitney Houston?”

Copernicus: “What about her?”

Officer 1: “Do you remember the 911 call you made earlier? You said that Whitney Houston was in your living room. You said she was smoking crack.”

Copernicus: “No I didn't. I said she was in the kitchen. Don't twist my words around like that, I'll have your [expletive deleted] badge.”

Officer 2: “How much have you had to drink tonight?”

Copernicus: “Only what was in the bottles. Wait a minute, you [expletive deleted] aren't priests! How do you plan on arresting a ghost? You gonna handcuff her to the spirit realm?”

Officer 1: “I don't think there is a ghost. In fact, I don't think there's anyone inside that kitchen at all. I think that maybe you just made it all up. I think that you were the one smoking crack in the kitchen, and you heard a Whitney Houston song on the radio that made you dream up a little hallucination. You remember how we talked about fantasy and reality, and how sometimes you get them mixed up? Tell you what, we're going to do you a favor. We're going to get back in that squad car, and we're going to drive away and not arrest you. But in return, we don't want to hear any more trouble out of you. Deal?”

Kitchen window shatters from inside. Both officers draw their guns in panic.

Officer 2: “What the [expletive deleted] was that?!” 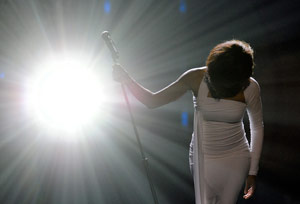 Female voice from inside house: “And iiiiiiiiiiiiiiieeeiiiiieeieieieieiiiii will always aaaaaaaooooooouuuu!!! Bobby! Is dat you, Bobby? Come snuggle wit yo hunny bear.”

Spectral figure bearing a striking resemblance to Whitney Houston floats through the wall of the house and into the yard. Officer 2 fires four shots, each of which pass harmlessly through the ghost.

Copernicus: “Told you so. Well, what are you waiting for? Arrest the bitch.”

Officers jump into squad car and drive away. Cut to commercial.