Is "My Beautiful Dark Twisted Fantasy" Really That Perfect?

Sorry for the delay folks, concert season is coming to Toronto so I've been hustling hard and sometimes I'll start to look at my overgrown Movember moustache in the mirror and lose all track of time. 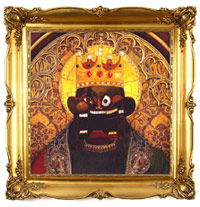 So what's new in the music world?

Kanye West's album “My Beautiful Dark Twisted Fantasy” came out recently, and unlike his mainstream counterparts, Kanye's not fresh off a prison sentence or drug addiction.

Kanye's promoting artists one minute, then talking about how recess is an important part of the education system the next. Before Kanye, the last album Rolling Stone gave 5 stars was Elton John's album with Leon Russell, which was only fair because Leon Russell looks like an angry Gandalf and Elton John is the world's most dangerous man (you didn't know?).

So how does this twisted fantasy sound? Amazing; it's an orchestral masterpiece mixed with ghetto-ass lyrics, and although the extended outros on some of the songs seem like overkill, he manages to make it sound good… but that's not the point. Kanye West made sure this album would be huge and successful by promising it to us ahead of time.

After bitching and complaining that he got Emmet Till'd (his verb, not mine) by the media, Kanye West decided to go on the offensive and do a few interviews to set the record straight and open up his doors… kind of.

I don't know whose idea it was to get Kanye on Twitter, but give that person the Nobel Prize for entertainment (those still exist right?) because that account is pure comedy gold. Seriously, go look now and try to make heads or tails of it; he's promoting artists one minute, then talking about how recess is an important part of the education system the next.

He agreed to do an interview with XXL magazine on the condition that he was given full editorial privileges. The magazine obliged and the result was a 40-page spread that Kanye put together himself. Unfortunately, only a dozen of those pages featured any actual text and only a page of writing was done by Mr. West, who chose to decorate the rest of the spread with pictures of things he likes… such as a small Andy Warhol painting, a pair of cups, and a multicolor chair.

Kanye's first public appearance was on The Today Show, where he felt he got blindsided by Matt Lauer's questions. However, it's unclear as to what Kanye expected to be asked. Matt Lauer is not an investigative journalist, he is not intimidating, and the questions he asked could've been answered by a Kanye fan better than Kanye himself. However, Kanye still made a big deal out of it, cancelling his performance and taking to Twitter to rant about how he hates every facet of the media.

A few days after that, Rolling Stone gave his album a perfect rating.

I'm not saying it's not deserved—I think this may be the album of the year—but it's certainly not perfect. I feel like the blogs and critics are walking on egg shells to make Mr. West happy and to save themselves from the bad publicity.

After the hype dies down and we move on, do you think this album will still be considered a 5-star success? An album to use as a benchmark for all other albums from this genre? The last rap album to receive this much critical acclaim was Illmatic, which is still considered one of the top five rap albums of all time. Can the same be said for Kanye's latest? Everyone seems to think so. Do you?