It seems that neo-feminists have gotten their uteri in a twist.

What is the one section of the population that is liberated by unrestricted pubic hair growth, completely incapable of humor, and prone to implacable misplaced rage at performing artists? …Ahh, sorry, we were actually looking for "Abominable Snowmen at a Nickelback concert." But since you brought it up, what the fuck is up with feminists? 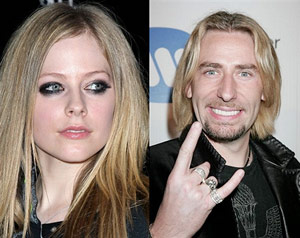 To ensure that my inability to sloppily find a clitoris in an awkward sexual encounter like a comedy writer looking for an analogy for trying to find a clitoris isn't due to any inflammatory remark I make on PIC, let me preface my litigation with this: I think feminism is fucking cool. I would have run an underground train on Harriet Tubman; Susan B. Anthony was a testament to the achievement one can achieve if relentless in the pursuit of equality; and Helen Keller inspired many generations of disabled and disenfranchised people to overcome their trepidations and limitations, as well as taking the comedic heat off of Anne Frank. I believe that women have been restrained by the establishment of a misogynist, patriarchal culture; stigmatized as impure in sexual liberality; and unfavorably labeled masculine when pursuing anything that conflicts with idolizing the female form as an Ann-Romney-Stepford-wife-paternal-certainty-bot only emancipated from histrionics and icky lady periods by the righteous, civilized Christian cock of the household's primary income source.

You shouldn't be forced to assume gender roles, but you also shouldn't be denigrated by fellow women if you want to. Feminism has been legitimate and necessary in many forums historically, as it still is today (even more so in other parts of the world). In the U.S., women make 78 cents to the dollar (yes, I'm fully aware this doesn't control for difference in job types), and apparently they didn't know about porn—despite performing in it—until Fifty Shades of Grey.

I love feminism because it's only logical that a man should love feminism. Feminism prevents us from having to open doors as a cordial gesture. Feminism establishes a merit-based occupational market. Feminism treats sexual attractiveness as an attribute that no longer determines a person's relevance.

…Oh, except for feminism in America does fucking none of those things. 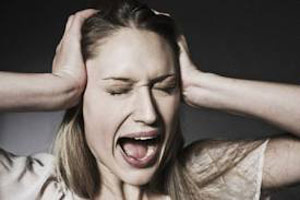 In the face of exorbitant infringements on the rights of women in this country recently, neo-feminists have become a convenient distraction for those aiming to control women's rights and healthcare as they emerge as just another group of unfulfilled white people with nothing to complain about. Neo-feminists are fundamentally wrong, not only in how they gauge accomplishment, but in the direction they aim their attacks.

Let's start with the canon of the modern feminist.

We're sexually reproducing organisms. That means a couple of things: one, that there are vast biological differences between the two sexes that yield vast differences in behavior. Women have ovaries; men have testicles. Women have card clubs and watch Oprah; men have fantasy football drafts and ironically sit around and make fun of those queer kids that played Magic: The Gathering in high school. Despite what your sociology teacher is probably trying to tell you, equality does not require androgyny. Are some of the traits of both men and women and their preconceived patterns of behavior mere social constructs? Absolutely, but this doesn't mean that there aren't major discrepancies between the male and female brain that transcend cultural reinforcement. This also doesn't mean that you're allowed to pretend that sexual attractiveness isn't important to you if the worst way someone could disparage you is by calling you a fat bitch.

Call me a crazy consequentialist, but I thought we sort of agreed that the purpose of progression was to achieve maximum human flourishing. This isn't accomplished by waging war on young boys as sexual deviant hedonists who can't be left alone in the basement for more than 15 minutes without signing their name on the computer screen in ejaculate (Mom). Nor is it accomplished by gauging success as an absolute 50/50 equal representation of the sexes in every outlet. There will naturally be more men in the military, police force, and fire department. Why? Well, men have more testosterone and muscle mass so they naturally perform better, generally, at these trades. Men are built for moving shit and taking shits; women are built for telling us where to move shit and how to live without taking a shit. Does this mean that a woman who performs as well should be denied? No. Does this mean that a woman in one of these trades should have to put up with harassment because she's a minority? No. However, modern feminism is demanding that merit-based representation isn't adequate, which I thought was considered privilege. You can't have a pie and eat it, too. You shouldn't be forced to assume gender roles, but you also shouldn't be denigrated by fellow women if you want to.

Women are unequivocally better than men. Women live longer. Women are less susceptible to disease. Women are more psychologically resilient. Do you want to know why men have spent the last thousands of years trying to suppress women's rights? Because women hold the vaginal golden ticket. They are the gatekeeper; we're just Rick Moranis. Men created an intersexual competition with women to hoard resources and privileges so that we could, in turn, use those resources to compete with other men in an intrasexual my-dad-is-bigger-than-your-dad-pissing-contest. Why? So that women would have sex with us and we could end up giving them back those same resources. Men are like the Brangelina of the sexes, clamoring about ending world hunger from a $100 million French mansion. However, the answer still isn't that a 20th century eugenic experiment in castration would increase anybody's happiness. Let me break it to you: we need you girls, just as you need us. Unless either of us are gay, then we need to stop causing hurricanes and earthquakes.

Another colossal mistake by modern feminists has been the aim for their disdain. Daniel Tosh's "rape" joke, whether in or out of context, has literally had no bearing on the rights or women, nor has it ever perniciously affected how we treat rape victims. What has? Todd Akin spewing nonsensical pseudoscience about how a woman's body "should naturally prevent pregnancies from rape" and advocating the prevention of abortion if that Jesus-instilled self-correction mechanism fails (not that you should really care what Jesus thinks about terminating the pregnancy he didn't stop by not letting you get raped). So has the restriction of birth control access and mandating abstinence training on religious grounds.

What comedy does is start a conversation with absolutely no agenda attached other than getting a rise out of the audience. Comedians aren't trying to influence a voting base to support their campaign, they're trying to offend or entertain for the purpose of you having to address why you're disgusted or amused. Making light of a situation welcomes open discussion. It opens minds, draws attentions to issues, and begets introspection, none of which have ever hurt anyone.

Related
6 Feminist Alternatives to the Traditional White Dress That Will Have Your Future Sister-in-Law Saying, “I Think She Hates My Brother”
Clara Dollar
Is My Roommate Having a Stroke or Is She Just Becoming a Feminist?
Bridget Giles
Things That I Cannot Do as a Woman in a Movie Whose Major Personality Traits Are That I’m Incredibly Petite and a Man is in Love With Me
Holly Amos
Resources