The world's most advanced computerized cat does EVERYTHING.

Cats are great. They're cute, they're cuddly, and they do funny things. But they're not as great as they could be. Until now, that is.

Do you have a cat? What does it do all day? Be honest, it doesn't do anything, does it? But what if it did EVERYTHING? Because that's what GoogleCat does. GoogleCat is everything your cat will never be.

GoogleCat is the marriage of cloned cat DNA and state of the art Android tablet technology. It's like a smartphone and a pet in one. But GoogleCat is much, much more than that. GoogleCat is your new best friend.

Choose from a wide array of hair and eye colors. Want pink and black tiger stripes? You got it! Blue LED eye lights? Chrome teeth? Make it happen. The sky is the limit.

The standard GoogleCat weighs 5.5 pounds and comes equipped with a 7-inch belly screen. If you're constantly on the go, why not try Google PocketKitty? It weighs half that and has a 4-inch belly screen. And if you're looking for a sturdy desktop model, look no further than GoogleFatCat! It has a 15-inch belly screen! It's huge! Best of all, it's a real cat!

GoogleCat knows you better than anyone else. It likes what you like. It wants what you want. It reads your emails and hacks your Facebook page. It sends cute text messages to your grandparents.

Here at Google, our technology is so advanced it's scary. In fact, it's illegal. We violate your privacy so you don't have to.

1. How long does the battery last?

2. What do I do when my GoogleCat dies?

Nothing. It will send out a homing beacon to Google headquarters and you will receive a new GoogleCat within 24 hours. You will be billed automatically.

3. Will my GoogleCat ever run away?

Only if it hates you. In which case it will probably get hit by a car. This will void the warranty.

4. Does GoogleCat need to eat?

Of course not. However, you can download an app that allows it to poop.

It's studying your technique. 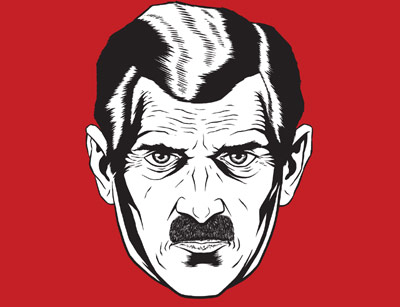