Has Anyone Seen My Electrolytes?

Has anyone seen my electrolytes? I left them right here on the bench. Have you seen them? The doctor said that they were good for 48 hours as long as I kept them in this Gatorade bottle. I'm serious guys, I have a medical disorder that prevents me from playing without electrolytes, and now I can't find them. It's double overtime in the National Championship, and I don't have any electrolytes! 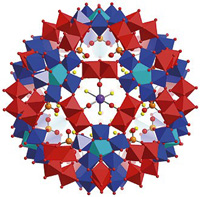 No coach, I can't go in; I don't have all my electrolytes. Someone must have stolen them while I was on the court. I demand to have everyone electrolyte tested after this game. But for now, I can't even walk. My electrolytes are supposed to be at 100, and now they're hovering around 78. 78, coach; people die from that type of malnourishment.

Look at my arm. Do you see it? It's pasty and white. I can feel my muscles deteriorating and my heart failing. Oh shit, it's getting hard to breathe. Am I slurring my words? Coach I swear to God if I don't get some electrolytes we're going to lose this game.

Get that fucking water away from me. Are you trying to poison me with that shit?Without the perfect balance of electrolytes and inspirational music, I will never hit this buzzer beater. I need glowing sweat! I need Tiger Woods and Peyton Manning high-fiving over a pit of lava while Jimi Hendrix plays "I Believe I Can Fly" on a double-necked guitar. Whoa man, that's not funny—Hendrix overdosed on electrolytes.

Don't you guys know that when you sweat you lose more than water? Haven't you seen the commercials? These electrolytes are essential to our survival as athletes—equivalent to sneakers, oxygen. Without electrolytes we might as well forfeit.

Doesn't your cousin deal drugs? Is he in the stands? See if he can sneak me some electrolytes. Nothing too serious, just enough to get me through this game. We can just tell the refs it's Vitamin Water or some shit. Come on man, drug tests aren't for another month. Hell, I'll even settle for Gatorade Rain. 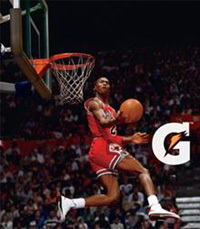 Raw power made possible by branded electrolytes.I don't understand how you are all so calm about this. Everyone knows that you can't succeed without electrolytes. Ask Michael Jordan, he was doped up on electrolytes when he cradle dunked his rookie year. Didn't Jose Canseco write a book on this stuff?

Oh my God you son of a bitch, you drank my electrolytes! Dude! How am I supposed to lead this team to a championship without them?! I don't care if you were thirsty, that's no excuse to waste such powerful resources. You selfish asshole, there's no "I" in "Team." And now there's no "I" in "electrolytes."

We could have properly hydrated entire African villages with all those lost electrolytes.

Ew, get that fucking water away from me. Are you trying to poison me with that shit? There's nothing that will replace electrolytes, we might as well starve ourselves. Magic Johnson tried to play without electrolytes and look what happened to him.

Please man, let me borrow some electrolytes. I'll pay you back later, I promise. Come on dude, there's less than a minute left and we're down by two! I just need to boost my electrolyte count enough to hit this buzzer beater.

Mmm, it tastes like supremacy. Someone put on "O Fortuna" and watch this play in slow motion, because I'm about to electrolyte the world!