To the Manager of Motel 666: This Ghost Rape Will Not Stand

Your dumpster is haunted and I've had enough—prepare to be sued.

Greetings. I hope this letter finds you in good health and high spirits, so that it ruins an otherwise lovely day. Then I hope it crushes your soul and extinguishes a cigarette in your eye. My name is Copernicus Thunderbird and I am about to sue the shit out of you.

I've been a tenant in the dumpster of your establishment for two months now, and I have some serious grievances with you. As a motel manager, you have certain responsibilities regarding the upkeep of your premises. According to Trans-Dimensional Law 419.7 section C, paragraph 4, all human dwelling places must be kept free of poltergeists at all times. You are in violation of this law. Your dumpster, where I am currently residing, is haunted. 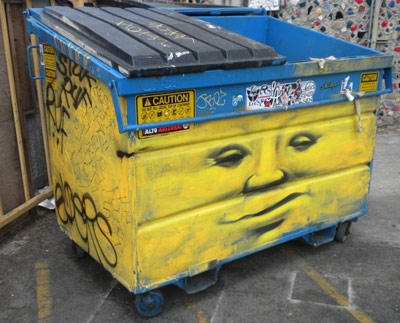 Your ghost scarecrow has failed, and you will pay.

Now I am not by nature prejudiced against ghosts. Many of my friends are ghosts. Most of them, in fact. It would be different if this were, say, a friendly ghost like that Casper fellow on the TV. But no, the spirit which possesses my, or more specifically, YOUR dumpster, is a violent, murderous asshole. 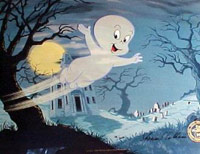 You have clearly been deceived by the childish portrayal of ghosts.I can handle the verbal abuse and the physical torture. That I can forgive. What I don't care for so much is the constant brutal ghost rape. I can assure you, it's not pleasant. And I've been raped by a lot of things before: clowns, bears, robots, leprechauns, aliens, cult leaders, Mormons, an ostrich… but let me tell you something: ghost rape is the worst.

I've also encountered numerous problems with your staff. (Not so much relating to the whole poltergeist thing; they're just dicks in general.) For example, that mulatto boy with the funny hair and the gimp leg… what's his name? The one who cleans the pool. Whatever, I don't like him. He's dishonest, and if there's two things I can't stand, it's being carnally violated by phantom tentacles as unholy laughter resonates inside my brain like a swarm of burning locusts, and dishonesty. He told me he could score some ketamine. If I had a dollar for every dick I sucked for ketamine I'd have a mansion. Or some ketamine. Either way, pretty good deal.

I don't like the maid, either. Not sure why, just don't like her face. That, and she's always screaming at me in Mexican. She hit me with a broom once. It was rude. 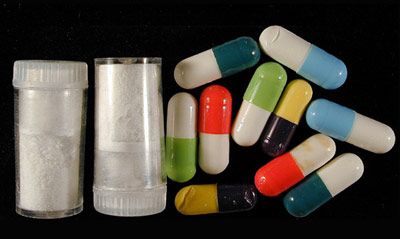 Your staff is utterly vile, and I don't mean that in the ketamine way.

But getting back to the ghost infestation. Now I don't know what kind of shady operation you've got going here, but this place is definitely evil and you should be ashamed of yourself. I don't know if you're aware of this, but according to Iron Maiden and the Bible, 666 is the number of the beast. Did your boss think about that when he named this place? Did you know that the dumpster is full of Indian skeletons? I'm living in a goddamn Indian burial ground here.

I made a list of reasons why I hate you:

The guy from Animal Control doesn't care. I said, "What about the jellyfish?!" He said he couldn't see the jellyfish. I said, "How the fuck did you even get this job?!" He said, "I'm a mailman." I said, "Well good, cuz you make a lousy dog catcher!" I can't fucking stand incompetence.

The worst part is the lack of concern from the other tenants. The snooty ones, with their fancy "rooms" and "beds." They just watch. The staff, the prom teens, the crack whores… nobody wants to help the hobo getting brutally dumpster-raped by the spirits of the dead. Even when Bill Murray was throwing that keg party in room 312 last week, he did nothing. I looked him in the eyes and said "Help me." He ran. Bill Murray is afraid of ghosts. 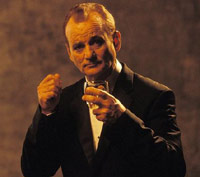 "I ain't fuckin' with no ghost."One guy even filmed it. Said he was a ghost hunter for YouTube. What the fuck is a YouTube? Do I get royalties on that? I'm suing them, too.

But right now, I'm suing you fuckers. So let's focus on that.

If you'd like to avoid a scandal, I'm willing to settle out of court for seventeen dollars and a cup of coffee. If you'd care to discuss— OH SHIT, HE'S BACK.

Related
Are You a Carrie, Miranda, Charlotte, Samantha, Or an Individual Who Extends Beyond the Confines of This TV Personality Quiz?
Quinn Forlini
It’s Time We Educated Our Male Cats About Rape Culture
Alex von Sternberg
We’re Saluting Maritime Erotica All This Month on Turner Classic Movies
Andy Spain
Is This a Cake?
Allison Manley
Resources