Are You There God? It's Me, Andrei

I understand that you're busy and all, but I just thought you should know that this "plan" of yours pretty much blows! I've heard that you have some grand scheme in mind that us puny little humans don't see and could never comprehend, but here's the thing, I'm on to your little bullshit. I think you're really an indecisive asshole who can't commit to a single thing, so you just keep changing your mind about what you want.

Hey, I get it, I'm a perfectionist too, but your ADHD is really fucking shit up around here and a lot of us are getting tired of it! Get some "YOU damn" meds and leave stuff alone already! You just killed about 200,000 people because you wanted the Caribbean 0.8 inches east of where it is…er…was! Oh and what's more, smart guy, last time I checked, the most widely practiced religion in Haiti is Christianity. Remember, that one is predominantly centered around you (big surprise) and your alleged son. 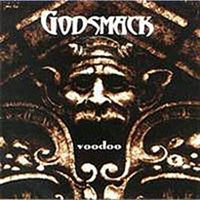 It isn't instructions!Now I can kind of understand that you have major issues with having a kid AND STILL being a virgin, but you don't need to be a jerk about it. I'm pretty sure THAT wasn't the Happy New Year the Haitians were all looking forward to, and they probably thought Haiti was fine right where it used to be. It's like you're up there with a giant laser level or something, measuring things and saying, "Nope, not right yet! Just 20 millimeters to the east and it'll be perfect!"

In case you forgot, let me refresh your ancient ass memory about a similar snafu. Remember five years ago when it was, "I think India and Indonesia should be six centimeters closer!" That little brain child of yours caused a tsunami that killed 230,000 people—and the day after your son's birthday, for crying out loud! I think you have a serious problem and it's time you own up to it. Maybe your deal is that you get SO shitfaced on various holidays that you wake up in a party-induced coma and like any sloppy drunk, you start messing things up. Remember Samoa last year, the day after Yom Kippur? "Jesus Christ, now THAT was a Yom Kippur! Too bad, son, you couldn't be there! WAIT?! Is that where I put Samoa? Hiccup! Let's move those bad boys a few millimeters this way…oh whoops, sorry Samoa, my bad! Hiccup!" 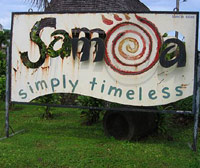 Simply timeless, because all the watches got wet.Look God, if you need help then there are some twelve-step programs I'm sure you could complete rather quickly, but if you're just being an indecisive drunk asshole, then knock it off. Down here we're all pretty cool with the positioning of the continents—what we aren't cool with is being treated like your personal little Sim Planet. Oh and don't think you're fooling anyone with this plate tectonics horse shit either, because I think that's just an excuse to move stuff around when you go on one of your benders. Remember the dinosaurs and all the plate shifting you did with them, you fucking charlatan? Yeah, you wrote them out of "the book" but we still found them anyway. Nice job on THAT cover-up, asshole!

Now let's talk about cancer, because the way I see it, cancer is based on the same indecisive bullshit that your plate tectonics crap is based on. Look, I'm grateful and all that I am two feet taller than Napoleon was, but I'm pretty sure all the people dying of cancer wouldn't have minded being shorter and NOT had their DNA slowly mutated over time. Now it is kind of unclear in the dogma whether or not you are "for" evolution, but honestly I think that's another convenient cover-up so you can play around with our genetic code after a night of debauchery.

I have some confusing shit in my body to prove you are all FOR evolution regardless of what your brain washed minions think. What the fuck is my appendix all about anyway, if we can just remove it without a problem? Clearly this is either something that once had a function or WILL have a function 10 million years or so from now. Whatever it's for, I'm fine with just not having it, kind of like how people are fine with just not having cancer, you dick! See a pattern developing here, genius? Leave us the hell alone instead of messing everything up! 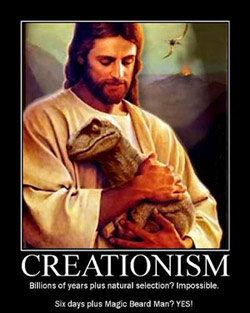 I'm on to you and you simply aren't selling me on this Creation vs. Evolution dichotomy crap. If I'm not an evolved human being, then why the hell do I have the urge to devour an entire gazelle after several hours of sex? Clearly that is something primal left over in the genetic code. However, due to the absence of gazelle in my area, likely because of some plate tectonic shenanigans, I'm also pretty satisfied with just having a sandwich instead. See how evolved I am?

Religious wars are another thing I want to talk to you about. Religious wars have got to end now, and don't pull that "free will" horse shit with me either this time. I know you've noticed what your infinite fucking absence of presence is causing. I heard the smoking twin towers could be seen from space so surely you saw that transpire up on your cloud or wherever your lazy ass hangs out. We're all down here basically killing ourselves over different ideas about who you are, who your bastard child was or wasn't, or whatever the hell else you want from us. I mean for fuck's sake God, even the Whos in Whoville gave a shout out to prove their measly microscopic existence. So how about a fucking "YOP" or something to stop a significant amount of unnecessary bloodshed, or is that too much to ask of the big man in the sky?! 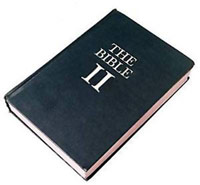 Now everyone will finally know the one true word.You know what the real problem is with all these religious wars though? This "book" of yours that everyone goes on about, like it was written by your hand itself and not by a bunch of stoned hippies living in several different centuries. You need to get on board with the rewrite craze that is going on down here. I have watched the same fucking idea made into ten different movies and you can't even pen a few updates for us?! We have jackasses down here still trying to fit camels through the heads of a needle for crying out loud! There are people who still aren't eating pork, thousands of years after some sneaky politician thought it was smart to write it into your book, because there was some bad swine that year. Look around you man, some dickhead remade the Transformers which was way more sacred to me than you'll ever be. The least you could do is publish a sequel for some of the mindless idiots down here. I'll even do you a solid and provide the title for you, "The Bible 2: This Time, It's Fucking Relevant!"

Anyway, I think I've pretty much made my point, but since I know you have the attention span of a crack whore, let me sum it up for you. As far as this plan of yours goes, here's my idea: How about you get a new fucking plan, you know, one that doesn't include earthquakes, tsunamis, cancer, pandemics, religious wars, and pointless death! Just a simple thought from little me, to almighty you.

Oh and here's another thought for you to ponder: I'm totally going to kick your ass if I ever get to meet you, but it's cool, because I know you will forgive me for it regardless. Unless of course you're as full of shit as I think you are, but then I don't really want to be a part of YOUR heaven anyway. From the way your little "plan" has been working out down here on Earth, Heaven is probably just like a bad office job. A bad office job with an indecisive, micromanaging, jackass for a boss who keeps fucking up the project after changing his mind YET again. Besides, at least Hell is where all the bad girls go and if I have to see everyone wearing one thing for all eternity, I would much rather it be sexy black leather than oversized sterile white bathrobes.

Sincerely, you can suck it!
Andrei Trostel

Related
I’m the Pharaoh of This House and Therefore Must Be Buried in My Man-Cave
Jacob Rosenberg
Chinese Biophysics Researcher He Jiankui or God?
Michael Bishop
There Are Some Things You Mustn’t Eat from Your Lounging Chaise in Rome!
Mehgan Cain
Resources