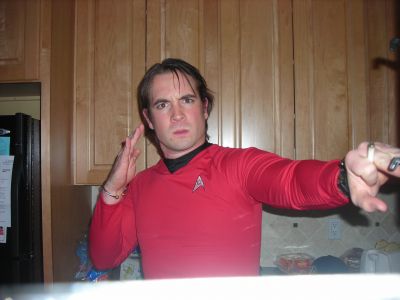 It's the first week of October and you know what that means...only two and a half months to shop until Christmas! Also, you should already start looking for a Halloween costume. And like Nate Degraaf, I'm here to help.

It's the first week of October and you know what that means…only two and a half months to shop until Christmas! Also, you should already start looking for a Halloween costume. And like Nate Degraaf, I'm here to help.

Halloween is a great holiday about candy, dressing up and making out. There's no family shit to do (unless you've procreated or have a really needy girlfriend) and the bars are packed with shithammered people looking for a good time, and makeouts.

I started working in the bars about ten years ago, which gives me a little knowledge on what to do and what NOT to do on Halloween. Here goes:

Don't buy anything gigantic, furry or multi-layered. You're going to get hot and really really sweaty. Nobody wants to make out with somebody who looks like Hurley from "Lost." And definitely don't rent a furry costume, because that will definitely stink worse than your butthole after Taco Tuesday.

Save the punny costumes for your Halloween celebration with your mom. Seriously, puns suck.

Also, if you have to explain your costume, your idea is shitty.

If you can't be original than just copy somebody else's brilliance. It works for Kanye. 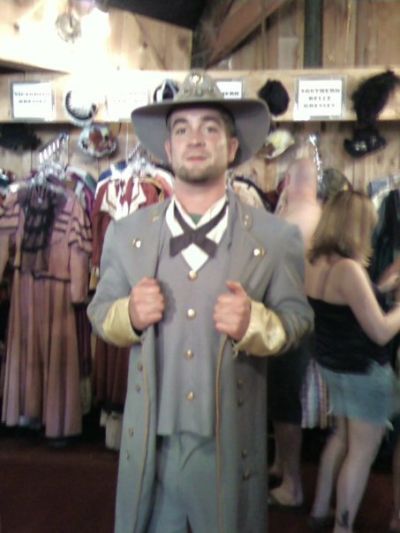 For me, I've been pretty awesome about Halloween costumes over the past few years. I hit the bars as Rocky Balboa, Scotty from "Star Trek," The Dread Pirate Roberts from "The Princess Bride," Batman (before he was cool again), Robin (in my first and only couples costume) and a few other things.

Now what should I do this year. For the first time ever, I actually looked at my notes from years past. So here are my options from last year:

Pee Wee's trademark gray suit has thwarted me for years, and this is going to be another one. I'm in Korea now so there's no way I'll ever find a gray suit my size (for dirt cheap). Plus, tying bow ties is impossible.

Charlie from "It's Always Sunny" or Greenman. Awesome, yeah, but nobody's going to get it here in the ROK—except for Americans. And I don't feel like making out with them.

For Halloween last year, I shaved my beard for the first time in eight years. That was pretty wild for me. However, I don't feel the need or desire to go the other way, and grow a handlebar mustache for Hulk Hogan. Upper lip hair is itchy—and I hate it.

I did think about maybe being Larry the Cable Guy for All Hallow's Eve, but I just don't know. I mean, I do my best to be funny in real life and on this website, but I don't know how long or hard I can try to be unfunny and fat. Well, I guess I can get the fat part down, but forcing myself to watch "Redneck Comedy Tour" just isn't in the cards. And which drunk skanks are going to want to make out with Larry the Cable Guy?

Hmm. Maybe I'll just starve myself, whiten my skin and throw glitter all over myself and be Edward Cullen from "Twilight!" Every woman on the planet loves him!

Alright ghouls and ghosts, I'll keep you updated. And if you have any ideas, leave a comment.