To Be Published Upon Gene Shalit's Passing

“There’s no bones about it.”


– Gene Shalit, from his review of The Lovely Bones

To refer to Gene Shalit (1926-20**) as the paragon, the quintessence… the very epitome of what represents the pinnacle of film criticism is no subjective sin. And his “peers” will not look in askance when we rightfully say as much. Bazin, Kael, Sarris, Roeper—each would readily acknowledge his/her place in the pantheon is now, at best, second.

Bringing the Fire Down to Earth

Shalit’s genius lies not only in his bear trap grasp of a film’s essence, director’s intent, and thematic overtones, but also in his ability to convey to the masses the complex calculus and sometimes overwhelming blizzard of references and details (including elements of homage and metaphor) that only an encyclopedic mind equipped with decades of cinematic experience, immersion, and obsession could.

Gene Shalit transcended his medium by turning grand filmic gestures into pocket-sized, pun-laden diamonds. It’s as if he were able to grasp the sun with both hands and condense it into a minute-long capsule review-sized planet, suddenly temperate and lush and habitable for us all.

“Well, to me, Funny People is passable… speaking colonically.”
– Gene Shalit, from his review of Funny People

His passing deserves nothing less an event than the appearance of a comet, destined to return again and again—to remind future generations of moviegoers that his legacy lives on in the firmament. Roger Ebert may be loved, may be respected for his critical facility, fecundity, and personal bravery at the end of his life, but even brilliant mortals wane. Ebert’s Smashmouth to Shalit’s Mozart? Our species will likely not remember, let alone discuss the merits of “All Star” four centuries hence. And keep in mind that we’ve yet to even alight on this bushy artiste’s other masterstrokes of critical presentation. 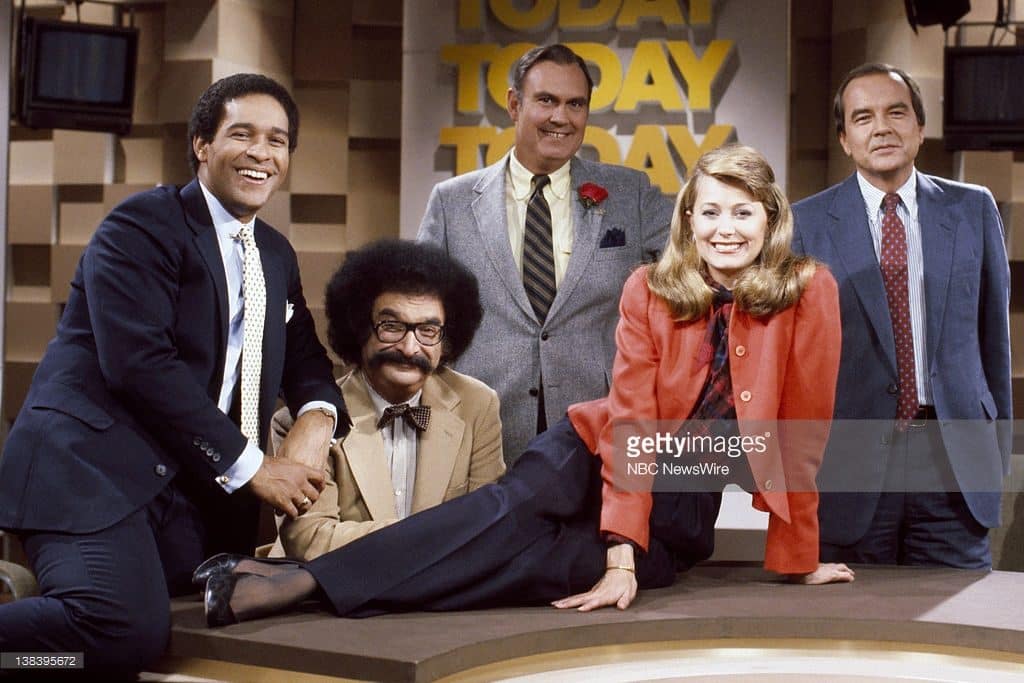 Any grandparent, schoolchild or mid-level government worker would easily recognize Shalit by his frizzy, friendly countenance. Certainly by design, the esteemed critic adopted and consistently wore his trademark Shalitfro/moustache/spectacles combo for the duration of his career. And somewhere in Somewheresville, USA, when playground chums sibilantly mouth, “I smell an Oscar!” with joyous aplomb, it’s unmistakably Shalit they’re affectionately aping.

Equal parts Twain, Einstein, Marx (Groucho) and Bob Ross, Shalit’s distinctive coiffure reflected his outsize personality and equally staggering intellect. Closely re-watching NBC’s TODAY show spots, red carpet moments and Gene Shalit’s Critc’s Choice Video collection DVDs, one becomes fascinated by the awed reactions from hosts, hangers on, and yes, even directors and stars—those whose very work Shalit so expertly dissected, examined, and repackaged into digestible bites for  “Monday morning cinemaphiles” everywhere. Many a second-camera sweep of a Kouric or a Pauley captured the same kind of unguarded affection and respect we all felt when Gene Shalit performed his magic.

And the punditry! The pleasurable dash of sugar/spice his always welcome asides added to the mix never failed to elevate a sublime appetizer of a review to a tasty masterpiece. To wit: Taking the sub-par skateboard film Whip It to task as only he could, Shalit finally ran it through with two simple but thundering words: “Skate bored.”

As the roving spotlight of a Congressional investigation of a payola scandal in the early 1960s began to hone in on him, Dick Clark suddenly discovered that he had lost the services of his then press agent, one Gene Shalit. Far from the “jellyfish” Clark accused him of becoming, Shalit displayed admirable resolve in his decision to cut ties with his less-than-aboveboard employer, establishing, if anything, that the unimpeachable young man was indeed a vertebrate. Science would verify this fact, vindicating Shalit’s backbone empirically.

Decades later, Shalit came under critical fire from the GLAAD organization, thanks to a misreading of his brilliant review of the film Brokeback Mountain. Obviously underestimating Shalit’s nuance and wit, GLAAD took exception to his multilayered conception of actor Jake Gyllenhaal’s character as a “sexual predator.” Though he was clearly deploying the term as an energetic description of both passion and commitment in service of the character, Shalit had simply subjected himself to the slings and arrows of a reactionary, inattentive reader. Such incidents only encouraged him to make himself clearer to his audiences, and ultimately, he became more iconic and beloved than ever as a result.

As Gene Shalit moved through his twilight years, he embraced the entertainment icon he had become. Voicing his likeness in such disparate programs as Family Guy, The Muppet Show, and The Critic, the maestro imprinted his ineffable image into even more open minds. Perhaps his animated coup de grace occurred when he stepped behind the microphone to voice food critic Gene Scallop for one unforgettable episode of children’s favorite, SpongeBob SquarePants. Gasps of recognition were surely uttered across a grateful nation as this episode aired. Shalit’s generosity of spirit in lending his talents to these ventures cemented his popularity for generations to come.

“This movie is filled with wonders for every family: for kiddies, for daddies, and for mummies.”
– Gene Shalit, from his review of The Mummy: Tomb of the Dragon Emperor

Will there ever be another bigger-than-life presence in the world of cinematic criticism than Eugene Shalit? Will any one reviewer ever impact our cultural consciousness with the figurative force of a metaphorical giant in a giant car falling asleep at the wheel and hitting a giant house?

As the network giants trudge toward the sunset and niche cable and internet media sources scuttle like tiny crabs to take up residence, it’s doubtful we’ll ever see the likes of such a singular force of highly condensed, populist-friendly film study again.