Hey, you awake? Good. Listen, we don't have much time. I know what you're feeling. I know you're confused.

The only thing you really gotta know is that we're with the resistance, and if we don't get enough quarters into the Meter Colossus before sundown tomorrow, we're all gonna get handed life's final parking ticket: death. Now, do you want to pay the fine? 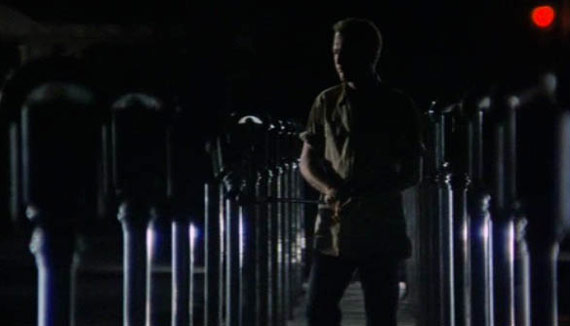 I didn't think so.

Grab yourself some quarters (and possibly dimes) from the armory. We'll rendezvous at Loose Change In Your Cupholder Point. It's crucial that you not drop anything, so be very mindful of your surroundings. This is all or nothing! Our time isn't expired, my friend. It's just beginning. I'll explain everything at the rendezvous point!

You got the change?

When you saw that street cleaner a block down the road, that's when you hit mach speed and drifted through what Time Detective Paul calls the "flux molecular transit superhighway" for roughly a century.OH SHIT! Quick, hide behind that wall!

Sorry. Parking Enforcement Sentries. If they catch you they impound you and trust me you don't want to be impounded. One of the rebels from Gamma sector got the boot clamped to his ankle. Couldn't move a damn inch.

Where were we… the concert!

You checked your watch and you realized you had only a couple minutes left on your meter. You were trying to find your car which was a couple blocks away, but you didn't exactly remember where you parked, so you ran around the whole time pressing the "lock" button on your car key remote like a jackass.

Our Time Detectives reasoned that if you parked in the spot any other day between the hours of 9pm to 7am, you might have been fine. What you didn't factor in however, was that this was a Tuesday, and the street gets cleaned on Tuesday nights. So when you saw that street cleaner a block down the road, that's when you hit mach speed, and busted a hole through time and space and drifted through what Time Detective Paul calls the "flux molecular transit superhighway" for roughly a century.

So now, you're here. I bet you're wondering why the resistance has taken such an interest in you. The Council of Coins has subjected all dissidents of the Order to a simulation, in which they are surrounded by miles and miles of nothing but parking meters. The only to get out of the simulation is to pay them all off, but no one ever has enough money. You proved that there might be a way out it. There's a guy in one of the simulations. He can bypass the security system and get us through to the scaffolding around the Meter Colossus. If you can get him out of there, by getting really flustered and breaking mach speed again, there might be a chance for us to win this thing. However, you have to do it right. There's a possibility you could go too far forward in time again, and if that happens, it's over. 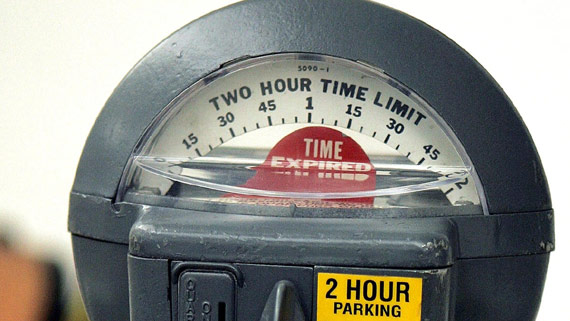 We're going to bring you to Delta sector, which has the highest density of sentries. Walking without change is a felony, so once you get caught they'll bring you in for processing. They'll put you right in the same simulation as our guy who's assumedly gonna be covered from head-to-toe in parking tickets, so you can't miss him. What you need to do is get into that mach force zone, grab him, run through the wormhole and meet us two hours before sundown tomorrow. There's a small chance this could work, but hey, it's a chance.

We'll bring you to Delta tonight. Hopefully this isn't the last time we see each other again. Good luck.

You seem worried. Do not be afraid. You are safe.

We are the Meter Maids, keepers of peace, guardians of time. I understand you are puzzled, and everything seems awfully synonymous to the ending of A.I., a very mediocre movie from your era. When you traveled through that wormhole in time to you went a little further than was expected of you. The resistance lost.

But time did not expire on the meter that is life for the humans. The leader of the resistance was able to meld his mind with the Meter Colossus, by forging a neural link by using a credit card, which fortunately, worked on the second or third try. Sometimes, it takes a couple tries for the card to go through but you just have to make sure that you're swiping the card on the correct side. From there, the two created a more sustainable, cohesive universe where both man and meter could live side by side.

Your efforts were not in vain. Your supernatural prowess gave the humans the drive to develop time-manipulating equipment, and what you see before you is a piece of that machinery.

We offer you the chance to return to your own time but be warned: man and meter cannot coexist for hundreds of years. If you choose to return you might not like what you find.

You have made your decision, then?

Let this Meter Maid mantra send you on your way: "Change does not guide us. We guide change."

Quarters be with you.

You're sleeping in front of the street cleaner! What? You don't know what a street cleaner is? It's a machine that decimates all objective matter to make way for the flux molecular transit superhighway as requisitioned by the Seven Masters of The New World Order for cryin' out loud! And it's our job, so move out of the way, whydontchas?

Whaaat? You don't know nothin' bout the flux molecular transit superhighway? Whattya live under a rock? It's the bridge between time and space for crying out loud! It's the ultimate road!

Your car? You don't have a car! You're an interdimensional ex-patriot, and as far as The Omnipotent Eye is concerned you ain't seein' that clunker of yours ever again! Why? Well, you kept messing with the fabric of the universe with your dumb wormhole-opening and whatnot which is in complete violation of the New World Order by-laws or whatever so you get to hang out with us, for the rest of eternity: the road crew!

Oh, c'mon now, it ain't that bad! We have our fun! Sometimes, Pete over there gets a hankerin' for SkoaI and he can spit down an asteroid twenty lightyears away. Yeah, that's Pete, for yuh!

Aw, I know that look in your eye. You wish you were back in the pit at that Cage the Elephant concert. You wish you made a move with that girl you had your eye on when "Back Against the Wall" was in full swing. I'm sure you wish a lot of things. Well, I wish you was a wishing well. That way I could wish for more Skoal. Now grab a mop and start cleaning up this corner of infinity.

Related
What’s That Noise Outside? I Should Have Bought a Gun
Joseph R. Honescko
Ground Rules for the Low-Stakes Time Machine
Symin Adive
The New York Times Reports That a Meteor Will Destroy Earth in Two Days—Don’t Believe It
Evan Purcell
5 Mind-Bending Pieces of Art That Will Make You All Like, “What the Fuck is Going On Here?”
Cole F.M.
Resources