Is Cindy a Better Parent Than You? A Research Paper

This study is focused on four subjects, two of whom are parents (you and Cindy), and two of whom are 8-year-old children (your child and Cindy’s child). We, the authors (your neighborhood walking group), are hopeful that collecting data and presenting an analysis of our findings will lead you to finally shut the fuck up about this.

To conduct this study, we focused on three criteria:

Because this is a research paper, an overly complicated system of gathering and analyzing evidence was employed so we could come to the conclusion we had already started with.

Independence/Skills: We used an inventory of skills that children should ideally have mastered by age 8, such as tying shoes, brushing teeth, and taking care of household pets without being a dick about it. (See Fig. 1)

Out of 10 possible points, Cindy’s child scored 12. The extra points were awarded when Cindy’s child rose before dawn and baked a loaf of bread for the family. Cindy was later observed gently coaching her child in the construction of a small log cabin.

We, non-scientists, have determined that this parenting is ideal.

On the same scale, your child scored -1. Negative scores were thought to be impossible, so in that way your child is remarkable. Your child was able to complete most of the tasks on the list, but unfortunately, he was a total dick about it. He also lost a point for stuffing as many marshmallows as he could into the toaster.

You were observed walking up behind him, watching him shove marshmallows in, shaking your head, and lighting a joint.

We think it’s clear that this parenting is yikes. 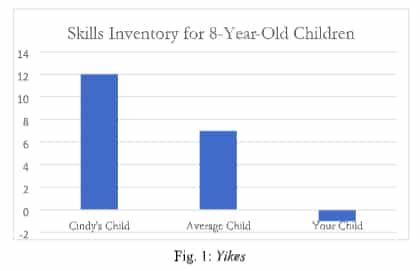 Happiness: We created an objective measure of happiness. Just kidding that’s not a thing.

Cindy’s child was observed singing frequently. This is a clear marker of well-being, we guess. Cindy’s child smiled 5 times in 10 minutes, which seemed like, quite a few smiles? Again, we are not actual researchers. We are a walking group.

Cindy also hugged her child often, and affection is a cornerstone of a child’s well-being, probably.

Based on these observations and complete guesswork on our part, we scored Cindy’s child’s happiness as excellent.

Your child was observed making fart noises with his armpits and he seemed pretty happy about it, so that was positive. Also, he was really proud of himself for how many marshmallows he got into that toaster.

You were also observed hugging your child, but it was because you had hurt his feelings by making fun of the way he runs.

We have scored your child’s happiness as a mixed bag.

Is child total asshole?: Well are they?

Cindy’s child talked back to Cindy once during our observations, but she promptly and contritely apologized. Honestly, Cindy’s child is not an asshole, but she is getting on our nerves at this point.

Your child, when frustrated because he was asked to take a break from video games, yelled, “You’re a SHIT HOLE, Mom!” We hesitate to label any child as a total asshole, but this was pretty uncool. Also, while creative, this was an incorrect usage of the phrase “shit hole.”

Review of Literature: We reviewed available literature that we found relevant to parenting. Namely, Cindy’s facebook posts and your facebook posts. (See figs 2 and 3 for our maths.)

Based on our totally legit methods, Cindy’s posts fall in the wholesome category. 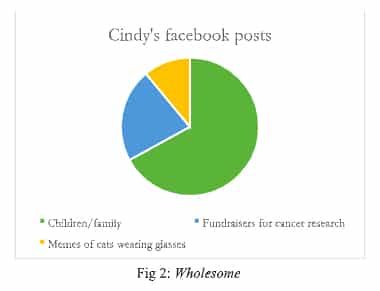 We have classified your posts as hilarious. Seriously, some of your boner jokes had us cackling. How about you tell some of those on our walks instead of bitching about how Cindy makes you feel like a loser? 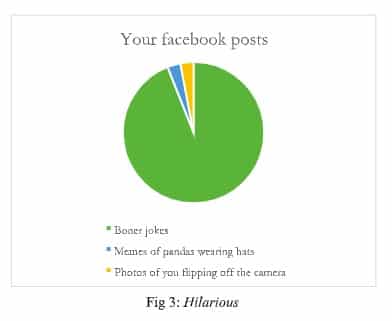 Cindy’s a show-off. I mean, a fucking log cabin? You’re good, seriously. Your kid is fine. We also like him better than Cindy’s kid. Now shut your ass up about it or you’re out of the walking group.

Related
Good Housekeeping Tips for Throwing a Cozy, Old-Fashioned Thanksgiving Rager
Gracie Kairis
Nothing Gets Me Hotter Than Explaining the Academy Awards to You, Babe
Graham Techler
A Heartfelt Thank-You to the Robocall That Told Me About the Outstanding Warrant for My Arrest
Keith Rubin
Resources