These four evil corporations are on fire! Give us your money!

Luce F.R. founded Satanwater Destructive Capital Management (SDCM) shortly after he convinced Eve to eat from the Tree of The Knowledge of Good and Evil. The investment firm serves a wide range of hell-bound institutional clients and also manages money for central banks and foreign governments eager for a Faustian bargain.

Satanwater Destructive Capital Management applies a global pitchfork investing approach. It spots new investment opportunities by peering into the souls of the doomed. The hedge returned as much as 666% last year, outperforming most of its peers. Luce F. R. is a trillionaire with a total net worth of "infinite evil."

Goldman Sachs lauds IYE's "impressive track record in El Salvador" and its "commitment to fascism and dehumanization." Here are Luce F.R.'s largest positions and the reasons we feel they will continue to produce outsized returns for those who deserve to burn in hell.

Envirusment is the fourth largest position in the SDCM portfolio. The company acts like a virus in the environment, dumping toxic chemicals into rivers, engaging in large-scale deforestation, and burning inconceivable quantities of fossil fuel. Its products and services aim to completely destroy the Bosawas Biosphere Reserve; pollute Glacier Bay, Alaska; and expedite the melting of the polar caps. Analysts have pegged ENV's growth of evil rate at an average of one googolplex per year, although that number may rise once they single-handedly melt the ozone. Fund managers Dante Alighieri and Raj Rajaratnam are major investors in the company. 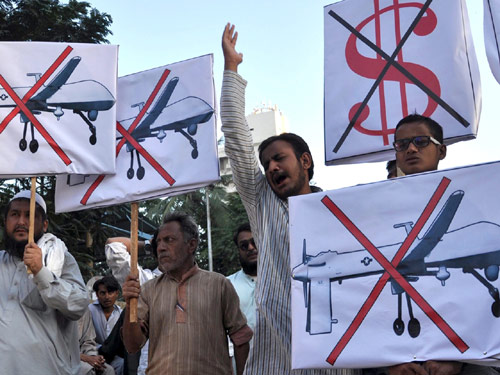 There's no such thing as bad publicity!

In order to boost EPS in the coming quarter it has recently considered innovative strategies such as selling its entire catalog of highly-lethal weaponry directly to the consumer. It has also forged highly lucrative partnerships with the leaders of Hamas, Al-Qaeda, and the Taliban.

Profit From Killing Helpless Civilians plans to introduce a new, more technologically sophisticated version of the suitcase nuclear bomb, the "toothbrush-holder nuke." Colgate will help sell it at Duane Reade. The ghosts of Saddam Hussein and Osama Bin Laden are fans of the stock.

IYE exploits labor laws, the desperation of poor, indigenous populations, and the US position of global dominance to provide a highly productive army of child slaves. IYE has a market cap of $42 billion, which is also the number of children it puts to work each year in poorly-ventilated coal mines.

IYE hopes to continue to grow corporate profitability by implementing such efficiency-improving strategies as public whippings, the elimination of bathroom breaks, and the amputation of wayward limbs. Rival staffing agencies Get Friday and Your Man in India have far lower growth margins since they believe in the importance of treating employees as human beings.

Goldman Sachs recently boosted its rating on the company to "strong buy." They laud IYE's "impressive track record in El Salvador" and its "commitment to fascism and dehumanization." Other analysts forecast that IYE will expand its EPS at an average rate of 12% per year, largely through the periodic whackings of Human Rights and SEC officials. The CEO of Abercrombie and Fitch, Mike Jeffries, is a major investor in the company.

Fleece Your Own Corporation Incorporated is the largest position in SDCM's portfolio. It was created so that those in the C-Suite and on the board—among them Luce F.R.—can profit from the fools working beneath them. FYO is a generator of neatly packaged lies, thoughtful manipulations, and a highly-sophisticated bonus structure that funnels all profits to the top.

The company currently has a market cap of $476 billion, but yesterday the CEO spent it on a single vacation to Bermuda. Analysts predict EPS will only continue to rise if the minimum wage engineers succeed in bringing to market a new line of screw-the-consumer products currently in testing such as plasma TVs that melt, fuel-efficient cars that explode, and planes incapable of leaving the runway.

One Credit-Suisse analyst predicts this will occur at a 47% growth rate, largely because he gets kickbacks from the executives at FYO. Another analyst committed suicide rather than admit FYO was the next Lehman Brothers. FYO is owned by Dennis Koslowski, former CEO of Tyco, and Angelo Mozilo, former CEO of Countrywide.

Disclosure: I have no positions in any stocks mentioned and no plans to initiate any in the next few lifetimes.