Modern Austen II: The Complications of Courtship in the 21st Century

How do you know when a man is really interested, or just playing games?

« Back to Part I, "The Diary of a 19th Century Woman Living in the 21st Century"

There doesn't seem to be a relationship status on Facebook for a woman who will "inherit a desirable fortune upon marriage and her father's estate once he passes." This information is imperative if she intends to find a husband of noble character from a good family with a fortune of his own. I assumed Facebook was meant to make finding a suitor easy, but no one seems to use it to reveal their marriage prospects.

Frankly, I do not see what the importance of having the same taste in movies, music, and television could possibly be. Could any of these things form the basis of a long fruitful marriage? Am I supposed to be impressed with a man who likes Foreign Policy and the Invisible Children organization or think that a young man who likes "I hate people who like stupid things on Facebook" has a good sense of humor? Facebook reveals nothing about a person's character, so I have to say that I do not understand its purpose. (I once updated my status to say that I will inherit a desirable fortune and hope to marry a man of noble character, and 396 people liked it.)

The young man always takes ages to respond to my text letters, which makes me doubt or feel self-conscious about what I have written him.Father said that university would surely present me with many potential suitors. Marriage does not appear to be an aim for most of my classmates, and their idea of courtship is certainly one I have been raised to find indecent. I can only imagine the horrible gossip that is spread about couples who so openly, and physically, display their affection for one another. Men and women no longer seem to be seeking a tete-a-tete.

For the past few weeks the mysterious young man has been sitting in front of me in class. I have decided that I must forget him, as we would not make a suitable match. He is a musician with his own band—Father says music is a fine pasttime, but that no man should devote himself entirely to it. Father would prefer that I find a gentleman to marry, but since they are hard to come by, a nice lawyer, he feels, would fit in with our family nicely.

"Good connections a lawyer is sure to have," Father says. My position would surely be secured if I marry a lawyer.

An English major, he says, and he writes his own poetry and lyrics. I cannot imagine what I said or did to attract him. He is dark and mysterious and wears heavy boots. When he turns to face me, he just looks at me with those intense, piercing eyes. He is trying to melt my resistance. Well, he will have to try harder than that.

He has started sending me text letters at all hours of the day, and I, for shame, have been unable to resist responding to them. I know not what this young man is doing to me. I am constantly hanging on my cellular phone the way a hat hangs on a rack in the window of a milliner's shop. I check to make sure there is no new text letter even when I know one has not been sent. The young man always takes ages to respond to my letters, which makes me doubt or feel self-conscious about what I have written him. I cannot tell if he is playing with my emotions, or if he really is so calm and at ease.

Either way, I must not answer his letters the moment I receive them. I must let many hours, perhaps days, pass before I respond. He must not be allowed to detect what is in my heart. 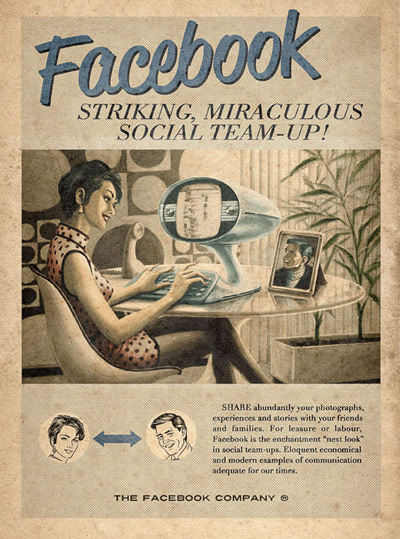 I hardly hear from the mysterious young man who often sits near me in poetry class, anymore. I only hear from him when I write him a text letter. True, I did find the flood of letters I received from him to be most distracting and, quite frankly, silly. He would inform me of every little thing he found funny, every little monotonous (which he believed to be "epic") detail of each and every day. ("Red Bandana Kid just flipped off some guy in the car following bus…IT WUZ EPIC!")

His text letters certainly did not boast about the qualities he feels should endear him to me. In fact, I grew angry with each letter he sent. His text letters made him unattractive. This young man is certainly not someone Mother and Father would like me to form an attachment to.

Still, I seem to carry a soft spot for the young man. Thinking I could help him become more accustomed to my family's society, I always invited him round for tea or to a dinner party Mother and Father were hosting when he sent me one of his many text letters. He always declined because of one thing or another. Now, I no longer hear from the young man of his own accord, but only when he is declining one of my invitations to tea. He is always kind (or as kind as his character will allow) in his refusals.

I just don't understand. Why should he be so averse to meeting me for tea? More than that, why have his letters stopped? And why should I be so upset that they have stopped? The ring of my mobile and the message that accompanied it always perturbed me before, but the fact that they have ceased makes me feel that the young man has passed some unfair judgment upon me. If either of us is in a position to judge the other, it is I.

The young man no longer sits near me in class. He does not look at me. He shows no interest in me, at all. Only a week ago he seemed enamored of me. What could have transpired since then? He could not have expected me to be ostentatious with my affections.

I have deleted the young man's calling number from my mobile. This shall eliminate all temptation for me to contact him. I refuse to be the one who tries to form an attachment only to be rejected.

The young man sent me a Facebook friend request not long after he left his calling card on my desk. I have never looked at his profile since I first added him because I did not want him to see that I had been viewing his profile. Last evening, I tried to uncover as much information about the young man from looking at the comments he left on the walls of our mutual acquaintances. His comments said as much about him as his text letters.

I was adamant that I was not going to view his profile, but then my Facebook feed indicated that the young man's relationship status had changed. My pounding heart seemed to direct me to his profile. I was afraid of what I would find even though I already knew. I suppose I was perspiring, shaking, hoping that what I expected was false. But his profile plainly said that he was in a relationship with some young woman he met at university.

In a relationship? But that would mean that he liked the woman for a long time, including while he was wooing me. How indecent! His status does not say that he and this woman are courting but that they have formed an attachment. I do not understand. Did he ever care for me? With this knowledge, I know that his is the worst sort of character.

Continue to Part III, “What Does He Mean I'm Not Marriage Material?” »