Choose Your Own Adventure: Keg Party

1 It’s seven o’clock and you want to rock—you want to get a belly full of beer. They say that Saturday night’s alright for fighting, but what they don’t tell you is that it’s also ideal for drinking. So it’s a good thing that you and your friends have been invited to a keg party tonight.

2 After spending forty-five seconds picking out your outfit (jeans, t-shirt, hat, done) you’re ready to go. Or are you? Do you: 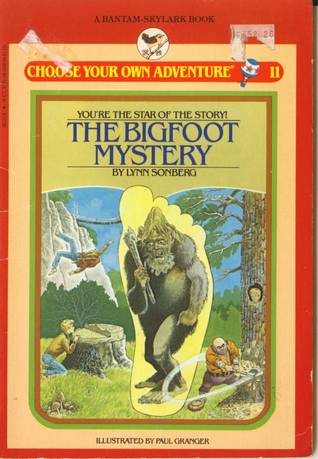 3 Oh. You want to be a woman, huh? Well, how about that? Um, unfortunately, I know less about women than anyone else on the planet, so God only knows what kind of adventure you’d have at this party as a female. It would probably be something along the lines of taking four hours to pick out an outfit, then spending another two on the phone discussing the latest episode of Grey’s Anatomy with one of your girlfriends.

So basically, you just missed the entire party. Too bad for you because it was awesome. How about you be born with a penis next time, k? END (suggested reading…)

4 So you’re just gonna head over to this party stone cold sober, huh? Do you really think that’s the wisest decision? What if the party is awful? What if they’re already out of booze? What if you run into one of the several (that’s right, you’re a player) women you’ve bedded in the last semester? You can’t face that sober. God help you, you can’t face that sober. Hasn’t college taught you that more booze is always better than less booze? Well, if it hasn’t, that’s the lesson you take away with you today. Use it wisely. END (suggested reading…)

5 No sense in showing up at a keg party sober. You crack open a beer and fire up a game of Madden, drinking and throwing up Hail Mary’s like it’s going out of style. Take your time, no need to get to the party on time. The coolest people always show up fashionably late. That’s you; you’re cool like some Hollywood superstar. Just without the looks. Or the talent. Or money. But a few more beers and you’ll forget all that. And not a moment too soon.

6 Beer apparently isn’t going to get the job done for you tonight, is it? Nope, you’re headed straight for the Jack Daniels. And you’ve decided to do away with shot glasses and swig straight from the bottle like a true champion. Or your alcoholic uncle.

Unfortunately, unlike your uncle, who can drink half a bottle of whiskey and then pick up his kids from little league practice, you don’t have quite the same tolerance. While you’ve often bragged about drinking half a bottle of Jack Daniels to your friends, when you actually do so tonight, you pass out on your bathroom floor in your own sick. I do not envy what lies ahead of you in the morning when you vomit so hard that you pull several muscles in your back. Not that that’s ever happened to me. END (suggested reading…)

7 Finally, you reach your destination, the party, just fashionably late enough to seem cool, but not so late that there’s no beer left. Well played. You walk up to the door and one of the guys in charge tells you it’s five dollars to get in. Do you:

8 You give the guy your five dollars and he hands you a cup. You promptly throw that cup on the ground and withdraw the largest beer mug anyone has seen. People’s eyes light up all around you as you make your way inside the house. Clearly, you’ve been to a keg party before. Or you’re an alcoholic. Either one really. Anyway, now that you’re inside, do you:

9 Oh, so you’re going to be that guy, huh? People you don’t know buy alcohol for you to enjoy and you’re going to stiff them five dollars? It’s five freakin’ dollars! No, hey, whatever, that’s cool. You begin to sneak into the woods, gleeful at your resourcefulness, and guess what happens? A goddamn Bigfoot attacks you. That’s right, the mythical Sasquatch charges out of the woods and breaks your neck. Of course, that’s after he rapes you. Maybe next time you should just pay the five bucks and save yourself this horrible/hilarious demise. Cheap bastard. END (suggested reading…)

10 You find a collection of your friends standing in a corner of the house. They’re all drinking and generally acting like fools. Maybe one of them is about to vomit. Another one is about to start crying for no apparent reason. Did his girlfriend break up with him? You don’t even care enough to figure it out. And it looks like one is about to start a fight with a member of the football team. And not a punter, but one of the linebackers. Either way, you decide that maybe it’s a better idea if you go find that beer pong table.

• Go to #12, but why don’t you take a second to reevaluate the people you hang out with first. Go ahead, I’ll wait. Take all the time you need.

11 Ah, the keg. The only reason all of you are tolerating each other’s presence tonight. You get in line and wait for a beer. Of course, there are two geniuses in front of you who have either never operated a keg before or are focused on screwing it up for everyone else. You watch in hushed awe as they pump the thing approximately 50,000 times before trying to fill their beer. Goddamn amateurs. Where’s Bigfoot when you need him?

Anyway, those two fools finally get out of the way long enough for you to fill your mug with the sweet nectar of the gods and contemplate your next move. Do you:

But no matter, you approach the table and look around, knowing you’ll need a partner. You see two possibilities. The first is a dorky looking guy standing off to the side. He would be completely unnoticeable save for the fact that he’s throwing spare ping-pong balls in a cup that has to be 20 feet away. And he’s sinking shot after shot. The other possibility is a smoking hot female who just tried to pour a can of beer into a cup… and missed. Do you:

13 You decide to go with the sure thing (um, not that kind of sure thing) and pick the guy as your partner. He doesn’t seem quite as surprised that you picked him, so much as he does that someone is actually talking to him. Not a good sign. But, whatever, because you two proceed to rule the beer pong table for the next several hours. You take on and defeat all comers. Together you and your dorky new friend are the Legion of Doom of Beer Pong. And it’s awesome.

What’s not so awesome is that fact that after everyone is sick of the game and wanders off, your new sidekick has latched onto you like he’s made of human Crazy Glue. There’s no getting rid of him and all he wants to do is talk about what a great team you two made and a bunch of other stuff you could care less about. Oh, and he’s not drinking because he’s got church in the morning. You try to convince people that he’s your butler, but it doesn’t work. You might as well be a leper. That’s what you get for thinking that winning is more important than having fun, or in this case, hooking up with a smoking hot chick. END (suggested reading…)

14 You decide to forget about winning and team up with the hot chick. And, as advertised, she sucks. Oh man, is she terrible. Really, really bad. So bad that she couldn’t hit the water if she fell out of a boat, or a similar cliché. You end up losing and drinking a ton of beer. Which isn’t really losing at all when you think about it.

You’ve also noticed that losing and drinking all that beer has had another positive effect. Your partner is now drunk enough to find you
attractive. Good times. She suggests that maybe you two should go “watch a movie” some place alone. Do you:

15 Well, I don’t even know what to say here, other than, “Congratulations, you are truly God’s dumbest creature.” END (suggested reading…)

16 Taking your new friend by the hand you lead her back into the party, looking around for a spot to “watch a mo–” Okay, you know what? We all know what that’s code for, I don’t think I have to hide it anymore; it’s not like your parents are going to read this and figure things out. Anyway, you spot what appears to be an empty room downstairs, but you also notice some stairs leading to the second floor of the house. Do you:

17 Well, I’m not going to lie to you. Choosing a room downstairs when there’s a keg party going on, that was not your finest hour. While the people who accidentally stumble into the room with a slurred, “Oh, sorry” are bad, the ones that stumble into the room to vomit are worse. And yet, you’d still take them over the ones that stumble into the room, then kinda stand around and watch to see if you and you’re female friend will do it. Because you’re pretty sure at least one of those guys has a video camera. And while professional porn stars can handle that kind of pressure, you and your now emotionally-scared penis cannot. While this means that there will not be any video footage of you having sex floating around the Internet, it unfortunately does mean that video footage of you not being able to get it up will be. You’ll be surprised to find how many people don’t want your autograph when you’re the star of a YouTube clip entitled, “Limp Dick Dumbass.” END (suggested reading…)

18 You’ll be pleasantly relieved to find that upstairs is much quieter and free of drunken tomfoolery. You stumble into an empty room and, well, you know what happens next. I’m not going to spell it out for you. I mean, this isn’t one of those trashy romance novels with Fabio on the cover. But it is going to end the same way, with everyone living happily ever after. Well, maybe not ever after, but for the next few hours. But it doesn’t really matter because at the end of the day, you got drunk for only five dollars, didn’t get raped by Bigfoot, and totally had sex on a stranger’s Spider-Man sheets. And that’s a pretty sweet day for anyone. END (suggested reading…)