Hello, my name is Dr. Treli. Please, take a seat. After many extensive tests I feel that we have a diagnosis for your illness, and I'm sorry to say that it doesn't look good.

I'm sorry, but you have Andy Dick Cancer. 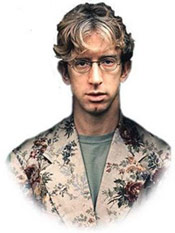 We've done everything we can, but it's just too late. The tumor started in your bone and traveled metastasized throughout your body. What's worse is that Andy Dick Cancer is inoperable, and there are no known preventions or treatments. It seems that it may never go away, and regardless of how many operations we've done it refuses to be ignored. We will immediately begin radiation therapy in an attempt to isolate it from your lungs, but it has already infected your liver. And I think I speak for everyone when I say that Andy Dick Cancer knows exactly how to ruin a liver.

It's difficult for me to say this, but I'm afraid you will die. Andy Dick Cancer is terminal, and once you are infected it will never go away. The cancer is so powerful that in an exclamation for attention it will engulf every major organ until you can no longer avoid it. The longest a man was able to fight it off was two years, and then Andy Dick Cancer made a cameo in Old School and our patient was found dead the next morning.

A continual sense of "not getting it," and feeling lost in basic scenarios is very common.Andy Dick Cancer will never go away. You can try to live with it, and you can try to live around it, but in the end, Andy Dick will always be in your life. The cancer spread so rapidly it infected every cell it touched. After it reached the lymph nodes the tumor gained a massive grasp on your brain. This rare form of Acute Leukemia has forced its way inside your cerebellum and will slowly eat at your brain tissue. Within two months Andy Dick Cancer will have given you symptoms of severe retardation, and within six to eight months you will have lost all brain function.

I feel I should warn you of some of the symptoms you will experience with Andy Dick Cancer. If you ever plan to live with it there are many ways you can work around the hardships of such a deadly disease.

First, let me remind you that Andy Dick Cancer is the deadliest type of cancer known to man. It is unknown to most of the medical world, so many of these symptoms will go unnoticed for much of your remaining time. At first, you may feel as though you don't understand how your body is reacting to Andy Dick Cancer. As the cancer gradually overtakes your entire system, you may not know what is happening. Many patients experience a loss of interest, or an empty feeling inside. A continual sense of "not getting it," and feeling lost in basic scenarios is very common. Irrational outbursts of illogical behavior will ruin many social gatherings you attempt to partake in, and you will frequently feel as if everyone is paying attention to you, even though you offer no true input on the situation. Exposure to Andy Dick Cancer will, in time, infect your brain to the point where you are nothing more than a social vegetable.

We will start a cocktail therapy as soon as possible to slow the spread, but we fear that with the upcoming Roast of Joan Rivers on Friday, Andy Dick Cancer will strike again. It has appeared many times at roasts before, and the worst case of Andy Dick Cancer recorded was during the Roast of Pamela Anderson. Other terminal cases have been the Roast of William Shatner and Dave Attell's Gong Show.

I'm sorry; I know how hard this must be. The best advice my colleagues and I can give you in a time like this is to remain as strong as possible. Although Andy Dick Cancer will appear everywhere in your life and ruin even the most basic experiences, it is possible to ignore. Mental strength will determine how long you can survive this illness. The main thing you must focus on is ignoring the cancer. Andy Dick Cancer will appear everywhere if you do not make a conscious effort to ignore it. You need to remain strong and positive in these times. These last days of your life could be filled with love and happiness. Or, they could be filled with Andy Dick. 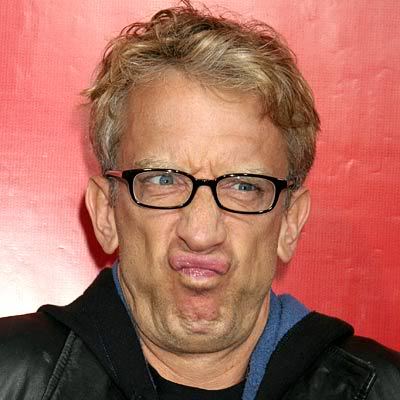