Signs You are Having a Bad Day

Most days aren't great, but can you recognize the TRULY shitty ones?

If we are honest, most days of this life are pretty mundane. This is where life resides: somewhere between the black and the white, the nuanced shades of grey that smear across the canvas of life. And just like saying the word "pineapple" over and over until it loses all meaning (and the woman sitting next to you on the subway is clinching pepper spray in her hand avoiding eye contact) or tasting a thousand wines in succession until you find they all taste the same (and you're really drunk again and texting your high school boyfriend), eventually all the grey paint swatches start to look, well, just grey.

1. You are organizing, participating in, or directing a search party. 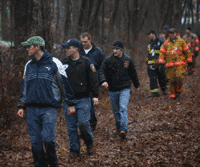 "SEARCH, PARTY OF 25… your victim is ready." If you are in a wooded area at dusk, holding a flashlight and a walkie talkie, stepping over logs and abandoned microwaves screaming "Courtney!" for 12 hours, then chances are, you are in a search party. In this case the word "party" is very deceiving. Although, they are generally invitation only, involve lots of friends, and the parents are drunk and crying. So in that sense it's a little like a party, I guess. But don't be fooled, it's a sign of a bad day.

2. You are in charge of putting a lot of candles in paper holders. 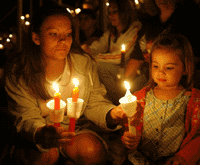 "Hold this, fire tells God we mean business." This is not to say candles aren't good. If you are lighting candles and placing them around your room, chances are, your week is going to be awesome for 14 minutes or so. Also, if you are at Yankee Candle Co. with your girlfriend or gay boyfriend, smelling an array of candles in jars that are supposed to smell like a lightning storm, then that's boring, not bad day material. By the way, if a summer storm smelled like those candles, I would probably hang myself because that storm is not a regular storm, it's a Wrath of God Troll Zombie Mutant Apocalypse Hurricane Storm of Horror and I am taking myself out before I turn into one of them. Regardless, candles in paper holders are a very bad sign; they probably have to do with finding Courtney.

3. You are in handcuffs crying… and the police weren't the ones who handcuffed you.

If you are being shackled by police for being drunk and defecating in a tire swing at the park at 3am, that is not good. However, if you are sobbing in handcuffs and the boys-in-blue are nowhere to be found…wow, you are going to have a very very bad day. In fact, probably a bad few months. Your name might be Courtney. It's probably of little to no respite, but they are having a candlelight vigil for you.

4. You are having a funeral for someone and there is no need for a coffin. 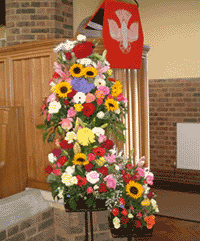 Besides, flowers smell a heck of a lot better than an open casket. Having a funeral for a loved one is difficult enough but if there is no need for a coffin and you haven't cremated anyone, than something went horribly wrong. The best case scenario for your loved one at that point: they drowned, and were subsequently eaten by sharks or pulverized by the blades of an oil tanker. That is the most peaceful possible way that scenario plays out. Again, things are not looking bright for Courtney.

5. You wake up in the middle of the night handcuffed (but not by the police) to find Courtney—the young girl you were pretending to look for in the search party, who has been locked up in your basement—pouring gasoline on you in your bed while holding a candle threaded through a piece of paper. "Hey, at least your family won't have to pay for a coffin," she says.

If this happens, you have had a very bad day.