An Open Letter to My Fellow Bus Passengers

Let's make our awkward time together a little more enjoyable.

You might know me as the guy who gets on the bus every morning at 7:26AM. This is not by choice. I'm not anti-car, or looking to reduce my carbon footprint. I'm not doing it to "be green," since I hate the environment as much as the next person and would love the chance to throw some more carbon into the air by driving. But since buying a car and the insurance that goes with it is pricey, I prefer to use what I like to call my "public chauffeur." Since we're all in this together, I think it's important to look at some of the key issues that are making our time together less enjoyable and work together to fix them. 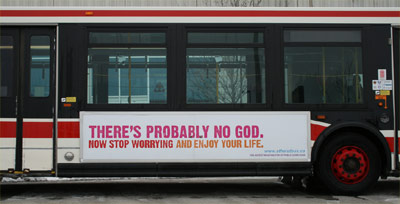 First of all, I'd like to address the guy in the back with the $300 phone who can't afford headphones but still insists on waking up to Waka Flocka Flame in the morning. Unfortunately for you, since there are no VIP booths on the bus, you're forced to sit out here with us common folk. So unless you're taking requests, turn that shit off. You don't scare me with your straight brimmed hat.

If you're just taking the bus to get to the McDonald's two blocks away, you should kill two birds with one McNugget and walk. My second issue is two-pronged and deals with high school girls. The last time I typed the words "two-pronged" and "high school girls" in the same sentence I was asked to "have a seat over there" by an older gentleman and his film crew, so I'll be sure to choose my words very carefully. Maybe I'm just bad at reading signals, but I don't understand why you would wear skin-tight "yoga" pants and then act offended when I try to put you into the downward-facing-dog position. Also, you may not be aware of this, but other people can hear you when you're talking out loud. This includes the story about "Shelly gobbling cocks at Jake's last party" that you mentioned 10 minutes ago. I don't know Shelly or Jake, but  since I sometimes forget to bring a book or music on the bus,  I'm forced to deal with my own imagination. And now I've constructed this horrible mental image based around Shelly's insatiable appetite and a barrel full of detached erections, so for the love of God keep it quiet.

I think we can agree that getting your own seat on the bus is one of the small joys of life; greater than enjoying a sunny afternoon or raising a newborn, but not quite as blissful as using a bong for the first time. For this reason, I think we should include a "standing-only" pit for the larger commuters. The small seats are restricting anyway and if a Snorlax sits beside you it will make your commute miserable, so a standing pit that sorts you according to your BMI is something we should think about. Not to mention you burn more calories by standing up than sitting, so until we figure out how to get some treadmills on this bitch, you're standing, fatty. I also think that if you're just taking the bus to get to the McDonald's two blocks away, you should kill two birds with one McNugget and walk.

Finally, I'd like to take a minute and commend our driver. He or she (but probably he) is out there every day weaving this large aluminum box in and out of traffic and interacting with hundreds of douchebags a day while only being a little bit drunk. Of course, "bus driver" is the only job left where you can be openly racist and not get in trouble. White kid gets on with a transfer? Glance at it and nod. Ethnic person tries to get on with a transfer? "Let me see this shit, I've heard about those forged transfers your people have been printing in your basement meth labs."

In closing, I'd like to thank all of you for filling my morning with the sights, sounds, and sometimes smells that fill my morning commute. I don't know where I would be without you.

Related
An Open Letter to the CDC about the Coronavirus Which Is Spreading in My Office, I’m Just Sure of It
Olivia Kram
Open Letter from the Fake Socially Conscious Advertiser
Peter Moran
An Open Letter to People Who Do Not Put PowerPoints into Presentation Mode
Samaria Johnson
Resources