How to Be a Modern Artist

The job market today sucks. If you're smart, you've realized that your job can be done by an iPhone application or a kid in India for a fraction of what you're getting paid, so you've decided to tap into your creative side to make a fortune in art. You can't outsource creativity, right?! And since you're not busy working, and have started to build a new drug habit, you've picked the perfect time to be an artist. 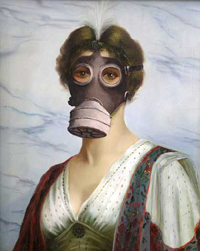 You can't spell "fart" without "art."You've possibly even seen some art before—maybe on a billboard advertising a museum, or in a Simpson's episode denouncing one—so you know it can't be that hard. If you think that you can just show up on the art scene and be accepted and revered by your peers… well, you're half right. But if you want to be wildly successful, you'll have to follow a few guidelines. You may see art as something majestic and complicated, but society has placed a greater weight on "creativity" and "originality" than mundane things like "skill" or "technique."

Here are three things you need to do if you want to be a modern artist.

Anybody can pick up a brush and paint something; if you're looking for that extra edge in life that will help you amaze and impress everyone you come across, and you're great at bullshitting, then maybe it's time for you to try faking synesthesia, the neurological disorder that will make you 1000% more interesting. Synesthesia confuses your mind into mixing up two of your senses; you can see sounds, hear flavors, or taste textures. Tell people that what you just painted tastes like Belgian waffles and watch their faces flush with post-coital bliss as they pretend to "get it."

N.E.R.D's Pharrell has built his career making music that some would describe as "noise," but since he can apparently see sounds, when he says his music looks amazing, the general audience just nods in agreement. Think of what this can do for your craft if you can tell people that their opinion of your art is irrelevant because they don't have the same neurological disorder as you! 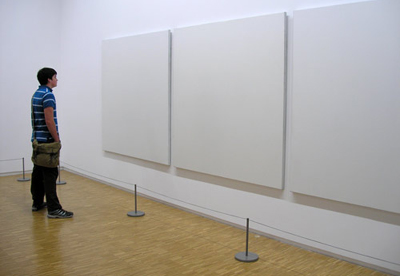 Stendhal's syndrome is another good disease to pick up. Stendhal's causes dizziness and hallucinations at the sight of a great piece of art. It can also cause you to pass out at the sight of a "masterpiece," so you could just fall asleep in front of your work and blame it on your immense talent.

Good art is often found in odd places. Even the famous "Last Supper" painting was stored in stables when Napoleon invaded Milan, meaning that 80% of the painting had to be restored once recovered. Likewise, some of today's good art is hard to find and even harder to assign credit. Banksy, an English graffiti artist, has made a career out of being invisible, and his career has lasted more than 10 years. All over the world, from Israel to England to Toronto to LA, people have been treated to Banksy's talents of applying spray paint to stencils in areas that normally don't get "tagged." 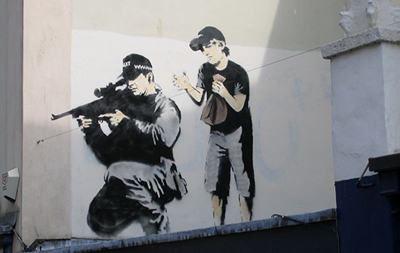 What can you learn from this? Well, you should probably put your art in a place that people wouldn't expect to find it, like the bricks walls of a ghetto, the site of a building demolition, or Disneyland's Thunder Mountain ride. Even though Banksy has defaced hundreds of public properties, nobody knows what he looks like. This sense of mystery is something you should aspire to, making sure that people know your name but not your face. But don't think that this method will keep you from making money: Banksy's works have fetched anywhere from $50,000 to $210,000 at auctions, even though it often means that the entire wall has to be removed in order for someone to own the picture.

Jean-Michel Basquiat was a crack fiend in New York whose Afrocentric scribbles found their way from the streets of the city to the designs on a line of Reebok shoes, the walls of Jay-Z's home, even immortalized in ink on the thigh of Rick Ross (that's an accomplishment, right?). Why is Basquiat so popular? Is it because of his abstract style, his unique look, or his friendship with Andy Warhol? No, it's because he's dead. 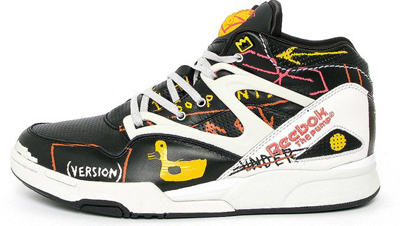 After dropping out in the 10th grade, Basquiat worked hard in the art scene for years to make a name for himself. He even dated Madonna before she was "Madonna." This relationship led to an eventual friendship between Basquiat and Warhol (another of Madonna's close friends), and when Andy died a few years later it hit Basquiat hard. He had always been a heavy drug user, but Warhol's death pushed him over the edge to the point where he would paint with a bucket beside the canvas for when the heroin made him vomit. He died at 27 of a heroin overdose, and more art collectors showed up to his funeral than actual friends; in fact, the current curator of MOCA gave the eulogy.

Apparently, Baquiat's best career move was dying, since his last two paintings were sold for $13.5 and $14 million. Do you have any idea how much heroin you can buy with $27 million?? (Seriously, if you do then tweet me as I've just come across a duffel bag of money and am looking to invest it.) Can his paintings be called art? Maybe. After all Robert Farris, a Yale art historian, classified Basquiat's work as a "true masterpiece," and I think he knows what he's talking about.