The Power of Magic

Erika and Derek pop up through hidden floor trap.

Derek: Erika and I are honored you have come to our ceremony. I would personally like to thank my parents for NOT coming. I hate you both Ted and Janet…

Derek: For hell is a long journey and the pain is all I have to travel with.

Derek: As you all know, Erika and I refuse to get "married" in a church. The only God we know is the God of Five….

Derek pulls out four aces in his pocket and flashes them to audience. Erika picks one of the cards. As she picks the card, Derek grabs fake blood capsule with other hand from other pocket.

Together: The God of Magic!

Erika "slits" Derek's throat with card. Derek breaks capsule with other hand and grabs her throat exposing the fake blood on her throat.

Erika: Derek, I am your black pig. You found me when I was at my lowest and your power has awoken me. Without you, I am a wonderer. A lost soul. I was the white pig. I will cherish our love forever. I now sacrifice myself to you…

Derek: Erika, I am the wolf (cue wolf howl sound clip) and you my black pig. The full moon tonight signifies our love is eternal. I will love you forever. ‘Til death do us part….

Cue thunder sound clip. At same time thunder clip is heard, release the hundreds of random cards from ceiling onto the audience. As audience is distracted, Derek exits thru trap floor door, replacing self with live snake.

Erika picks up snake and lets it wrap itself around her naked body. She begins to shake.

Second smoke bomb goes off. Erika escapes through trap door. Replace Erika with a bunch of roses with the ace card laying on flowers.

Side note: Wait 'til smoke clears before announcing directions to the Cracker Barrel reception party.
.
.
. 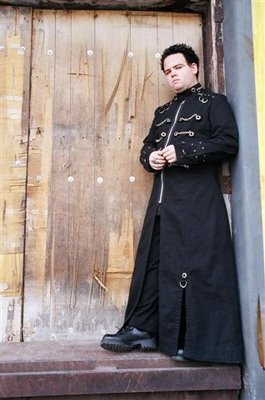 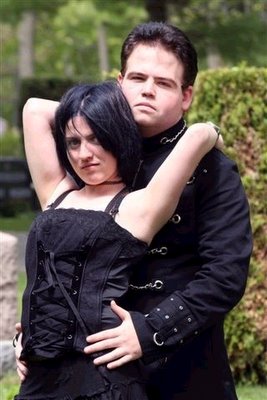