... or, For Their Tiny Size, Hamsters are Surprisingly Vicious and Bloodthirsty

My very first pet was a puppy. He was a black lab, and I got him in kindergarten. I named him Bagel, because he looked like one when he curled up in a ball and it made perfect sense to five-year-old me. I was too scared of dropping him to hold him, and then he got really big and energetic and I don't think I actually interacted with him again until I was 9 or 10. But I drew his picture on all my trapper keepers and lavished glitter stickers on his food bowl… you know, whenever he was sufficiently far away that I could hide before he jumped on me.

I also had a Doberman, who was probably the sweetest dog I've ever owned, a permanently-spazzing border collie, and a weird road kill-hunting mutt who we named Zookerina (Zookie for short) because, well, she was a weird dog and needed a weird name. Zookie is about 14 years old now, and still drags flattened squirrels back to the house to chew on (daintily, of course). I eventually got another lab puppy, who proved to be a happy prancing idiot and my best friend through high school. I would have brought him to college but he's couch-sized and likes to spend his free time barking at what I can only assume are particularly threatening air molecules.

My second ever pet was a hamster. Her full name was Cooper the Super Duper Pooper (I was like, 6, and still maintain that rhyming is cool). The pet store owner spent a good half hour holding her in front of us and showing us how sweet she was. That changed the minute we got her home. Like any six year old, I wanted to hug my new best friend. Cooper didn't want to be picked up, and ran around her cage in frantic hamster fashion, before my dad bravely scooped her up. She promptly bit him, and in that instant I knew I would never, ever, in a million years go within 3 feet of her. I finally caved on the three-feet-between-me-and-gnashing-hamster-teeth rule, and for the rest of her life once a week I scooped her up in Bagel's dog bowl and dumped her unceremoniously into an especially deep Tupperware container while I cleaned her cage out. Cooper the SDP somehow lived twice as long as the average hamster lifespan, probably out of spite.

I decided to get a gerbil next. I was going through a Harry Potter phase (okay, I'm still going through a Harry Potter phase, but whatever), and wanted a rat but a gerbil was the closet thing I was allowed to get. She was gray and adorable and the pet store guy actually advised me to hold her tail while I petted her so she couldn't get away. I was an elementary school child actually being encouraged to pull an animal's tail, and did indeed play with her every day… for a month, until she bit me. Then it was the dog bowl transportation system all over again. After a few years of watching her chew through everything I put in her cage, including the metal mouth of an "indestructible" water bottle, I came home to find that she wouldn't wake up. She was barely breathing and spent a full week slowly dying, and all the while I brought her carrots and dandelions and everything else she used to love because obviously that would somehow fix her. I alternated between hysterical sobbing and glee at the realization that she was too weak to bite me and I could hold her as much as I wanted. I remember sitting on my bed just holding her and giggling like an insane villain.

Somewhere in there I began a decade-long series of beta fish. They are supposedly difficult to kill, but I found it extremely difficult to keep them alive, until I gave up. The first three had their water changed before it could get cloudy, were fed the recommended amount of food, and had their bowls moved to keep them out of direct sunlight but away from drafts. They all kicked. Or rather floated, belly up. Then I got Mittens. Beta number 4 was successful. I had given up on obsessive fish care, and let his water get cloudy and disgusting. I fed him every 2 or 3 weeks, if I remembered. Mittens thrived. He was perky, and swam constantly, and when I fed him I could hear his teeth making little crunching noises, which assured me that I had a most fearsome pet. There was an actual layer of dust over the surface of his water, but he made a bubble nest in it anyway, then swam some more laps, ever-convinced that a lady beta was swimming her way to him and his bubble nest. He lived for several years, before conveniently dying before I would have had to transport him home for break last year (two days after I got around to changing his water, might I add). I gave him a burial at sea… or at least I assume he will eventually get out to sea, if all water really does lead there.

I would argue that my next pet was a tree. It was a little tiny sapling on the middle school playground that some of the popular boys thought would be fun to try to rip out of the ground. They didn't succeed, but they did rip the poor thing almost in half. My best friend and I carefully ripped strips of fabric to form bandages, and wrapped it back together as best we could. Every day at recess we watered it and sang to it. For a few weeks, it seemed like it would somehow recover. We started a tree club, complete with construction paper membership cards and a motto that somehow related kittens and trees. While the popular girls discovered lip-gloss and boys, I sat in the mud singing to an Acer rubrum. It died, kind of like my social life.

My second guinea pig managed to stay alive longer than a month and was very sweet. Actually at that point just not dying was all it would have taken to win me over. She quickly put us all in our places, as her servants. If I was too slow to fetch her apple slices she would squeak a furious reprimand that echoed through the entire house. I used to build fairy houses outside and bring her out to sit in them on a little tree bark throne eating flowers. She's at a rodent sanctuary now, and last I heard she had established herself as queen there, too and was traumatizing the cats.

Looking back, I'm surprised I never managed to hug any of my pets to death. I remember one ill-fated attempt to krazy glue hot pink glittery feathers onto the gerbil so that she could fly and sparkle, which resulted in the second gerbil bite I ever received. Now I have a dog so traumatized by her old owners that I can hug her as much as I want while she freezes in terror. Also she's okay with wearing clothes. She's like a squirmy Build-a-Bear that occasionally pees on the carpet. 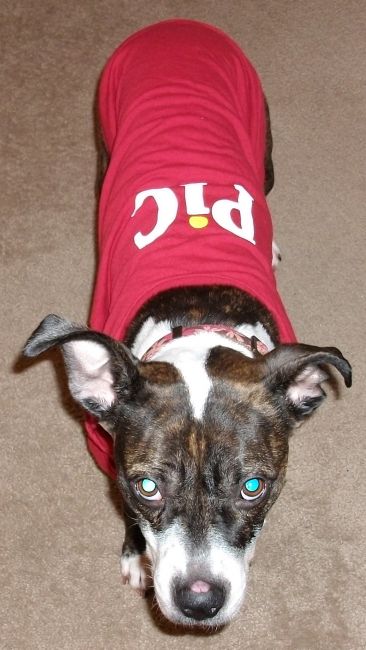 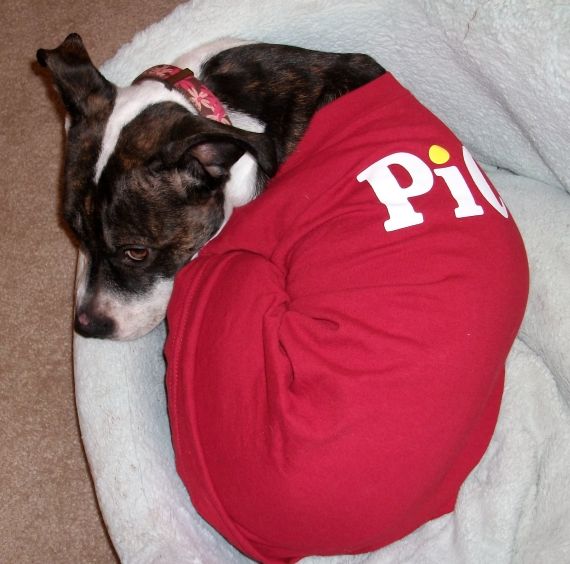