A Sucker's Guide to Sports Terminology

I've been fooled too many times in my life. They call me a sucker. A prime cut of virgin naïveté. I've been hustled by groups of 8-year-old travelling magicians, given teenage gypsies 50-dollar high-fives to honor their brave service in the Korean War, eaten paint off Chinese toys because they damn sure smelt like blueberries, and trusted Dick Cheney with my rifle when he swore he saw Hitler in Grenada. However, as I sit in my wheelchair struggling to move my big toe, my faith, credulity, and unyielding trust in the human race remains strong, even in the world of professional sports.

If my years have taught me nothing more than the joy of getting up at 10am on a Sunday (the McGriddle is amazing!), sports are damn confusing. However, I will not be fooled again, because I have learned to speak sports' hieroglyphically constructed language. If you so much as attempt to trick me I will recognize it, spike your head with a football, change my name to John Siete Dos, and marry your sister. Those kids will have no future I can promise you that. Unless they like mathematics, bingo, or want to be a Spanish robot, in which case I guess it could work in their favor.

Regardless, here's my gift to you fellow victims: A Partially Definitive Guide to the Terms of Sports. Enjoy this RBI double and go for the gold. 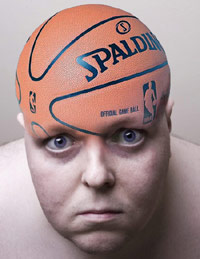 I came down with this malady in the early spring of '97. At least that's what Dr. Berkman led me to believe. In proper medical parlance the blurred vision, fatigue, and loss of feeling in my feet was the result of Type 1 Diabetes. Boy that Berkman had a sense of humor. He must have had a hell of a bellyache when I ran on the court in Madison Square Garden repeatedly stabbing Trajan Langdon and the rest of the Duke Blue Devils with my insulin pen.

Trust me, as much as you want to believe Dr. Berkman or your next logical inference (a period of heightened sexual libido for squirrels beginning in the month of March?), March Madness refers to a month where old white dudes monetarily exploit the physical ability of gifted college athletes, masked as a college basketball tournament. Which kind of sounds like…. ehhhh, too soon. 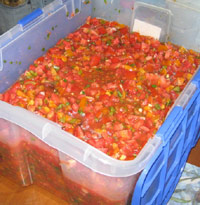 Imagine sitting in a pool of salsa, except the pool is made of papier-mâché, lacks ladders, and is sculpted with a more gradual incline. Flashback to the winter of '94, and gaze upon my super bowl. Architectural feat? Yes. Delicious with giant chips? Yes again. Fun to drown in salsa? Not really.

In one of the saddest Sundays of my childhood, I spent hours in my super bowl treading salsa while yelling "Go Cowboys!" at passing cars, my back rash burning in excruciating pain and the 25-degree wind meeting head-on with my spicy frostbit cheekbones. My cheers eventually evolved to "I'm dying!" until Wolf Blitzer and the CNN news helicopter finally saved me on national TV, after the game ended. It was comforting to hear that the Cowboys won and my cheers were not for naught. As I learned that day, 3rd grade classmates are liars and my parents had a sick sense of humor. The Super Bowl is a football match you watch alone in your room with an inferior bowl of salsa to your left. A Doy. 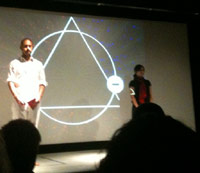 Listen. Do not show up to Nevada at a NASCAR event wearing a silk robe, holding a flute, and driving a Prius blasting electronic space music. Contrary to what Mikel told you, it is not the New Age Spiritual Conference at Reno. These people will hurt you when you speak of a release from the confines of American religious dogma. Their camouflage outfits are not a Buddhist tribute to man's connection with nature, so don't ask or you will get a mouthful of Skoal in retaliation. When you arrive at the event make sure you talk a lot about Home Depot, Denny's Grand Slam, and the value of flags. The whole ordeal still confuses me, but no matter what happens, remember to drink enough so that you throw up not once but twice.

As confusing as this term is, don't usher illegal immigrants across the border. I'm telling you it doesn't turn out well. Watch athletes with racquets instead.