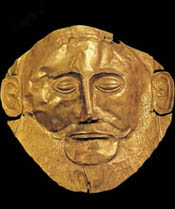 In a post-September 11th environment, away messages are now more important than ever. They define who we are as Americans and separate us from those dirty Ay Rabs. They provide differentiation amongst the masses, and allow for individuality in this highly amalgamated industry. Sure one can make a case for Profiles, Buddy Icons, and maybe even Screenname Format, but it’s who you are when you leave the computer that provides the lasting impression on your “Buddies.”

So what can you do to seal your fate and place yourself high atop away messaging lore, only to be praised alongside such legends as SurfrDude19, I Love Pretzels 8, and URAQTPi12345? Well the answer isn’t derived from some hackneyed three-step process. That is why I have devised a four-step process that should boost your Away Message status from Geek to Dweeb in no time FLAT.

Step 1 – Ditch the Classics. Nobody wants to read whether or not you're playing a game that takes up the whole screen, or that you are “away from the computer right now.” Spice it up a notch. Some favorite spins include “The one about playing the game that takes up a whole screen.” Or “I’m away from the computer right now.” Subtle skews really perk up the flavor of an old time classic. Rule of Thumb: Any away message that was written before 2002 is an antique.

Step 2 – Sure you’re out, but what, or whom, are you out like. In the world of away message writing, nothing gets your heart racing like a simile or metaphor. Where were you the first time you realized somebody was out like an obese child in a game of “dodging the ball.” Ahahahahah… oh man, that one still tickles me where it hurts. But once again, be original, and this may even include not making sense. “Im out like Haley after his Joel Osment surgery.” Sure it doesn’t follow a logical structure, but those are the type of away messages that hero’s are made out of. (Not to be confused with steak, which is what gyro’s are made out of.)

Step 4 – Cram a lot in. Recent literary criticisms about away messages often hark upon the same points: They lack depth, theme, and motif. You can fit a lot into the allowable 900 characters. Shakespeare wrote plays that were that short, Dickens' first 12 novels only totaled 898 characters (numbers taken from reliable fact finding website: fakefacts.org.uk). Most away messages lack the character development necessary to place themselves among the elite. In 2002, famed away message theologian URAQTPi12345 was three votes shy in receiving a Nobel Peace Prize on his away message Mini-Dissertation “On the cultural discourse in Middle Eastern Policy.” His away message was a poignant 730 characters (including works cited). Interestingly enough he put it up because he was away taking a crap.

Follow these four steps as stringently as you would a food pyramid. Be concise yet thoughtful. Say everything, yet nothing at all. And most importantly, if you're playing a game that takes up the whole screen, don’t bother telling the world. I’m Amir Blumenfeld, and you’ve just been educated.

More Like This
An Ode to the Lost Week
P. James Moran
Comedy Courses