If only you'd known what was in store.

Shortly after moving to Florida last summer to attend school in the fall, I began feeling some discomfort in my lower back. Coincidentally, I was also having difficulty urinating. I decided the back pain was from all the recent moving and that the urinating problem was probably contracted from one of the many dirty sluts I have banged whilst not using a condom. Condoms, after all, are for pussies.

I dealt with the pain for a few more days until it gradually moved down my back and abdomen, and began to feel like a rusty knife twisting constantly, poking and prodding, cutting up all kinds of important shit. I've always taken pride in my white blood cell count, so I waited, expecting the pain to subside. Later that night, around eleven, I could barely walk. The pain was so excruciating that I had to get my roommate to drive me to the ER. 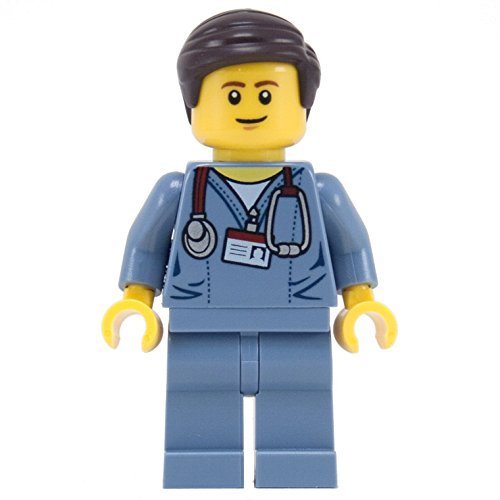 “Bend and hold that pose. Relax, I've done it a thousand times…”

I waited at the ER for two hours, and when my turn finally came around, the pain was subsiding so I said fuck it and left. I woke up the next morning in possibly even more pain—in fact, if my roommate’s girlfriend did not happen to have some codeine, I probably would have shot myself in the head with a nail gun just to defer the pain from my back and stomach.

I needed to see a doctor.

I went to a walk-in clinic and waited about 20 minutes until I was ushered into one of the cold, smelly rooms. Then I waited another hour and a half in the doctor’s office, while the doctor finished checking all the nurses’ rectal temperatures.

Doctor: What seems to be the problem?
Me: [Everything you just read.] Doctor: Well, pull down your pants so I can examine your genitals.
Me: Who the fuck uses the word GENITALS?? [Not really, but that would have been funny.]

This doctor had the biggest fucking hands I have ever seen. His hands made Shaq’s look like a 9-year-old girl's. His pinky exceeded the girth, as well as the length of my own penis. Erect. Anyway, the doctor took his right hand, and flung it upward toward my package. Gently, he began fondling my testicles, using one hand. TWO BALLS IN ONE HAND. I was actually kind of impressed. It looked like he had a pair of those Chinese stress balls that make little ringing sounds as you spin them in a circle in your hand.

His apelike hand slowly lowered, and as I was bending over to pull up my pants, he stopped me.

“Wait, hold on, I still have to check something.”

I was confused. What else was there to check? Last time I counted, I’ve only got two balls. Ah yes, I also have a penis. Hmm, no festering sores or lesions…

Then he grabbed my dick. I wish I had a chart depicting it, preferably in flow form, because this is exactly how he did it: First, he grabbed the base of it, where cock meets balls, with two fingers. Remember, one of his fingers is the size of my entire leg. Then he firmly pinched and pulled upward all the way up my wiener to the head. Wait, hold on…what the FUCK just happened.

Me: What the fuck are you doing?!
Doctor: Huh? Oh sorry, I was checking for discharge.

Ohhhh, ok. The old “checking the penis for discharge” line doc. You’re sneaky but not that fucking sneaky. He then proceeded to explain that if I were to have a sexually transmitted disease, such as the clap, that a discharge would have come out. I guess the penis pinching was justified. Fuck him for not telling me about it first though.

Finally, I got my pants back on. As I pulled them up, my dick receded back into my body. It’s okay little fella, this will all be over soon. Little did I know, It was not close to being over. Not at all.

The doctor stood up and asked me to give a urine sample. I felt like his bitch. I imagined him masturbating to all the little boys he had fondled during the day while he poured my urine all over himself. I went into the bathroom and came out with a steaming, frothy sample of piss. I handed it to the nurse who looked like she still belonged in the Neolithic period. Her brow came out about 3 inches farther than it should with thin, curly hair running the entire length. I waited for about 15 minutes while the doctor and Harriet Tubman sifted through the contents of my urine.

Doctor: Well, you have blood in your urine.
Me: It looks yellow to me.
Doctor: It’s in very small microscopic amounts that you can’t see.
Me: How the fuck did you see it?
Doctor: I used a microscope.
Me: Oh.

He then sighed and sat down, tapping his pen on his face with a worried look, like he didn’t know how to break the news to me.

Me: So…any idea?
Doctor: I think you have prostatitis.
Me: And that is…
Doctor: When your prostate is swollen, urine flow is constricted, which is what I think has been causing your lower back and abdomen pain.
Me: (Still worried) Well, how can we fix this?
Doctor: A simple antibiotic, it will have completely healed in about a month.
Me: Hell yeah, thanks for the help doc!

Oh no, things are never this easy. I really should have seen it coming; I don’t know what was wrong with me. I was possibly deluded from the codeine I still had coursing through my veins. I was in for a little treat.

Doctor: Well you see, I still have to make a proper diagnosis.
Me: Okay…
Doctor: So, if you could drop your pants and bend over the table…

I have never had a feeling like I did when I realized what he was about to do. I began to panic, my body immediately started pouring sweat, and my butt cheeks instinctively clamped themselves shut.

Me: You're kidding right?
Doctor: I’m afraid not, I don’t want to do this anymore than you do.
Me: Since we both clearly feel uncomfortable, you can just give me the prescription and I will come back in a month, and tell you if I feel better.
Doctor: I’m sorry I have to do this, bend over.

I stood there, still in my panic induced shock for another 30 seconds, then quickly dropped my pants and bent over the examination table. As I faced the wall, I heard him fumble around in a drawer for a minute or so, then I heard the distinctive snap of a rubber glove over his hand. Well, there went my balls. I looked down and my dick and testes were so frightened they went into hiding. I turned around giving the go ahead single for the doc, and he was lubing the shit out of his gloved hand with an industrial sized bottle of KY sex jelly. I didn’t really argue at this point, because let’s face it, would you rather have a dry finger in your ass or a lubed finger?

Doctor: Are you ready?
Me: Get ‘er done.

I am honestly struggling to find the words to describe how this man’s baseball bat-sized finger felt digging around in my asshole. For some reason, the first thought I remember thinking, besides the coldness of the doctor’s finger, was how fortunate I was not to be homosexual. I mean, that shit hurt. I was screaming at the top of lungs.

Me: YOU PIECE OF SHIT TAKE YOUR FINGER OUT OF MY ASS! OH MY GOD IT HURTS SOOO BAD! IT FEELS LIKE I HAVE TO PEE AND SHIT AT THE SAME TIME!!
Doctor: Okay. Sorry, we are almost done I have to push on your prostate now….
Me: AAAARRRRRRRRGGGGHHHHH!!!
Doctor: Yeah, that’s pretty swollen.

With that being said, the doctor relinquished his monopoly on my butt virginity. He pulled his finger out, and immediately afterwards, I let out a deep, throaty fart. It smelled very unusual, most likely from the KY. As I stood up gaining my breath, about to pull my pants up, the demon spoke again.

I was too tired to argue.

The fucker grabbed my dick like he did before, two fingers, draining slowly all the way to the top. Still dizzy from the ravage ass-pillaging I just received, I thought I was having deja vu. That is, until I saw a white substance come out of my penis. I know what you’re thinking: “he had an orgasm.” Far from it. I honestly thought the doctor broke one of my testicles and that it was leaking semen.

Me: What the fuck is that?
Doctor: It’s puss from your prostate. That’s why I was pushing on it so hard. It is filled with puss and I had to drain it.

I started laughing. I just couldn’t take it anymore. I expected to see Ashton Kutcher pop out of the KY jug and tell me I just got punked. The doctor handed me some paper towels to wipe the dripping globs of KY off of my asshole. He wouldn’t dare look me in the eye, that fucking coward. I refused to wipe my ass because I needed to get my pants on and get the hell out of there as soon as possible.

The doctor quickly wrote out my prescription and handed it to me. We exchanged awkward glances on the way out, clearly an indication he was thinking about his wife and whether or not he had just cheated on her. As I walked down the hallway, nurses glanced up at me trying not to laugh, but I wasn’t concerned about them. I looked at the piece of paper in my hand.

Moral: FUCK THE DOCTOR. If you don’t want dudes poking their fingers in your ass, don’t go to the doctor. It’s as simple as that. I am too fucking disgusted with myself to write a conclusion so I hope you can live with that.

Don't worry, I'm having trouble living with myself too.

More Like This
You Bet Your Ass This is the Most Patriotic Carrot Salad You’ve Ever Eaten
Gracie Kairis
List: Everything I Told Brenda, Who Waxed My Bikini Line the Day I Became Fully Vaccinated
Anna Currell
I’m Furious About What’s Happening in Our Country But I Have a Doctor’s Appointment On November 6th and Can’t Make it to the Polls
Terry Heyman
Resources