The Evolution of Breasts

A provocative investigation into the human male attraction to boobs.

On a mind-numbing, brain-boiling minivan journey through the desert to Vegas, our discussion took an awkward turn. Todd, our driver, posed the question to the audience at large: why are human breasts shaped the way they are? Other mammals lactate, including those that are the closest genetic matches, but animals' breasts either never swell or only swell after pregnancy. Human females bloom after puberty. So why did female homo sapiens end up with curvaceous figures while our mammalian brethren can only gaze upon flat skin and droopy nipples?

The company consisted of men and women alike, none too familiar with each other, and some diametrically opposed in beliefs on social convention and norms.

"Breasts are like turbo on a car. Sure, turbo is a nice feature, but you can still get a pretty good car without turbo."

Different theories were advanced. From the diametrically opposed we heard, "Because they're juicy" versus "God wanted it that way." I saw these opinions as one of the few times that the god-fearing and the godless among us could agree. Boobs are juicy because God wanted it that way. But neither person wanted to be linked with the other.

The girlfriend of the religious dude expounded in his defense. Breasts were a product of intelligent design. That is quite possibly the most cogent argument that I have ever heard for intelligent design. Whoever thought up the female form with D-cups is inarguably intelligent, and in many cases, an artist bordering on genius.

The scientist among us gave a more traditional theory. Evolution provides subtle pushes for sexual advantages. For men, the more sex you have, the more likely your genes will be passed on. For women, the more mates you can attract, the better selection you will have to provide healthier genetic offspring. Certain peacocks have longer tails, some warblers can warble louder, some baboons have redder asses. So what, pray tell, was the advantage of big tits?

He intended to say more, but primal urges battered his composure and academic speak. He wheezed off into whispered distant memories about "big-ass titties" he had fondled. 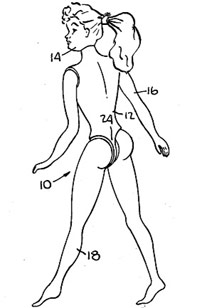 "Now show us on the doll which body part you're most attracted to. …Whatta you mean they disappeared??!"The conversation was making our diverse group uncomfortable. Different girls had varying chest sizes, and boyfriends were obligated to defend and appreciate the size that they were enjoined with.

One boyfriend with a clearly upset, poorly-endowed girl objected.

"Breasts are like turbo on a car. Sure, turbo is a nice feature, but you can still get a pretty good car without turbo."

He smiled reassuringly at his girlfriend. She didn't return the smile and looked angrily out the window.

"Breasts are like brakes. If you don't have them, you're fucked!" added Jeff, an uncouth gentleman from the American plains.

Jeff's words threw lighter fluid on a simmering crowd. Todd tried to calm the car. He hadn't intended to start an argument. He merely wanted to edify and amuse to make time pass quicker.

Breasts were indeed a product of evolutionary pressure, but not as the scientist had explained. While it's true that environments will favor particular physical mutations (thus increasing the likelihood of propagation), boobs wouldn't fall in this category. The rise of humans occurred in vast savannahs. Humans had to be agile and quick to survive in broad plains filled with angry predators. Big boobs bouncing up and down every time you needed to run, which was often, would almost necessarily decrease your ability to survive. So why would nature promote a harmful trait, unless a benefit outweighed the harm?

More important to human survival, more important than any outwardly noticeable physical adaptation, was the growth of the brain. A weakling human community could survive on the plains through smarts. Better tool making ability, better collective strategizing, better cooperation and safety in a group.

But a community doesn't guarantee survival or a big brain. Several species to this day live in groups, yet their brains aren't particularly large to their body size. In order to have the necessary evolutionary skills to overcome the plains and eventually dominate the planet, you would need a highly communicative society that could plot, have foresight and empathy.

In order to get to the point of face-to-face sex, there would need to be a motivating factor. Men are difficult enough to train out of habits. Breasts, especially big ones, garner a lot of attention. Pleasing to look at. Moreover, when pressed together, they look similar to butt cheeks. Men would be enticed, or you could say fooled into having sex in a frontal position by ersatz butt cheeks. Thus leading to more interaction, more attachment to the family and more chance for survival.

The car lapsed into silence as we digested the lecture. Our driver's self-satisfied grin shown brightly in the rear-view mirror. The Christian girl, surprisingly, had the best comeback. I had expected her to just start yelling at this blasphemous rendering of Eve.

"Interesting, for sure, but therein lies a fatal flaw. If anything, you just made my case stronger. Your take leads to extinction."

"Your theory would have only led to a tremendous increase in titty-fucking."