We Wish You an Annoying Chistmas

Just say no to underage drinking, extortion, blackmail and murder.

‘Tis the season again for being bombarded with really weird Christmas songs that we all sing along to, but haven't really given the underlying message a second thought. So you know what that means, it's time for overanalyzing another Christmas song that you can NEVER EVER hear again without your mind going to a very dark place.

In the past, I've tackled "The Little Drummer Boy"—I get the sense that little guy is tackled more than a Vatican City altar boy; I've violated the ultra-rapey "Baby, It's Cold Outside"; I've cheapened the overly sexualized and materialistic hookerish song "Santa Baby"; and I've looked down on the overly-condescending and disturbingly arrogant song "Do they Know it's Christmas?"

This year I thought I'd pick apart the song that encourages underage drinking, extortion, blackmail and murder: "We Wish You a Merry Christmas."

This song is a carol from the West Country of England, whose exact origins are a bit disputed, but it is generally agreed upon by most prominent history scholars that anyone who sings it is a complete and utter douchebag. Furthermore, since it is widely accepted as a popular children's Christmas song, those same scholars have also determined through careful scientific analysis that you're a shitty parent. 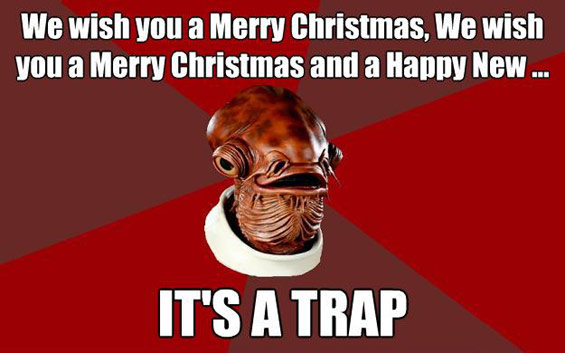 A parent trap, causing you to raise your children to become asshole alcoholic criminals.

"We Wish You a Merry Christmas"
With Lyric Analysis!

Good tidings we bring,
To you and your kin.
"Oh, thank you, and to you and yours as well."
Good tidings for Christmas,
And a Happy New Year.
"I mean, yeah, I understood, but thanks for the clarification." 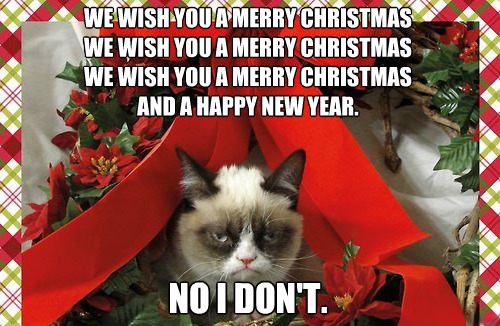 Unless of course you make me some elaborate dessert and get me drunk.

Merry Christmas and Happy Holidays everyone! May you NEVER be able to listen to "We Wish You a Merry Christmas" the same way again, which is my very special gift to all of you that you can't return for something else, even if you wanted to.

Related
So I Caught You Trying to Sneak an Ice Sculpture Through Security. Again.
Aarushi Gupta
The Reviews of My Short Story Collection Are Positively Glowing
Scott Erickson
I Am Going to Yell
Alyssa Moore
Resources