The Romantic Comedy We Can All Agree On

Besides "The Notebook," it's hard to find common ground in a relationship.

Do you know why romantic comedies are an hour and forty minutes? Because that is the longest amount of time you can entertain the notion that eternal punch drunk love is an achievable prospect before you start to think, "If those two make it off the Titanic, Jack is going to have to smell Rose's shit. I mean it's inevitable. In any relationship, at some point, there will be smells you didn't know people could make. She won't remember to flush or she'll clog the toilet. Let's see him struggling to drive a plunger down an overflowing toilet with his beloved's shit water pooling in his shoes. Let's see if he still thinks he's king of the world then." If the movie rolled past two hours, at some point the delicately fabricated illusion would begin to fissure under the pressure of inevitable pragmatism. 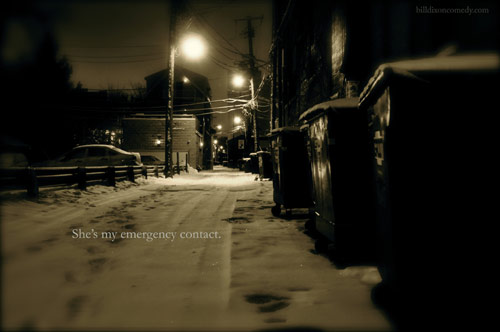 I call this "The Practical Hipster."

But that's okay! I think most thoughtful people understand that the gap between My Best Friend's Wedding and Star Wars on the continuum of believability is almost non-existent. They are, I would say, equally believable. We all love E.T., but if you found that tiny little meatball camping in your closet, you would probably bludgeon it to death with a hammer, or if nothing else, call the police, who would inevitably bludgeon it to death with clubs. I think this same reactionary hammer-happy measure would be employed if Julia Roberts tried to steal your fiancé on your wedding day. I think when it's reeling past our eyes at 24 frames per second, we let a lot of shit slide.

But there is something to be said about the real stuff… the really substantive stuff that is consistently ignored by pop culture. The stuff that doesn't make the film.

There is nothing worse than sitting in a restaurant with your significant other and watching them put mayonnaise all over something while you think, "Well, fuck. Looks like I won't be hunched over the sink in the middle of the night devouring their cold and delicious leftovers. Ugh, why did she ask for no pickles, she knows I love pickles…."

Being able to trust that your boyfriend/girlfriend will pick something off of Netflix to watch together. Something you might even enjoy. Now that is a very good thing. 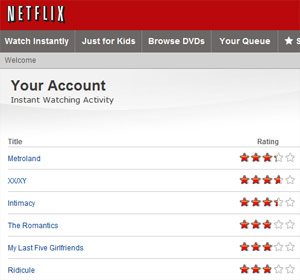 Classic His & Hers!But coming home, opening the streaming Netflix, looking at the "Recently Watched" section, and seeing something you can't remember watching, like Bill & Ted's Excellent Adventure or Bridezillas: Season 1: that's magical. Your loved one made a choice to watch those things alone, in clandestine shame, because they knew you would hate it. Love is not making your girlfriend watch The Big Lebowski for the third time. Love is not making your boyfriend watch Say Yes to the Dress at any point, ever. Love is sitting alone with a microwavable dinner and watching Reservoir Dogs while your girlfriend is at work so she will never have to. Now that's love.

Make a romantic comedy like that and I'll add it to my Netflix cue in a heartbeat.