No Kids, We're Not Going to Round Table Pizza After the Game

Winners celebrate Little League games with pizza, and you boys are losers, plain and simple.

Okay, guys, gather round. Big day today. I'm going to be straight with you: The Sabre Tooth Tigers are the most feared team in the league. If we were in the business of keeping score or tracking win-loss records or doing any fucking thing (sorry for that) to determine who is a natural-born athlete and who should probably just be inside reading books, they'd be numero uno, but until such time as I am in charge of the Magnolia Center Little League, this is purely WOM. That's "Word of Mouth," kiddos.

Loveable underdogs don't piss their pants while attempting to steal third. You knew I was going to bring that up, Michael. What's the WOM on us, you ask? Well, kids, I hate to break it to you, but it ain't good. No, the Padres have developed a bit of a reputation as the "loser squad," and I wish I could say it's not deserved. But I'm not here to bullshit you (again, sorry). I'm your coach, and it's only right that you know what people are saying about you.

Let's start with Dawson, Salsberg, and MacIntyre, our star outfielders. Dawson and Salsberg spent the entire 3rd inning last week pulling up handfuls of grass and tossing them in the air. I don't care that the ball never came to you, the important thing is it could have come to you, boys. It could have. You embarrassed me, you embarrassed your parents, and you embarrassed yourself. And MacIntyre…Jake MacIntyre. Sitting down in the middle of right field and pulling out a bunch of Pokemon toys to play wi— what's that? Bakugan? Oh, they were Bakugan toys? Well thank you for the clarification, Jake, but I think you know that's not the fucking point (boys, I'm truly sorry for using that word). 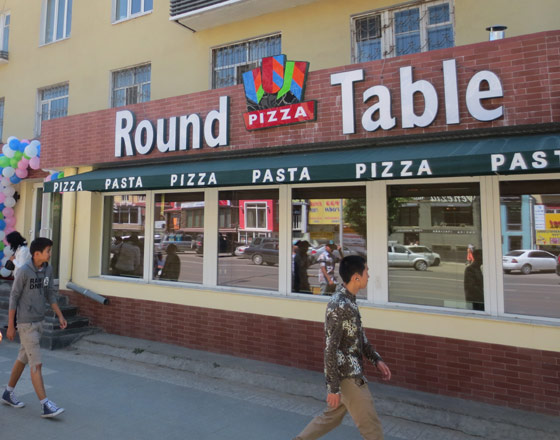 At first base, we've got Sean Davis. Big Sean Davis. Hey Sean, when a ground ball is hit to you, what's your job? What's your only job? Is it to throw to second? I'm seriously asking you if you think your job is throwing the ball to second base, because I'm starting to think that's how you think baseball is played. God, I seriously wish we kept track of these things, because there'd be a whole lot of "E"s next to your name in the stats book. Tag the base, Sean. That's it. Tag the goddamn base (apologies). Am I crazy for thinking that's not so hard? What are you doing? Are you crying? There's no crying in baseball! Anyone? Come on, A League of Their Own? Great movie. No? No one's seen it? Your parents are failing you.

Next, Timmy Sotello. Timmy "The Pistol" Sotello. Pitcher extraordinaire. Most important position on the team. Or it would be, if we weren't hitting off a tee. As it stands, all I ask of you is that you face the batter. Just look at him. If the ball is hit to you, get it and throw it to first base. Even if Sean throws the ball into the fucking stands (really, that was the last one), you've fulfilled your end of the bargain. But I look out there and you're waving to mommy and daddy, looking at clouds, kicking up dirt, doing absolutely anything but looking forward, which is literally the easiest thing in the world to do. I would demote you if there was any position on the team less consequential.

Life isn't like the movies, boys. You're not the lovable underdogs who rise up by learning to take advantage of your unique skills and nontraditional contributions to the sport, culminating in a bottom-of-the-ninth victory over the feared perennial champions. Loveable underdogs don't piss their pants while attempting to steal third. You knew I was going to bring that up, Michael. Don't act like you didn't know I was going to bring that up.

We don't have a ringer. Not even close. Nope, you're going to lose this game. Not officially, of course. Officially it's all for fun. But you'll know. I'll know. I'll lay awake at night knowing. But it will be worse for you.

I suppose this is as good a time as any to inform you that the team pizza party has been cancelled. No, kids, we're not going to go to Round Table Pizza. Round Table Pizza is for champions. You are not champions, in case you needed a reminder.

Any questions? Put your fucking hands down. I'm not sorry for that one. I'm all "sorry"d out, boys.

Related
3 Years After the Breakup, I Finally Stopped Drunk Texting My Ex’s Mom, Pam
Sarah Vulpio
Soccer Stadium or Game of Thrones Location?
Felipe Torres Medina
This Year I’m Not Going to Eat All of the Candy I Bought for the Trick-or-Treaters
Jason Garramone
4 Times My Plans for a Delicious Roast Were Ruined Because Mario’s Oiled and Nude Body Slipped From My Grasp
Ryan Ciecwisz
Resources