Girls in Korea expect a lot from their boyfriends. We're supposed to hold purses, pay for stuff like ice cream, hold hands constantly, remember 100-day anniversaries, text message even more constantly, escort them to cabs, and watch them until the cab is out of view. Add that to general "Western" dating ideas of holding doors, buying flowers, remembering regular anniversaries, and you get the idea. 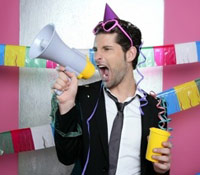 And what the hell do girls do for men? You know, besides look good and get plastic surgery and give sexual favors? Granted, Korean guys don't do much besides work, drink soju, and look like they're about to cry, but hey, I'm an American. I deserve a little more.

So I decided it's time for the men of the world to step up and take what's rightfully American: holidays. Here are a few ideas.

I'm going to be hungover today and do my best to care only about watching football, but for the most part all I'm going to do is fight the four bottles of champagne and endless amounts of whiskey I drank last night. The least you could do is be quiet. Thanks. 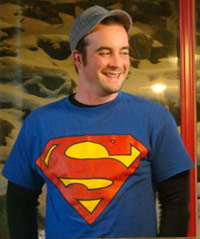 It takes a super man to get with two women at the same time.If you're into it, wouldn't it be great to have a day just for threesomes? And if you're really into it, couldn't it be more often than once a year (or once a lifetime)?

Seriously, the hour after Christmas Day ends, guys start feeling pressure from their girls about Valentine's Day. So how about the day before the lamest holiday on the books, you just shut up about it.

Before the spring solstice, females can talk all they want about their biological clock and how "this relationship is going nowhere."

This is fun for both sexes. Lots of weed, candy, cartoons, and pizza. Woo hoo!

In order to show the women how much we care, we write all the things we hate about you on your Facebook wall. The more things we write, the better we know you! And isn't that what you really want? Us to know you?

We're allowed, nay, required to head to the hills with our friends and our preferred female companions to eat a bunch of mushrooms and watch stuff melt, glow, and get all glittery. Eight hours later, when the boomers finally start to wear off, we start coloring in Batman, Pokémon, or He-Man coloring books. 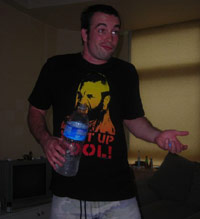 Guys like compliments too, even if they're not true. Today, it's all about us. And how small your last boyfriend's chest and testes were.

Instead of spending money on Black Friday, how about losing some of that lard you've accumulated over the winter months. 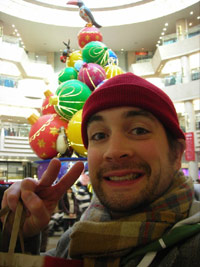 It's not only the last day of the year, it's my birthday! Therefore it's the best day of the year. So plentiful gifts of whiskey, ninja weapons, money, and comic books are given to the men in women's lives. Then lots of make-outs and really bad drunk sex to follow.

Can you think of any more to add to the Man Calendar?