Explaining the End of the World to Children

Three perfect opportunities to instill apocalyptic fear in your kids! 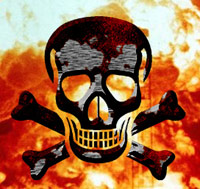 If there's anything I've learned from growing up during the Cold War, it's that you're never too young to be a paranoiac. So isn't it about time you sat down with your kids or your friends' kids and had a nice long chat about global annihilation?

Look, the world's a scary place, what with all the wars and terror and disasters and such. You owe it to your kids to plant the seed of doom into their impressionable young minds. But because they're just children, there's no need to make the end of the world all gloomy and grim…have fun with it!

But when is the best time to broach the subject? Here are a few fun examples.

CHILD: I want some ice cream!

CHILD: But I want it!

CHILD: But I waaaaaant it!

YOU: What flavor do you want? 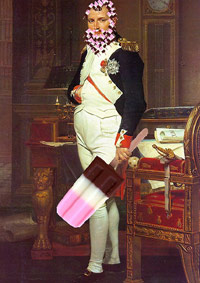 YOU: Napoleon doesn't make ice cream. Do you want Neapolitan?

YOU: You obviously don't watch the news. Didn't you hear about the radiation leak at the ice cream factory? All this ice cream is radioactive. If you eat it, you'll die.

CHILD: And I'll get super powers?

YOU: Your immune system can't convert radioactivity into super powers yet, you're too young. You'll die and coyotes will eat you in the parking lot.

CHILD: We could buy some now and I'll eat it later when I'm old enough. Then I'll have super powers.

YOU: Doesn't matter, an asteroid is coming to smash our kitchen in three hours. Then we won't have a freezer.

CHILD: We could get a new freezer.

YOU: No, once the asteroid hits, the whole town is going to be a desert wasteland. We'd have to buy a new freezer from the ice pirates.

CHILD: Okay, we'll do that.

YOU: They'll kill us. 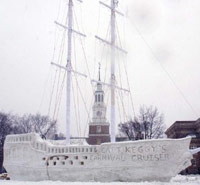 The best thing about being an ice pirate? The ship always floats. CHILD: But what if—

YOU: They'll still kill us. And even if they don't, all the appliances in the world will have become sentient after the asteroid. That means they'll all turn into killer robots…

CHILD: Well what if—

YOU: And kill us.

CHILD: Can we get vanilla?

YOU: No, it's full of anthrax. All the ice cream in America is made by terrorists. When you eat ice cream, the terrorists win.

CHILD: They win what?

YOU: The bet with the ice pirates on who kills us first.

YOU: They're all poisoned.

CHILD: BUT I WANT—

YOU: TO DIE HORRIBLY, yeah, I get it. But I can't let that happen, because it would be irresponsible.

CHILD: All the ice cream in America?

YOU: Yes. Radiation and anthrax. 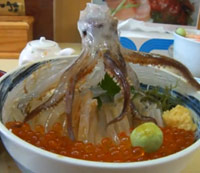 "You haven't seen the last of my people!!" CHILD: So then we just go to Japan for ice cream!

YOU: Japanese people don't have ice cream. Only cold squid.

CHILD: Ew! They eat squid? Why don't they have ice cream?

YOU: Because they're too busy fighting the giant squid from the ice planet that's trying to destroy Tokyo.

CHILD: Is that why people send money to Japan?

YOU: Yes. To support them in the fight against giant squid.

CHILD: Oh, okay. Can we get chocolate?

YOU: Just shut up and wait in the car.

CHILD: Can we get a puppy?

CHILD: But I promise to take care of it! I'm responsible!

YOU: That's not a real puppy. The government secretly outlawed puppies last year and replaced them all with evil clones. 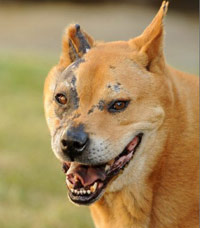 They're never as cute once you get 'em home. YOU: They're all infected with zombie rabies and they have terminator skeletons. They'll kill us.

CHILD: They can't kill us, they're too little.

YOU: They get bigger. And they all have hive mind so they'll summon a swarm of zombie puppy terminators to kill us with rabies.

CHILD: Not if we hit them with sticks!

YOU: You can't hit puppies with sticks, that's illegal. Geez, kid, what's wrong with you?

CHILD: But I thought you said—

YOU: Shut up and go wait in the car.

CHILD: Can I have—

YOU: No. You can't have mutant action figures.

CHILD: And why not?!

YOU: Because they're offensive to mutants.

YOU: So, mutants control the solar system. Why do you think they killed everyone on Mars and the moon? Earth is next.

"You WILL answer for my kidnapping and enslavement, CHILD!" CHILD: But can't I just—

YOU: No. When the mutants arrive, they'll go door to door searching homes for anything offensive. So I'm going to have to sell all your X-Men comic books, too.

YOU: Would you rather go to mutant jail? Because there are no toys in mutant jail.

CHILD: But what about the other toys?

YOU: Look, we shouldn't even be here. This whole place is a front for KGB vampires.

YOU: Killers of Girls and Boys. They eat children. That's why they run toy stores. Candy stores, too.

CHILD: Can I have some candy?

YOU: No. Now let's get out of here before they activate the surveillance bears.

CHILD: Okay, FINE. Can we go to the zoo?

YOU: Not anymore. Not since the ape men took over and freed all the lions. We'll be eaten alive.

CHILD: You're no fun.

YOU: Just trying to look out for you, kid. The world's a dangerous place.

CHILD: Can we at least go to McDonald's?

YOU: As soon as Animal Control gets rid of all the cobras.

CHILD: Are you just making this stuff up?

YOU: Shut up and go wait in the car.

Related
I’m the Best Detective in the World, So Why Do You Keep Second-Guessing Me?
Adam Dietz
A Dating Profile of a Gothic Novel’s Love Interest
Erika Lindquist
Are You My Future Boyfriend or a Personal Injury Lawyer?
Kendra Stanton Lee
So Who’s the Real Monster in All This?
David Guzman
Resources