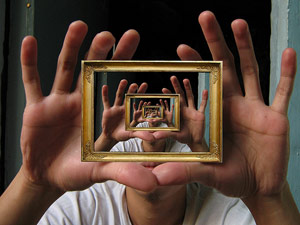 But make no mistake, that's what I'm doing.

1. It's Confusing and Mean

Look, we know you're trying to be all ironic and hold up a mirror to the world only to show the world that the mirror is only showing the world the mirrored image of the world in another mirror but that kind of humor isn't funny. It's just confusing and mean. If you're going to write comedy you need to be funny and lists that aren't funny better be informative and nothing this meta is ever informative so it should be funny and lists about hating writing lists about lists have no chance to be funny even in an ironic way.

2. Intentional Irony is Not Funny

When you do this kind of meta-comedy, you really have to be careful not to write the wrong thing.If you wear a funny hat to be ironic you're still wearing a funny hat, which means you look stupid, ironically or not. The humor that comes from irony is naturally derived. You see, if you try to show me that the actual meaning and the literal meaning are at opposites, it's really only funny if you're not the person creating the meanings. Irony is funny when I accidentally spill milk on my girlfriend's computer and she starts to cry. Irony is not funny when I purposefully spill milk on my girlfriend's computer to cause her to cry over spilled milk.

Likewise, when you deliberately write a confusing top five list that looks into the ridiculous topic of things you hate about list articles that mock list articles, you're not being ironic, rather you are just showing yourself to be a tool, which is not ironic because you are tool, both literally and actually.

It's hard to get anyone to care about things that actually affect their lives. But trying to get a reader to care about your feelings about lists mocking lists about lists, I mean, that's insane. You might as well ask for ten pictures of bacteria from Houston Astro jockstraps. I guarantee more people would be interested if you did.

I mean, you get to cross stuff off of them and they remind you to buy grapes and what not. Why abuse such a useful medium?

5. Grammar is a Thing 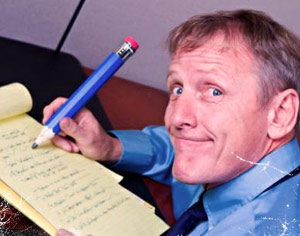 Lists mocking lists about lists do not lend themselves to grammatical conventions. I'm pretty sure I don't even know what I'm writing anymore and I'm the guy writing about hating my writing of lists about my list writing. When you do this kind of meta-comedy, you really have to be careful not to write the wrong thing because you never know what will set the Secret Service off nowadays and you may also upset your second grade teacher who worked really hard to teach you where to place a damn comma. And no one wants that, least of all commas.

I think we can all agree that when it comes to meta-humor, everybody who enjoys it is a huge dork. I mean, any style of writing that is intentionally dense and purposefully wordy is totally weak sauce. I think I speak for everyone in the world who read this piece when I reiterate that there is no reason to write a list in list form about hating list articles about writing list articles. The reason is clear because the writing is not.