Your Guide to Having Fun in Ferguson

The Nonexistent Ferguson Tourism Bureau presents "5 things to check out in Ferguson."

Ferguson, Missouri has been in the news a lot lately. Apparently, someone was shot there. This is usually not that big a deal. People get shot in Ferguson all the time. I'm pretty sure they teach a class on the best ways to shoot people at nearby (unaccredited) Normandy High School.

But the sixth most recent person to get shot there was unarmed and shot by a cop. These things tend to startle people. Except for some white people in South St. Louis City and West St. Louis County. They seemed all for it. They support their local troops like that.

But I come back to PIC not to condemn Ferguson, nor to rile up those who feel that shooting an unarmed man is all in a day's work for the local police. No, I come here to help the city of Ferguson's tourism bureau, which would have taken quite a hit if it had existed (dodged a bullet there, Nonexistent Ferguson Tourism Bureau).

Anyway, because segues suck as much as Segways, here are five things you should check out in Ferguson, MO, the third most fun place in North St. Louis County. 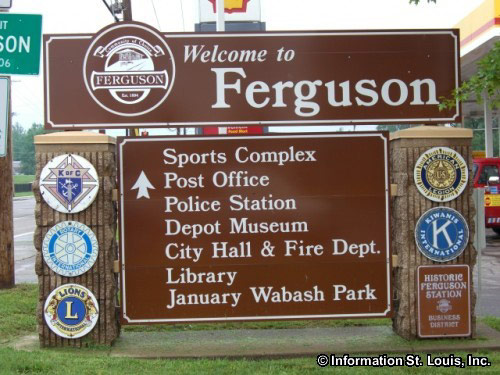 Celebrity Soul Food is consistently voted the second best soul food place in all of St. Louis. It's owned by some people and it serves food. Also, it's on Harvey Street. The truth is I've never been to Celebrity Soul Food because it's in North Goddamn County and I don't want to get shot. Also Sweetie Pies is better and I love it there.

Located in Ferguson's historic district, the Ferguson City Walk has many tables and chairs and restaurants and businesses around it. They have the fifth best Farmer's market in St. Louis and also offer musical events, some of which don't even suck. The City Walk also offers folks a chance to see the seventeenth worst Christmas display and… that's about it I guess. I've never been. I check out the lights at Tillis Park, the music in The Grove and go to the Farmer's Market in Tower Grove Park but I'm sure all that stuff I just wrote about is totally worth checking out if you happen to be wearing a Kevlar vest while in the area for some goddamn reason. 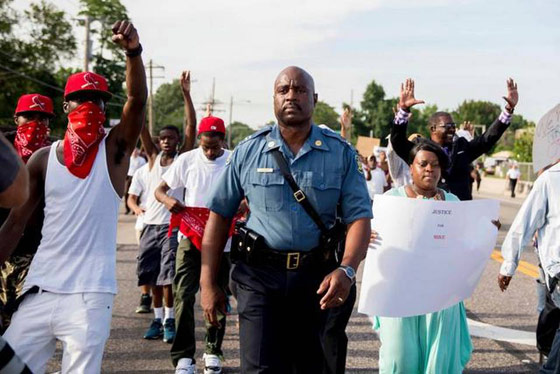 Ferguson has a library that offers faxes, copy machines, lessons on black history and information on the Affordable Care Act. If you need any of that stuff and you're in Ferguson and have no means of transportation to go to literally any other library in St. Louis City or County you may want to consider going there. I'd consider long and hard though and then go somewhere else. Pro tip: if a book is thick enough it will stop a low caliber round.

If you like amateur athletics and hiking trails spotted with crack vials, give this place a try. If you kind of don't like the any of that, go to Forest Park. They have an art museum and a zoo and all kinds of trails and fields. Also, the crack heads in that part of town clean up after themselves. It takes a village.

Though it recently burned down, the citizens of Ferguson are dedicated to updating and maintaining the Mike Brown Memorial, located mere inches from where police left his body unattended and uncovered for seven fucking hours after murdering him in cold blood. Witnessing this memorial is bound to stir emotions and bring tears. I mean, I guess it would. There's no way I'm driving the eight miles to fucking find out though.

The people of Ferguson and the citizens of North County are some of the best in the world. Of course, the world is full of a lot of assholes so the bar's not really that high but still. I am certain that if you visit me in St. Louis I will be glad to show you many of the sites and activities in this river city. I'll also provide you with some addresses to plug into your GPS should you want to go to Ferguson.

But you probably don't want to go to Ferguson.

And anyway, I'm definitely not going there with you.