Congratulations to This Year's Rapture Winner!

Next year's lottery is going to be even bigger, stay tuned!

First off I'd just like to say congratulations to Timothy Richardson of Baltimore, Maryland for winning this year's big Rapture lottery. Raptures are always exciting, and the 2011 edition was no exception. The competition was fierce, and a lot of people didn't make the cut*. But don't worry, there's another one coming during the 2012 Mayan Madness Festival! 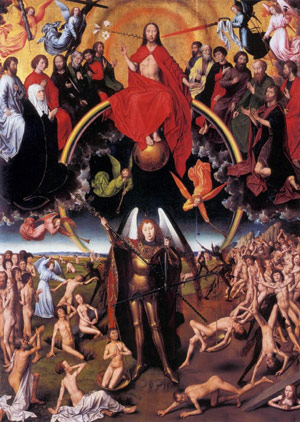 Drinks and meals included! (Please tip your angels and demons.)As foretold hundreds of years ago by the talking parrot of Nostradamus's mentally challenged nephew, the majestic spaceship of Lord Gul'xhia Bhaalgoreth the Devastator arrived in the middle of Strawberry Fields subdivision at precisely 6:00pm Eastern Standard Time on May 21, 2011 to abduct one Timothy Richardson. Mr. Richardson is currently enjoying an all-expenses-paid luxury cruise through the dark void of space on his way to the seventh planet of the seventh star in the Dagon-Matrix Galaxy, located in the fourth quadrant of infinity. The journey will take eight billion light years, at the end of which Timothy Richardson will be cast into a black hole for divine judgment (after all the necessary tests, trials, interrogations, and probing, of course).

I think I speak for everyone when I say congratulations, Timothy. You're a lucky guy.

Okay, now that Tim's finally gone, we can talk about the important issues. 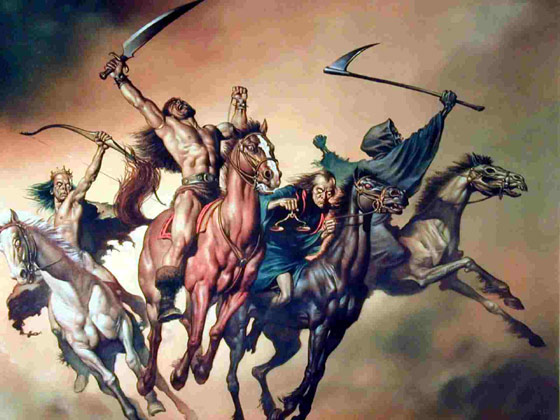 As you know, the world is slated to end yet again on October 21, 2011. All major cities of the world will be rocked hard as Death, War, Pestilence, and Famine come out of retirement to bring you an epic global event of chaos, destruction, and thrash metal. Special guests TBA, but there's talk of Skynet and the Terminators coming back in action after their last cancelled show in April. No word yet, but fingers crossed.

But one thing is for certain: it's gonna get crazy! Here's a tentative list of planned activities. Your town may vary depending on mob rules.

It's gonna be shotguns and shot glasses! Die in style this year, crazy drunk and dressed up like a Nazi werewolf whore!

*Official Rapture rules: Odds of winning 1:6 billion. The following actions will disqualify you from winning the Rapture: 1. Talking about the Rapture 2. Buying, selling, or otherwise endorsing unlicensed Rapture paraphernalia. 3. Excessive prayer regarding the Rapture.