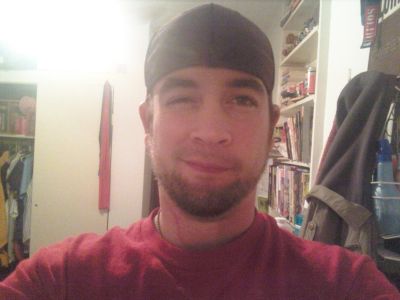 It's true, my birthday is New Year's Eve. Now, maybe Nobel Nathan DeGraaf will try to get you to believe that having your birthday on Christmas is better than "The Eve," but he's wrong.

Happy Birthday To Me

It's true, my birthday is New Year's Eve. Now, maybe Nobel Nathan DeGraaf will try to get you to believe that having your birthday on Christmas is better than "The Eve," but he's wrong.

I might get skagged on the "Well, your Christmas present and your birthday present are the same thing," but I don't really give a shit. There's always a party on my birthday. Most normal people don't have to work, go to church or attend school on January 1st. Nobody (except recovering alcoholics and drug addicts) has an excuse not to get wild. So it's pretty much awesome.

Now to the party at hand. For the twelfth year in a row, I'll be spending the anniversary of my hatching in an alcoholic setting. This year I'll be back behind the bar again, at Josie Wood's Pub – on 11 Wavery Place, New York, NY. We're on the corner of Waverly and Mercer. Or near the 8th Street/NYU stop on the NR Train.

So come down and meet not just me, but the world famous Xavier "X" Holland might make a stop down there. The equally amazing Bones, Dirty Mike, Sweetheart and who knows who else will be down there too. I'm sure if you harass her enough, Connecticut's and PIC's own Sarah Romeo might appear in this most special of basement Irish sports bars that is Josie's.

Who knows, maybe at midnight you'll get to make out with one, or all, of us???

There's no cover, no dress code, no DJ and – really – no fancy stuff at all. You will need a pretty decent ID though.

If you can quote something I've written, or anybody else has written, free drinks on me.

I'll also be accepting lavish gifts. I didn't get "Venture Bros." season two or three on DVD, a slingshot, any liquor or an Avril Lavigne t-shirt. Personal gifts are always worth free drinks.

Honestly, I'll be blackout drunk, so if you can order a drink, and I can make it, free drinks on me.

So ring in my birthday and happy new year!

You're all the best!

P.S. Any "Holy Shit You're Old" jokes will be referred to my 300 pound black bouncer friend.