Bad Things to Hear in Bed, Before, During or After Sex

Watch your mouth, lest you spoil the mood, Casan-OVA.

We've all been there. You've just spent a pleasant couple of hours—well at least as pleasant six and a half minutes—with a lucky lad or lass (or Lassie, if you're really kinky) making the Beast with Two/Three/Four Backs. You're blissed out and ready to either immediately fall into a post-coital coma or mainline Viagra and have another round, when suddenly Alex Boonstra chews through the wrist restraints and hops naked to the nearest police statio…er, I mean, your bed-partner ruins everything by blurting out something that totally kills both your mood and your boner.

So here's a list of things that you should never, ever say whilst horizontal in bed/ vertical and propped up against the refrigerator with someone else, unless you want to go and spoil it all by saying something stupid like…

BAD THINGS TO HEAR IN BED BEFORE, DURING OR AFTER SEX: 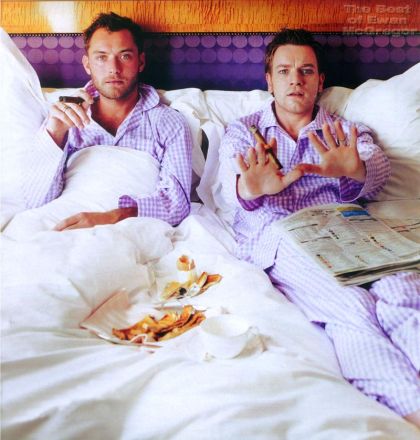