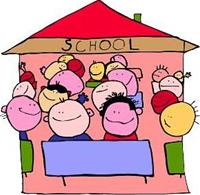 Nate’s note: this was originally written in May of 2004, shortly after the death of Bruce Schneider, one of the best teachers I ever had.

Bruce Schneider taught my high school newspaper course my freshman and junior year (he taught it for sixteen years actually; I only took the course twice). He is in my personal Quality Teacher pantheon. Maybe eight or nine teachers have ever really reached me and Bruce was one of them. He never gave a student a tardy, never worried about politics and always demanded the most in terms of quality. He was eccentric, intense and fun. He threw a chair at me once.

The following are some of my favorite Bruce moments and quotes.

Let’s See What the Kid Can Do

Few high school freshmen were allowed to take Newspaper class without first taking Journalism. I was an exception. Bruce had read some of my poetry and stories that were on file from junior high, and, after meeting me, said to my guidance counselor, “Hell he doesn’t need a journalism course. Let’s see what the kid can do.” He often used my lack of journalism education against me in the name of joshing me, but he taught me enough to get the job done, and he never let me hold myself back.

Bruce, after reading my first story ever, approached me and said, “DeGraaf, what we’ve got here is a beautiful piece. I can feel where you’re coming from. Your biased analysis shows that you truly feel strongly about the subject. It’s CRAP!!!” He then ripped up my draft and sprinkled the pieces on my desk. “This is Journalism,” he said. “Who, what, when, where, how, why, take a freaking bow. Rewrite!!!”

I once wrote an article in which the junior class vice president expressed his hatred for homosexuals. It caused quite a stir. Fortunately for me and for Bruce (who had to sit in on seven hours of meetings as a direct result of my piece) I had the signed notes from the interview. I’ll never forget arriving late to newspaper and seeing him run, covered from head to toe in sweat, across the newspaper room in my direction. After he caught some of his breath, he wheezingly demanded to see my notes from the “queer article.” After he read them, a smile spread across his face; he actually said, “DeGraaf, I love you.” And he kissed me on the cheek. Bruce was not a “kiss you on the cheek” kind of guy, so I figured the notes must’ve really been important. I found out later that those notes saved Bruce’s job and kept me from being considered a plagiarist (among other things).

My all time favorite Bruce moment was nicknamed “stormy Monday” by my fellow classmates. The first Monday of every month, we brainstormed by throwing out story ideas and watching Bruce write them on the board. I made it a point to suggest topics that really got to the hearts and minds of our readers (read: anything controversial that would stir shit). So, during the brainstorm session on this Monday, I suggested the following topics: Lesbians and the Men who Love Them; Geeks: Will they Get Laid when they’re Older; Sex with Teachers: What’s the Big Deal?; and (this one, I think, was what set him off) Classes People Take to get off Campus: Newspaper, Photography and Year Book. At this point, he picked up a chair, threw it over my head (missed by just a few feet) and screamed, “Get out! You write what I say you write.”

So I went to McDonalds with a classmate. While we were eating, she asked, “So are you gonna drop the class?”

“Hello. Bruce threw a chair at you.”

And I got an A. I never went a paper without a story getting in (few staff writers could say that) and Bruce never apologized for the event. He was a guy’s guy, and there was no reason for us to spend time chatting about who did or did not throw a piece of furniture and for why. We were above that. And, here’s the real deal with Bruce: he never seemed to care about anything or anyone except getting a quality high school newspaper out, but he did. He cared about each and every one of us. He didn’t really show it. Bruce got the best results by teaching his students self-reliance. And, as a result, no one left a Bruce class without feeling a little tougher, with skin a little thicker and the cheesy feeling that they could get it done, whatever the hell it was. So what if life slammed its hand on your desk, ripped your story to shreds and threw a chair at you? In the end, life will do a lot worse, and you won’t have the slightest control over it, so what can you do?

You do your best.

Even if you are, as Bruce once called me, “An inconsiderate, heartless bastard who bullshits his way through life.”

Side note: Maybe eight teachers have really reached me in my life and now three are dead. This does not bode well for Ms. Hawkins.