The Bold and the Beautiful

A long time ago, my brother Dwayne and I used to be best friends.

Today, we are arch enemies as we fight for the same girl.

I remember back in the day though, we used to have a lot of fun together.  We would both come home after school and have the house to ourselves for at least 2 hours before our parents would come home from work.

One time, alone and bored, my brother Dwayne decided to call an escort service.  He managed using my mother's credit card number, which he had memorized, to "place an order".

My brother was always the smart one in the family.  He wore glasses and I used to call him "four eyes" all the time.  But it was days like these when an escort actually came to the house when I was glad he was so smart.

When the escort rang the doorbell, my brother and I were so happy to answer the door.  When she immediately saw how young we were she cracked a smile and said "Is this some kind of a joke?"  I froze, but Dwayne flashed a twenty dollar bill and said "Is this?" She dropped the smile and lunged at the money.

Dwayne knew all the right moves.

He never seemed nervous either.  I was so nervous when she was in the house.  I kept thinking Mom was going to come home early and bust us.  As Dwayne made the three of us Kraft Dinner, he dominated the conversation the entire time.  She called herself "Tiff" but after a while, he was able to get her to admit her real name…which was Jamey.  Interesting now that I think about it.  Who knew a decade later, we would be fighting over a girl with the same name.

An hour later, I was still nervous.  I kept thinking what was going to happen.  I wanted to have sex with her so badly.  I had never even kissed a girl though!  I wasn't sure Dwayne had either…but he was being so smooth, maybe he's had an escort before?

Time was starting to run out and eventually Dwayne took Tiff upstairs as I sat on the couch and watched TV.  They were up there for 10 minutes.  I thought about going up to spy but I was too nervous to move.

Eventually, they came back down and she left without saying goodbye to me.

"What happened?" I asked.

He told me she got naked.  But she had this huge weird looking scar close to her vigina.  "I couldn't tell if she was stabbed or if it was some kind of a burn marking" he said. "It was disgusting."  He started to get angry…"I couldn't get hard!" he shouted.

I just stared at him with a blank look on my face.  He then looked at me as if he was looking at that scar.

"You big dumb fuck.  You'll never know what it's like." And he ran upstairs into his room.

It's been so long since that day and so much has happened between us. But one thing still remains…Dwayne is with a girl named Jamey who I want and most days I still feel like a big dumb fuck. 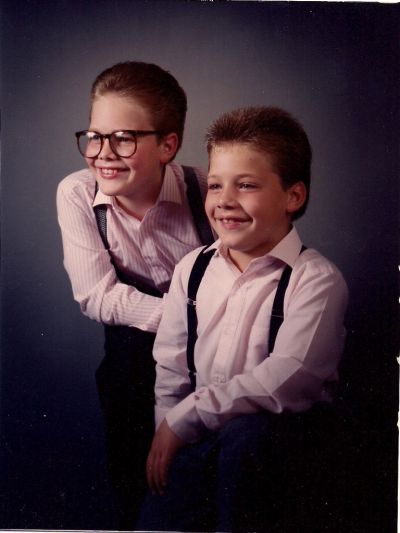