When You Regret 95% of Everything You Have Ever Said

Someone else's self-loathing no longer make me feel all tingly and giggly.

Ouch! Where did that come from? You were happily minding your own business when all of a sudden, it hit you. Why in Hades did you say that? A whole five years have passed since the utterance first departed your lips and you moved on to an existence with a fairly clear mind and conscience, yet you now find yourself cringing as though the last five years never happened. As though what you said all those years ago has just been pulled—warm if a little over-cooked—from the oven for the very first time, and is now stinking up the kitchen all over again.

Can you relate to this?

Those seemingly random and distinctly unwanted memories from years gone by, that sneak back into your mind without paying the admission price, one of them suddenly pushing the undesirables "Remember THAT!?" button in your brain? For the first 3-5 minutes you can't stop cringing, then you try laughing it off as you assure yourself you're so much cooler now, until…

"REMEMBER WHEN YOU SAID THAT?!" 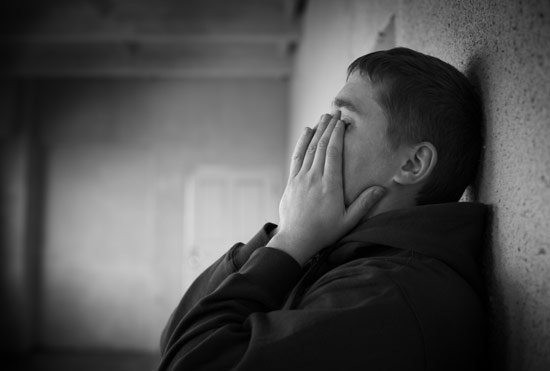 Personally, I don't know why I'm so plagued by regrets from my vocal history. It seems dreadfully unfair. I'm not sure what I've done to deserve these demons. Maybe it's because I generally thrive on being unkind to people, but who doesn't? It makes me feel great. TREMENDOUS! If you haven't tried it, I can't stress enough how wonderful it feels to tear people down and make them feel bad about themselves. Trust me. After delivering a verbal barb, and seeing the hope in someone's eyes begin to wither and die, you start to feel that the world is just, that life is brilliant, and that anything is possible (for you).

Recently however, I must confess that once the dust settles on any one of a number of memorable (and biting) insults, I'm left with nothing but a vague sense of emptiness. A kind of generally apathy inside. "Was it all really worth it?" I find myself saying out loud. Sure, I enjoy seeing someone's face scrunch up all ugly as they try to hold back their tears. Sure, it feels great when they finally give in and wallow into a deep Bellinger-induced depression, waves of salty water soaking their face, snot bubbling out of their nostrils. Sure, it's the best feeling in the world if I'm lucky enough to see them begin to frantically scratch at their own face with their fingernails in some ill-fated attempt to end their pain and suffering.

It's almost like I begin to regret the bad shit I said.

It could also be due to the fact that I speak almost exclusively in racial and homophobic slurs, which I trust my editor will clear up for me here. Thanks Court, you ????????????. In fact, I don't think I've ever finished one sentence since birth without dropping at least one or the other. I've been told it's wrong, and I do feel kinda bad, but it's an ingrained habit now. It's so ingrained that I wonder if it has hindered my life in some way. I mean, you try getting through a job interview in my condition. It's tough, and it doesn't help that aside from the slurs, and general, almost maniacal insults I hurl with every breath, that the remainder of my dialogue is made up almost entirely of eye-roll-inducing, tired clichés, predominantly from the seventies (arguably the best years of my life, in fairness).

For example, I saw my estranged mother the other evening for the first time in about 17 years. She of course wanted to know how I was doing as she wrapped me up in her arms, beaming with a kind smile. "Lady," I boomed, "If I was doing any better, I'd have to be twins just to handle it!" The irony wasn't lost on either of us that I had callously choked out my twin in the womb, but it was just something I had to say at the time. It was either that or a whole bunch of nasty homophobia, which I felt bubbling away in my bowels. I weighed the situation quickly, and decided that the shot at my dead twin parasite bastard would do more damage in this particular situation.

My estranged mother didn't really say much else to me that night, and last I heard she moved back to Argentina and cries a lot. I'm expecting that one to hit me in about five years, but for now it feels pretty good!

Though I am left with a kind of empty feeling inside.