I am not Bill Cosby; I am a goddamned respectable sweater.

How's it going? I know what you're thinking: "A sweater writing a letter?! That's impossible!" But hey, I'm doing it right now. All right, so it's clear that everyone with a beating heart and a happy childhood has heard about the sexual assault allegations being brought up against Bill. First off, I'd like to apologize to everyone on Bill's behalf; he should have released a statement on the matter by now. 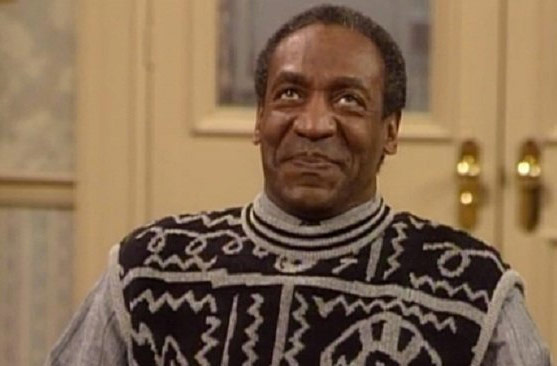 Look at the predicament you've put me in!!

But I'm not here to write another think piece on the scandal. I'm here because I also have a relationship with the public, and I need to ask you all one question: We're still cool, right?

I think I speak for the entire sweater community when I say that we are not the people who wear us.Thanks to The Cosby Show, Ugly Dad Sweaters climbed the pop culture ladder in the late 80's and early 90's. Man, did we have it good. Our net worth skyrocketed, we hung out with celebrities, and man oh man, don't even get me started on all the sweet dry cleaning we got. We we're gods among men, a feat not easy to accomplish as an article of clothing.

Over the years we've braved many struggles, unexpected fashion trends, the ending of many family sitcoms where we reigned supreme, hot summers, you name it! But we took a lesson from Gloria Gaynor's song "I Will Survive," and that we did, returning to the hearts and homes of millions of suburban families, stronger than ever.

However, the sweater community's social status has yet again been threatened. Bill was a key figure in making us popular, and now that he's being eaten alive by the media (fair enough I admit), the error of his ways are affecting us, the innocent Ugly Dad Sweaters of the world. …Come on guys, we're still cool right?!?

My friends are disappearing left and right. I saw Fiber Jackson, famously worn throughout many "very special episodes" of The Fresh Prince of Bel-Air, put into a cardboard box and thrown into the back of a walk-in closet, never to see the light of day again. I watched as Cotton Pin Needleson, my understudy on the episode of The Cosby Show where Rudy Huxtable is asked to lie for her sister when she stays out past curfew to be with a boy, was torn apart. Later he was thrown into a garbage can in the Hollywood Hills, and with his fibers dangling form the can, he begged me to kill him.

The worst case of Ugly Dad Sweater hate was…I'm sorry, it's hard for me to even lay down hard enough on this keyboard to apply enough pressure to type it, yet alone speak about it…. I watched Victoria "Made in Taiwan" Sew get thrown into a pile of Bill Cosby Merchandise, and burned alive in a feminist rally against rape. The rally was respectable, but watching my friend burn like a modern day sweater version of Joan of Arc was not. I need some sort of peace of mind. So… we're still cool right?

I think I speak for the entire sweater community when I say that we are not the people who wear us. I don't deserve to live in fear as a result of the actions of my wearer, I am an Ugly Dad Sweater. I did not choose to be sewn together as a sweater, to be worn by dads worldwide, or to be considered ugly, but this is the label and look that we sweaters must live with. So cut the shit, America. I am not Bill Cosby, and I am not a rapist; I am a goddamned sweater just trying to make a wearing in this chilly world.

You may still be thinking "What the… what?!?! A sweater typing a letter! This is literally insane!" And to that I say, "Grow up."

Sincerely,
The Sweater Bill Cosby was Wearing in That Episode of The Cosby Show Where Vanessa Huxtable Plays a Drinking Game With Her Girlfriends and Wakes Up the Next Morning With a Hangover