Bella blinked. Where was she? The cold, gray sky matched her cold gray complexion and the dead trees that lined her surroundings matched the deadness she felt inside. It was eerie, yet strangely…dare she say it? Beautiful. It was so beautiful, in fact, that she quickly forgot the deadness she felt, if only for a brief moment.

As she blinked, her eyes adjusted to the dim light of the midday gray, and her mind began to think about how much high school sucked. And Edward. He was so beautiful. Did he know where she was? Was he thinking about her? Did he think high school sucked too? She blinked furiously, overcome by the thoughts consuming her brain. What a beautiful swirl of emotion.

He stared into her eyes with his deep eyes that resembled Bella's favorite handbag she got from Abercrombie and Fitch (MSRP $69.99).Suddenly she heard a voice. "Hello, beautiful." The voice was strangely beautiful. She recognized it instantly. It was Edward's. Through her blinks she made out the outline of his intricately messed up quaff, his gray J. Crew thermal (MSRP $99.99, available in gray and gray/black) and, of course, his wounded bad boy attitude. His beauty was almost blinding, and she blinked to keep her eyes in focus. "Hi," she said, looking down and away and covering part of her face with her hair. She was so awkward, but there was beauty in her awkwardness.

Edward pulled Bella to her feet. She now noticed that she was covered in dirt and mud. A thick coat of filth now emblazoned her GAP Jeans (MSRP $49.99, available in assorted rural but hip rural styles). Despite this, she was still beautiful. 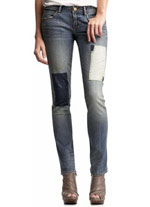 Pun intended? Bella thought it would be awkward to ask. Besides, Edward rarely joked. He was too much of a wounded bad boy to see the value in humor. The thought of her and Edward sharing a laugh made her blink. She was almost lost in her blinking when she regained her composure. She spoke.

Edward smiled. Or winced. Bella couldn't be certain, but whatever it was reflected the deep wounds he worked so hard to project. His eyes sparkled like glitter—a bright, beautiful glitter that looked like something that had adorned Bella's folder just the year before. As Edward looked into her eyes, she was overcome by the connection she sensed between them. She began to blink.

Her heart fluttered as fast as her eyes. As much as high school sucked, being with Edward made everything better. She felt he found her awkwardness appealing, and his wounded bad boy image made him cool and a little dangerous. Edward spoke.

"Your eyes flutter like a beautiful butterfly, looking for a beautiful flower to rest on," he said woundedly.

"Your hair resembles a majestic eagle, ready to pluck an eager squirrel from the shade of a tall oak tree," she responded. 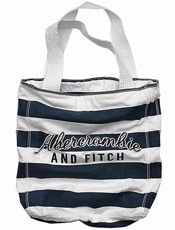 So awkward. Edward did not react. Instead, he continued to stare into her eyes with his deep eyes that resembled Bella's favorite handbag she got from Abercrombie and Fitch (MSRP $69.99, available online only). The silence was beautiful.

As beautiful as the moment felt, Bella sensed it was getting late. The beautiful sun dipped below the horizon, and Bella blinked as her eyes struggled to adjust to the growing darkness. She wanted to stay forever, but she knew it would be awkward to explain to her parents where she'd been.

"Beautiful Edward," she said, "I want to stay forever, but it will be awkward to explain to my parents where I've been."

Edward was already gone. She blinked in disbelief. She knew he was fast, but maybe his new Asics trainers (MSRP $119.99, available in assorted grays) gave him that extra speed boost he needed to achieve that competitive edge.

Bella began her walk home, which she knew would be awkward because she didn't really know where she was, but something told her she'd get where she needed to go. At least the scenery was beautiful, and its deadness matched the deadness she felt inside.

People asked me how I got my hands on my Grandma’s wealth when she passed away and I told them “where there’s a will, there’s a way.”