A spur-of-the-moment party saves a desperate man from social oblivion.

In a drastic turn of events from his usual Saturday night vanilla pudding and critically acclaimed documentaries, lonely man Danny Aleman spent his night living the high life during a Mixer party.

A king of the people and refiller of punch, Danny’s ability to bring together his community could be seen as nothing less than a social miracle, as well as a winning jab at his father, Doug Aleman, whose shadow Danny had lived in for far too long.

Starting after dinner but before he got into his pajamas, Danny broke the mold by creating a Mixer, snagging the proverbial torch from Doug’s old callused hands as his house flooded with neighbors, strangers, and stronger, more suitable father figures. 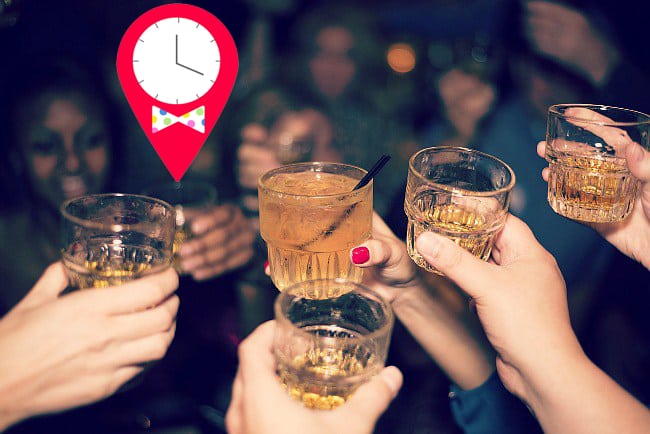 Who knew an app could bring people together for anything other than awkward Tinder dates?

Anyone within two miles looking for fun found Danny, and in them, Danny found the time of his life. A time that certainly would shut down Doug’s story about the time he stole a boat. That’s not even that impressive, it’s just rude.

The Mixer was fast, spontaneous, and everything his mother complained that Doug was not. With only 24 hours notice of the event, there was no time to second-guess, and the night was fraught with in-the-moment living. No one there had time to come up with an excuse for why they couldn’t, say, go fishing this weekend because Phil at the office was really putting them through the ringer. No, Danny knew everyone was there to party, and that there never was a Phil.

As he looked around his Mixer, he saw the happy faces of friends new and old, and for once did not see Doug’s stern glare looking back, judging his lifestyle. Tonight, Danny was top dog, but this was only the beginning. He could make Mixers every day, for hangouts, happy hours, pick-up football games, or viewings of important yet dry documentaries.

The age of Danny was dawning, and as his finger squeezed his phone for a Mixer brunch tomorrow, Danny realized he’d been thinking about his dad way too much during a party, and should really work on that for Mixers to come…