Isn't it time you asked a stranger a meaningless question?

Let's revel in pointlessness. I urge you to lick it like you would raw cookie dough out of a mixing bowl.

Appreciate pointlessness more. Too often it gets shunned and/or kicked to the curb like trash on a street. Undeservedly, it is saddled with a bad, misconstrued reputation. 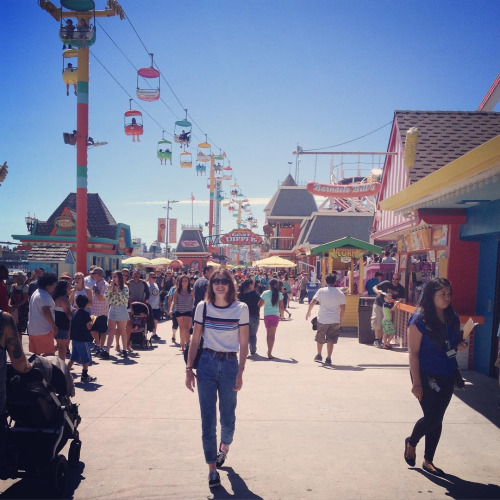 Pointlessness has a purpose. What it is strikes me as beside the point. The point is, when you ponder pointlessness it feels like a walk along a boardwalk in early June with the sun beaming, burning the top of your bald head with a slight breeze cooling your face.

If I were to ask people on that boardwalk—and for argument's sake let's say I'm the one strolling down it today—their viewpoints on pointlessness, they would move away from me and whisper to the person walking with them something critical.

I'm betting they would see no point in talking to a stranger about this topic. Like most people, they would have a policy never to talk to strangers unless they got lost while driving. So I would have to overcome this hurdle, plus the nature of my question, to get them to answer. Take this to your dirt nap: My question is one that no one has ever asked them and one they never want to be asked again especially on a beach boardwalk on a sunny day.

So this conversation would go nowhere.

Skipping on down the boardwalk, I would think of another way to get someone to answer my question about pointlessness. Nothing would enter my head for 100 paces give or take.

Then it would hit me.

I would ask the next person who walked by me, preferably on the left and no matter what tank top they were wearing, if they thought there was any way a guy walking down the boardwalk asking strangers about the ramifications of pointlessness was in anyone's interest, whether it moved the ball forward or just booted the can down the road for someone else to grapple with.

"Get away from me, you creep," they would say. "No one has ever walked down a boardwalk and asked a stranger about pointlessness. I'll give you credit for being original but you are never getting an answer out of me. There is no way to answer your question without delving into darkness of the human psyche. You need to stop this right now or I'm calling the lifeguards over here to throw you into the ocean."

This will get you thinking about the ocean. Would it be pointless to try to swim across it say from the Delaware shore to London?

You would conclude that, yes, that would be pointless. You would get tired after a few hundred yards; London is a few thousand miles from Delaware.

Related
Common Complaints About Our Clones
David Guzman
So I Caught You Trying to Sneak an Ice Sculpture Through Security. Again.
Aarushi Gupta
The Reviews of My Short Story Collection Are Positively Glowing
Scott Erickson
Resources