We Should Recall Stupid People, Not Everyday Products

I've never considered myself to be a very trendy person. I know, shocking, right? But, that said, I've always tried to keep a watchful eye on the world's stupid trends, mostly so that I could mock them mercilessly. Usually these stupid trends seem to wax and then eventually wane, but one trend that has never seemed to diminish in popularity is the trend of being really fucking stupid.

"Fuck you, we aren't recalling anything just because you're too stupid to use goddamned common sense."In fact, the trend of being really fucking stupid only seems to get more and more trendy as time goes by. I'd give you a shit-ton of examples, but it would likely cut into your Jersey Shore viewing time and I would hate for you to miss any of Season 6. I heard it was going to be a really good one where they get drunk and act really stupid, as opposed to the last season when they acted really stupid and then got drunk. Oh man, that show has so many levels, doesn't it?

Speaking of meatballs that make people sick, did you hear about that New Jersey meatball manufacturer, Buona Vita Inc., that recalled more than 300,000 pounds (136,000 kg) of meat products due to "possible" Listeria contamination? The "possible" contamination was discovered through testing by the U.S. Department of Agriculture's Food Safety and Inspection Service and the Ohio Department of Agriculture, the FSIS statement said, but there have been no reports of illness related to the company's products, it added.

Wait, what?! If no one got sick from anything related to the company's products, and it was only a "possible" contamination, then who the fuck cares?! Listeria monocytogenes is commonly found in soil, stream water, plants, animals, sewage and processed food, so correct me if I'm wrong, but couldn't ALL food be "possibly" contaminated with Listeria? Is it just me, or is all this recall crap getting WAY out of hand lately?! It's almost like people have had their minds completely wiped clean of anything pertaining to actual reality and just had stupid uploaded instead. 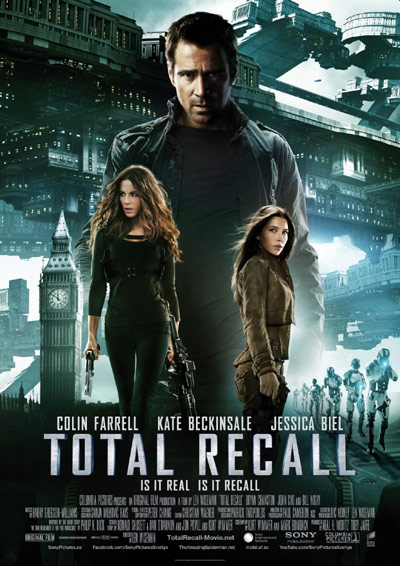 Is it real? Is it recall? Would you even care if you got to fuck Kate Beckinsale regularly?

Every day there is another unnecessary product recall that could have been wholly avoided with the simple addition of just a modicum of common sense. It just seems unfair to me that these businesses and corporations have to recall millions of dollars worth of perfectly good products just because the end consumers are paranoid fucktards who can't seem to navigate the world without maiming themselves or their retarded offspring in the most easily avoidable Darwin Award recipient way. Call me crazy but I think we should stop rewarding and pandering to people just for being fucking idiots…oh shit, is Jersey Shore almost on? Sorry, this won't take much longer, I swear. Then you can go watch the meatball that probably should have gotten contaminated with Listeria. 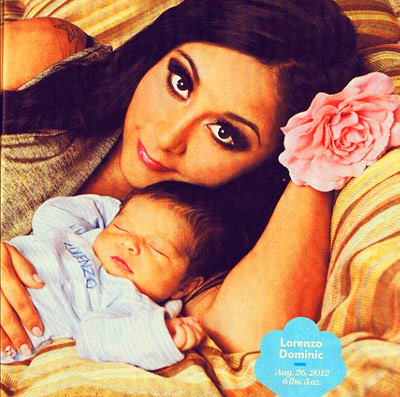 Jeez, that girl will do anything to get a man with a tiny penis to sleep with her.

Speaking of babies that probably should have died, did everybody see the product recall for the Bumbo Baby Seats? Apparently there were at least 50 incidences in which babies fell while the molded-foam seat was on a raised surface, despite the fact that the seat has a sticker on the front of it warning against use on raised surfaces. Wait, what?! So your baby fell and fractured its skull because you're an idiot and put the seat up on a table, when it very clearly states it should never be put up on anything? Why stop with recalling the seat then? Why not recall the table you put the seat on, and the floor that the table and the seat were on? I mean, clearly they're both equally responsible for the baby's injury! It's too bad you can't just recall fucktard parents. 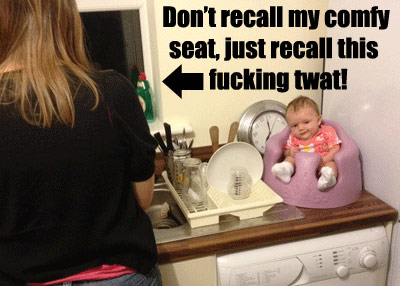 The world won't miss her, she's too dumb to even hang a clock.

Just once, I would love for the company to respond, "You know what?! You're retarded and that's why your stupid kid got hurt. Fuck you, we aren't recalling anything just because you're too stupid to use goddamned common sense." But it never seems to go down that way. It's always, "Oh, we're so sorry, we probably should have put in the warning label that you shouldn't douse your kid with gasoline and then set your kid on fire when wearing that piece of clothing. Don't worry, we're recalling it right now and also here's a couple million dollars for your trouble. I mean that was really stupid of us, obviously that clothing is too flammable to be doused in gasoline and lit on fire! Please forgive us." It's called natural selection, people! If you're too fucking dumb to keep your kid alive in the most obvious of common sense ways, then your genes should not be selected for further propagation. Take some responsibility for your own stupidity, but don't make the economy worse by forcing respectable businesses to recall good products just because you're a fucking idiot. 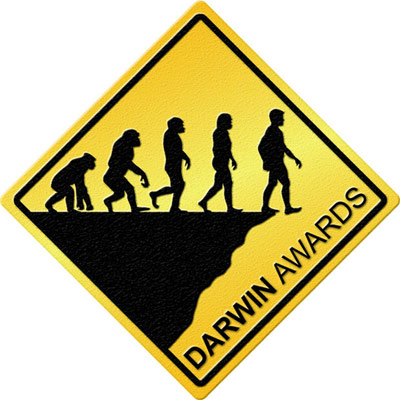 Self-selection benefits not only all of society, but it is also rewarding… posthumously of course.

Don't get me wrong, I'm not saying some large corporations don't pull some complete bullshit to cut corners and increase their profit margins, but a lot of times it isn't the corporation's fault at all, it's the dumbfuck end user exercising utter stupidity. No one seems to want to talk about that though, because it isn't hip or trendy to support a big business…unless of course it's Apple. These days you can throw a rock and end up hitting some stupid hipster pissing and moaning about big business or corporate consumerism, just before they show you their latest iPhone, which is exactly the same as their last iPhone. Believe me, I know, because I throw a lot of rocks at stupid hipsters using iPhones.