Freud vs. Freud: A Psychological Experiment in Dick Jokes

Two perfect clones of Sigmund Freud are locked in a room; this is the result.

Here at Unethical Laboratories Inc., we have a unique vision. That vision is to spend millions of dollars on genetic engineering and cloning technology for completely frivolous purposes. Whether we're pitting dead rock stars in knife fights against two-headed bears, or just using spare Kennedys for target practice, you can be certain that we are not going to bullshit you about our intentions. We're here for one reason and one reason only: pure, stupid entertainment.

Every once in a while we accidentally stumble across something genius. Like the time we made two clones of Sigmund Freud. We put them in an empty room with two chairs and recorded the conversation. We feel this is probably somehow significant to the academic realm of psychology. You be the judge.

"I take skullfucking very seriously. Now prepare the plastic pool." Freud #1: Tell me about your mother.

Freud #2: Why are you fixated on my mother? Do you desire her sexually?

Freud #2: Of course. Doesn't everyone?

Freud #1: Penis. Hmm…well played. We seem to be at a stalemate. Tell me about your most vivid childhood dream involving a horse.

Freud #2: I'm riding horseback along the beach at dawn eating ice cream with a naked man who pretends to be my father. The ice cream falls out of the cone and I begin to weep. The naked man feeds me a banana covered in whipped cream.

Freud #1: Indeed. Besides your mother, name the last five people you've masturbated to.

Freud #2: I quite agree. Here's a new idea: let's try some art therapy. Draw something and show it to me. 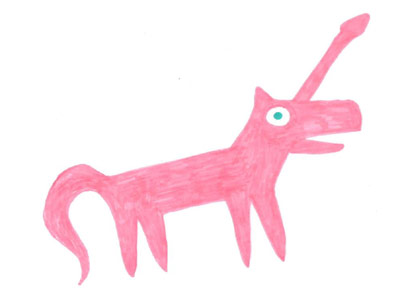 Freud #2: That arouses me. Here is a drawing of a camel smoking a cigar. 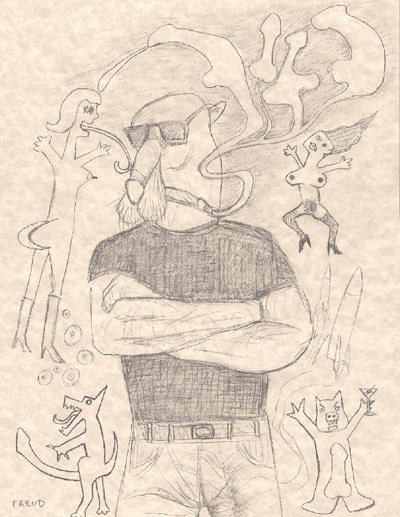 Freud #1: I am now semi-erect. I'm repressing a desire to take off my shirt.

Freud #2: Your repression is unhealthy. I am going to take off my pants and pleasure myself to thoughts of your mother.

Freud #1: You are suffering from narcissistic exhibitionism as a result of your Oedipal complex. You clearly view me as a father figure and thus a rival to your mother's affections.

Freud #2: I will mask my embarrassment to your negative assessment of my character with threats of violence!

Freud #1: I will accept your challenge to engage in primitive fighting rituals, and skullfuck you!

Freud #2: Your homosexual tendencies betray you. And why are you naked?

Freud #1: Because I take skullfucking very seriously. Now prepare the plastic pool filled with chocolate pudding so that we may wrestle. To the death!

Freud #2: Madness! We use vanilla pudding or nothing at all.

Freud #1: This is a fair compromise.

The experiment concluded with the clones murdering each other in a kiddie pool filled with, oddly enough, butterscotch pudding. The fight lasted for nearly an hour and the full video will be available soon for only $4.99! Another victory for science!