Too Cool for School

“Where Whimsical is the New Weightiness”

With global warming an eminent if not imaginary threat, this summer may very well test the world’s ability to build enough arks to fit everyone. More importantly, each person will have to decide how to best keep themselves cool, lest they spontaneously combust from being “so hot right now.” Luckily, researchers at the PIC Institute of Popsicles and Pap-Smears have unearthed startling evidence that college students may have already found the cure for global warming, right underneath everyone’s noses.

In fact, the Global Warming Cure (ironically discovered by Robert Smith of The Cure) utilizes the principles of The Thermodynamic Theory of Popped-Collarity (TTPC).

“Thermodynamic apparel research has proven that there are properties inherent in clothing that aid in our bodies’ ability to combat heat,” noted Veronica Mason, the Institute’s foremost popped-collagist. “The Thermodynamic Theory of Popped-Collarity states that as the number of popped collars approaches infinity, the wearer, in fact, becomes ‘cooler.’” 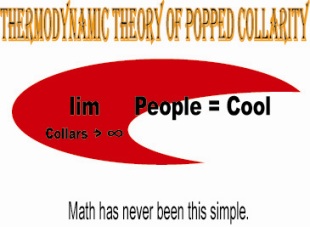 Further investigation into the Institute’s research revealed just how collars contributed to the “coolness” of a person. As stated in the final report, the collars act as a defensive shield against heat. Fibers in the collar are powered by sunlight. Once powered, the fibers actually repel heat off the face, thus cooling the wearer and saving them from possible combustion. The research was largely funded by a grant from the Dramatized Organization of Undergraduates and Collared Henley Enthusiasts (DOUCHE) and a 20%-off striped leather chaps sale at Old Navy.

The Institute’s research has garnered its share of supporters. Following the IPP Institute’s report, a DOUCHE spokesman issued the following statement: “For years, peoples have looked down upon us for our commitment to collar-popping. Little did they know, we’ve single-handedly helped cool the Earth’s surface and elevated the state of fashion as we know it. Being really, really ridiculously good-looking is just our commitment to science.” 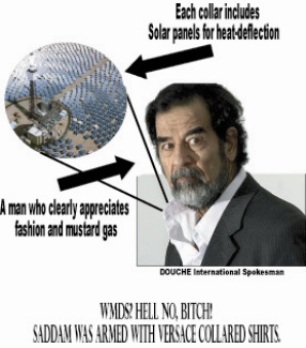 On the other end of the debate, opponents reject the theory that collars are the sole cure to global warming. In an interview with some of fashion’s most prominent physicists and designers, most agreed that collars were simply one of many fashionable solutions to the global warming problem. In fact, one researcher employed a spin-off of Smith’s Thermodynamic Theory to describe an even more shocking development in body cooling. The unnamed researcher disclosed that genetics combined with global miniaturization initiatives has created a process scientists simply call TEAT.

TEAT, or the Thermodynamic Evolution of Assorted Torsos, refers to the phenomenon which causes the pectoral muscles to shrink in size when heated. In men, the effect allows for more aerodynamic nipples. Strangely enough, most college students can attest to guys who may have benefited from TEAT treatments.

While men benefit from increased airflow of the breeze diverted by their diamond-cutter nips, women benefit from physically getting things off their chests. In women, the TEAT process reduces the size of their breasts. While this may come as a shock, smaller breasts have become a growing trend since the “Silicon Valley Conspiracy” which shook both the adult film and high school graduation gift industries hardest of all. Smaller breasts may prove a benefit to women physically, but the TEAT process has not been as widely received as TTPC in popular culture. DOUCHE members in particular have voiced their outrage at the attention TEAT has received. Chad Paisley, DOUCHE National’s Fashion Chair, had this to say: “TEAT is essential to us, but not without the fundamental research of TTPC. When it comes to the science of cool, no collar – no love.”

This summer may prove to be a hot one, but with the developments in personal cooling technology, casualties of spontaneous combustion may fall well below the predicted millions. For more information on the effects of TTPC and TEAT, check your local library.

This article has been sponsored by: 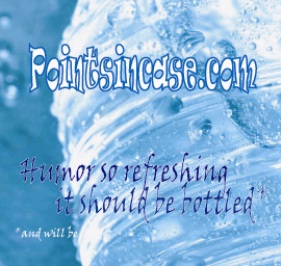