Ashley tackles every boring nook and cranny of middle America on her way to LA.

As you may remember from one of my previous columns, I am currently in the process of moving across the country from Cincinnati, Ohio to Los Angeles, California. Right now, I am sitting in a Starbucks in Las Vegas at the Mirage Hotel & Casino. I thought I'd pop in and try to win back all of the money I spent on my college tuition. So far I'm up $8. Only $49,992 to go! I'm feeling pretty optimistic, but that could just be the delirium that set in around the time I hit Oklahoma.

The United States is boring. Like, really boring. In an attempt to entertain myself, I have been keeping a log of my travels.

Here is part one of my journey. 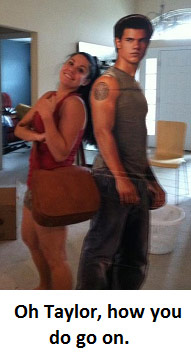 Every girl needs a travel companion on such a long drive, so naturally I brought the one man in my life I can always count on. Not only does he give me something nice to look at on these long, tedious stretches of open land, but he also makes people think there's someone else in the car with me. This is a safety measure to some extent, but mostly it makes me look less crazy when I begin talking to myself around the time I hit Missouri.

I'm bored already. I've considered turning back but figure I've already made it this far, might as well venture on.

I've made it to the state of Indiana, which isn't saying much, as Indiana is a stone's throw away from Cincinnati. Indiana is the Hoosier State. I don't know what a Hoosier is, but I'm going to say it's a bird of some sort. Indiana has a lot of open land, mostly because no one wants to say they live in Indiana. It's the poor man's Ohio. Which, again, isn't saying much.

Still in Indiana, but have stopped off to pee and may have stumbled upon the greatest find since Christopher Columbus discovered Africa in 1983: 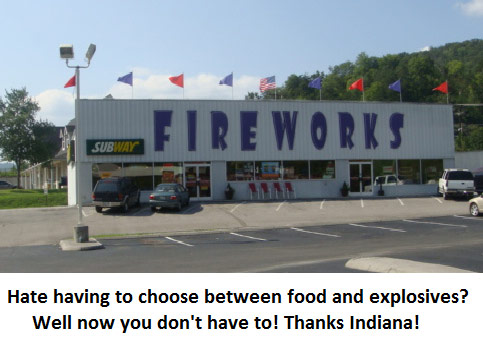 Made it to Illinois, the land of Lincoln. Who knew there was an entire state dedicated to the brother from Prison Break?

Now I know why they gave this state to Lincoln: there's nothing here, with the exception of Chicago, which we all know is home to the most powerful person in the entire world. Ah yes, Oprah Winfrey, a woman who could buy and sell me a thousand times over, light me on fire, piss on the ashes, and her piss would still be worth more than my charred remains.

Chicago is also home to fellow PIC columnist Bill Dixon, who I briefly considered visiting while in Illinois. But if I want to have time to make it down to Atlanta, Georgia to complete my weekly ritual of sitting outside Court‘s bedroom window and watching him sleep, I knew I'd better press on.

Made it to Missouri and decided to stop off for some dinner. Naturally, I've chosen Cracker Barrel, the designated food stop for every Caucasian on a road trip. 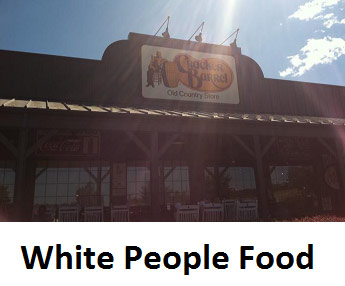 Cracker Barrel is a Southern-style restaurant, serving everything from grits to fried chicken. It's Southern-style because of the food, but also because it's the year 2011 and black people still aren't allowed in. Seriously, have you ever seen a black person at a Cracker Barrel?

God, Missouri is huge. On my map it told me that it was only two fingertip-widths wide, but I forgot to factor that the map is not actual size. This trip is going to take a lot longer than originally planned.

Tulsa, Oklahoma, which, as my 12-year-old pre-pubescent-self recalls, is home to the Hanson brothers, collectively responsible for the first tingling sensation I ever felt in my nether region. 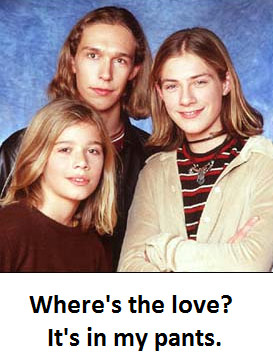 I consider stopping for the night to sleep, but like the Jewish boy I lost my virginity to my sophomore year of college said when I complained that my hymen hurt, I declare, "I will not pull out now! I'm too far in!"

I somehow made it through Oklahoma and into Texas. I have no idea how exactly, as I'm pretty sure I fell asleep at the wheel somewhere after Oklahoma City. Also, I apparently stopped to fill up my gas tank and completed this Rubik's Cube I've been trying to solve for the better part of a decade now. Who knew I was so productive in my sleep?

I call one of my friends back in Ohio in an attempt to stay awake. Upon finding out that I'm in Texas, she comments on the size of the state and how long it will take me to drive through it. I reply, "No, it's just the tip so I don't know how big it is." The silence that follows brings me to the realization that I have missed a prime "that's what she said" moment. It is then that I know it is time to stop and sleep.

Stay tuned for part two of my travel diary as I continue my epic journey through this great nation of ours. Right now, however, I'm going to gamble my money away and then pick up a hooker on the Las Vegas strip. God bless America!