5 Reasons It's Your Parents' Fault You're Fat

Despite what fitness gurus, Dr. Oz, or that asshole at the office who daily tells you about his morning jog and is probably named Brad or Joe try telling you, almost every diet and exercise program is focused on increasing your caloric expenditure or reducing your caloric intake. The common logic across the pseudo-scientific, striated-muscled fitness world is that people who are fat just eat too much or are lazy. It's entirely their fault, they exercise too little, they claim glandular issues, their feet look disproportionately small, and every single one of them watches Shallow Hal twice a week.

Let me propose a question: What if someone's propensity to being overweight, including their exercise and diet habits, can be traced back to genes and the environment in which they were raised? If the conditions that make you fat or skinny, exercise-addict or couch-potato, can all be traced back to conditions out of one's control, you'd quickly realize that it isn't fair to try to put yourself in someone else's shoes and reason that you'd be able to drop those few extra lbs. If you were in somebody else's shoes that look tiny compare to their huge ankles watching Shallow Hal, you'd BE them. So weight, motivation, metabolism, feelings towards exercise, and even likelihood to change any of those really aren't something someone can allocate blame or take credit for.

So if it's not your fault you're fat, then whose fault is it?

1. They fed you chemical cocktails.

Do you remember that scene in The Sixth Sense when the entire funeral party of the little ghost girl is really sad because the movie's almost over so Bruce Willis is free to go make more Die Hards? Well, immediately following that, Haley Joel Osment's character delivers the damning tape of the girl's mother poisoning her daughter's lunch, effectively ruining the nice catered and chemically kosher meal for the rest of the funeral posse.

Now insert yourself into the place of that little girl. That is exactly the same position you were in growing up…except the poison was Bisphenol-A (BPA) instead of household cleaner, it made you fat instead of dead, and your mother didn't have Baron Munchausen Syndrome or whatever. 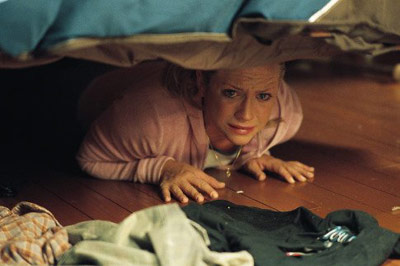 "Wait, that household poison you slowly murdered me with was in a PLASTIC CONTAINER?"

BPA is a synthetic chemical that has been around since the 50's that is present in line pipes and containers, as well as in a variety of plastic products that otherwise wouldn't be interesting. In humans, it acts as an endocrine-disrupting compound and its toxic potential has caused a stir with scientists and consumer advocates beginning in the mid-2000's, particularly concerning fetuses and infants. It wasn't until last year that it was banned by the FDA for use in sippy cups and baby bottles which was really important since manufacturers had already ceased use anyway. In 2010, Canada became the first country to label it a toxic substance because it wasn't a goose or hockey puck.

If you're old enough to read this, your parents have probably been exposing you to BPA in the form of baby bottles, soda cans, and even sports equipment if they loved you and supported you at Little League, Dad. A study done by Indians (the doctor kind) showed that even when controlling for caloric intake, children who had the highest amount of BPA in their urine were more likely to be obese than children who had the least. Another study even linked high urinary BPA levels to sexual dysfunction in males. So, whether it was inadvertent or your limp-dicked dad thought it would be funny to pee in his infant's formula (kind of would be), your parents set you up with an IV of obesity from Day 1.

2. They gave you shitty genes.

When they're not giving mice electrical shocks or cocaine (both, if you're into that sort of thing), scientists are always breeding knockout mice, which sound like mice that would end up on a YouTube video featuring some high school football players in Texas, but are really just mice bred with missing genes. 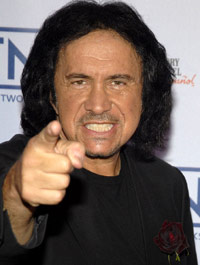 Not a shitty Gene.

TRIP-Br2 is a protein that is involved with metabolism and fat storage. Mice have it, humans have it, Adrien Brody has it. However, when mice are specifically engineered not to have it, no matter what they ate—even when they were fed more fat than normal—they gained no excess weight and were perfectly fit to go dig and run restaurants and other rodent stuff. However, when mice that did have TRIP-Br2 were given the same diet, they gained a substantial amount of weight and their health declined.

Another study separated rats by those that liked to run the most and those that liked to run the least. Then they bred the best runners together and the worst runners together, repeating the cycle through ten generations. The offspring of the Lance Armstrong/(insert name of any Kenyan) rats ran 10 times more than the lazy rats. Out of 17,000 gene candidates, the scientists identified 36 that differed between the two groups.

3. They gave you antibiotics. 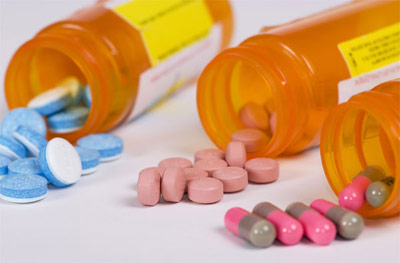 Made with bits of real housewife so you know it's good.

One thing you may have noticed is that livestock are fat. In fact, most people want their livestock to be fat because, interestingly enough, they will then use meat from the livestock to make food. People then eat the food. You learn something new every day.

For a long time, farmers and ranchers have been using antibiotics in agriculture. The obvious reason would be to prevent the livestock from contracting illnesses when the rancher's son doesn't wear a condom, but antibiotic use is also used specifically for the purpose of increasing weight.

Scientists didn't listen to their Ayurvedic doctors and put some mice on antibiotics. Six weeks later, the mice that were given antibiotics gained 10-15% more fat than the mice that were not given antibiotics. In children, which aren't mice, a study found that those given antibiotics from birth to 5 months had higher Body Mass Index (BMI) than those who were not. The study revealed: "By 38 months of age, exposed children [to antibiotics] had a 22% greater likelihood of being overweight" and also "…the kids were also responsible for all of their parents' marital issues and should stop being so loud on planes." The researchers concluded that antibiotics kill healthy gut bacteria and throw the gastrointestinal system off balance.

4. They got you addicted to junk food.

Two groups of preggo rats were involved in a study in which one group was given human junk food and the other just ate gross rat stuff. The pregnant rats that drank things like Alp Wet Stuff On Grass In The Morning and ate things like Lying Down's Potato Chips (generic names) gave birth to offspring whose opioid systems were less sensitive to the effects of junk food consumption. In other words, they developed a tolerance to it and would need to consume more in order to experience the same satisfaction as you or I when we spend our nights bobbing for Margarinephalanges candy bars in a soup of Nurse Practitioner Pepper (that one wasn't as good). The findings also suggest there are some Oedipus complexes that sons don't tell their friends about in the morning.

5. They moved you to the South. 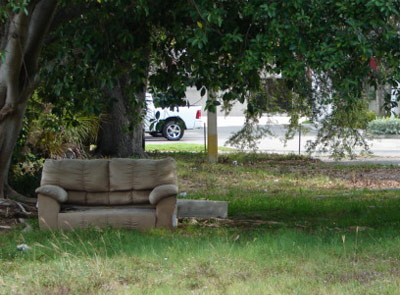 My parents didn't pull out on this pull-out.

Despite the recent tragic event that shocked Connecticut and the entire world (except places where that stuff happens every day, such as, most places that aren't Connecticut), Connecticut is a pretty nice place to live. They have full marriage equality in Connecticut, so it's a great state for same-sex couples to move if they want to…get away from black people. In addition, Connecticut ranks 50th among states with the highest adult obesity rate, behind only Colorado (where that marriage equality/black joke doesn't work as well so I didn't use it).

In the top 10 are Mississippi (33%), Kentucky, Louisiana, the Carolinas, Alabama, Tennessee, and Arkansas. All in the South, all with front lawn furniture and gay traps, all fat as shit. It's unclear whether there is a positive correlation between social equality and healthy adult weights, but it's quite peculiar that folks in Connecticut and Mississippi probably spend an equal amount of time on their knees and only one of those state's citizens don't resemble a young Ricki Lake. Apparently the Confederate Flag is really just a labeling X for people that will die of diabetes (die-abetes?!) so the incoming alien horde can ignore them.